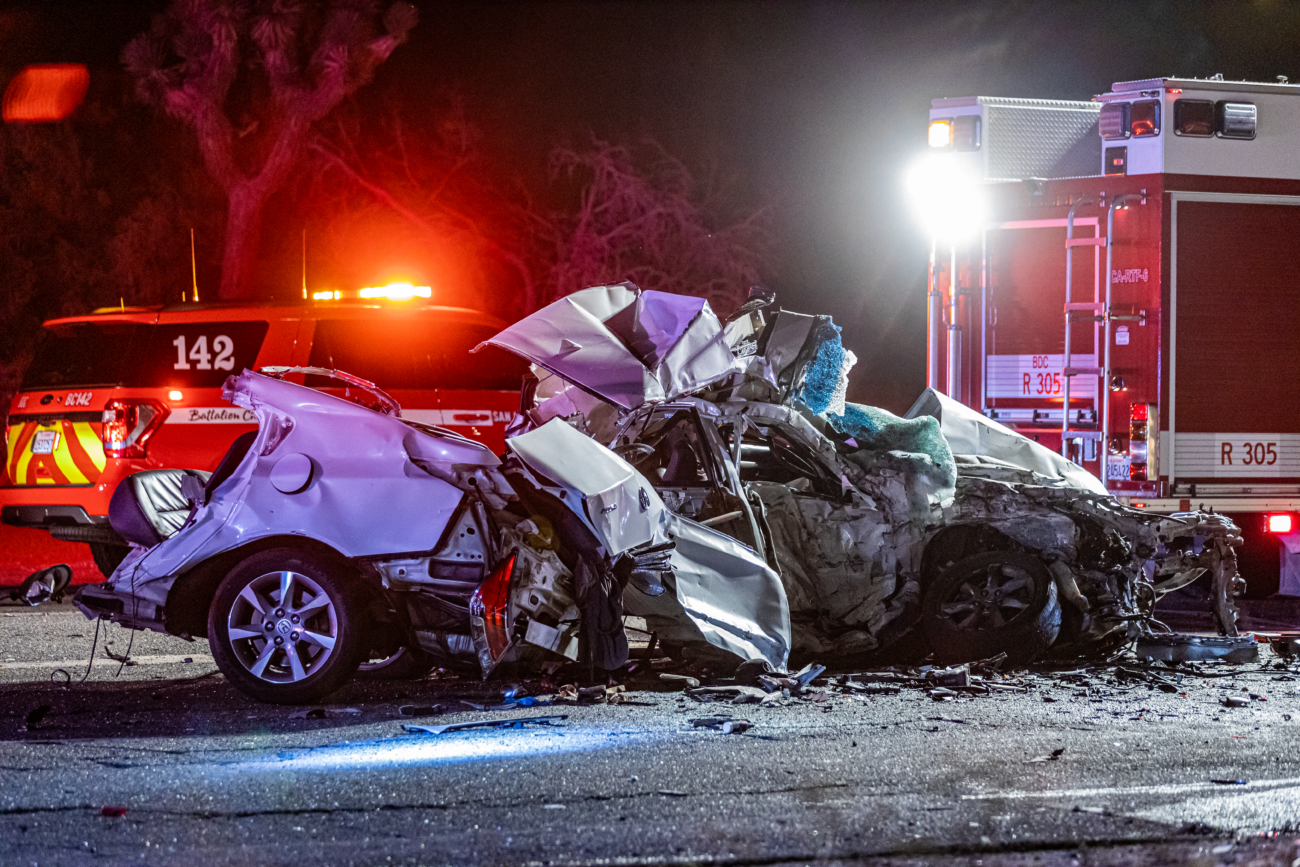 HESPERIA, Calif. (VVNG.com) — A crash in Hesperia killed two people and left two others critically injured, and one person uninjured.

On Friday, August 14th, 2020, at 8:41 p.m., San Bernardino County Firefighters and Deputies with the Hesperia Police Department were dispatched to a three-vehicle crash on Escondido Avenue and Sultana Street, about half-a-mile south of Walmart.

When firefighters arrived on scene they found a Honda CRV and a dark-colored GMC Yukon in the southbound lanes of Escondido Avenue with major damage. A white Acura was located in the center divider.

The force of the collision caused the Acura to split into two pieces, killing the driver instantly.

One person from inside the Yukon was declared deceased by emergency personnel, and an adult male and a teenage female were both airlifted to a trauma center for treatment of unknown injuries.

The male driver of the CRV was evaluated on scene by first responders, but he did not require medical transportation.

“I was probably the first to call 911,” stated a witness who did not want to be named. “I didn’t see much because it happened within seconds, but when I got out my car the man from the Yukon was saying his baby was still inside, but I think he was referring to his teenage daughter.”

Witnesses said the Yukon had initially caught fire but that a Good Samaritan with a fire extinguisher stopped and helped put it out.

Escondido Avenue was shut down for the landing of both helicopters and it remained shut down for several hours as the Sheriff’s Major Accident Investigation Team (MAIT) collected evidence and witness statements.

As of Saturday afternoon Sheriff’s officials have not released any details pertaining to the crash.

The identify of the deceased has not been made available.