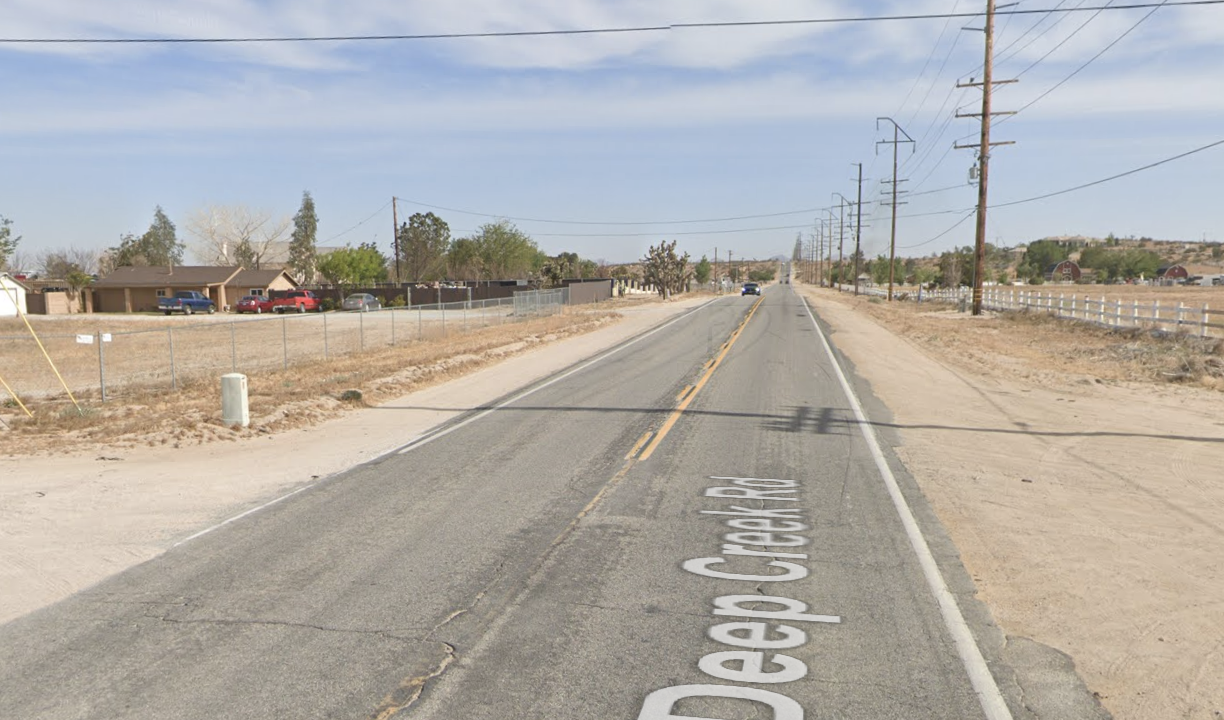 APPLE VALLEY, Calif. (VVNG.com) — Two people were killed and four others injured in a crash Sunday afternoon in Apple Valley.

Firefighters responded to the scene and determined they had multiple patients and upgraded the response to a mass casualty incident.

A total of four helicopters and five ambulances were requested to respond to the incident.

Emergency personnel pronounced two people deceased at the scene and reported they had four others listed as immediate and two delayed.

Deep Creek Road is expected to remain closed in both directions for the duration of the fatal traffic accident investigation.