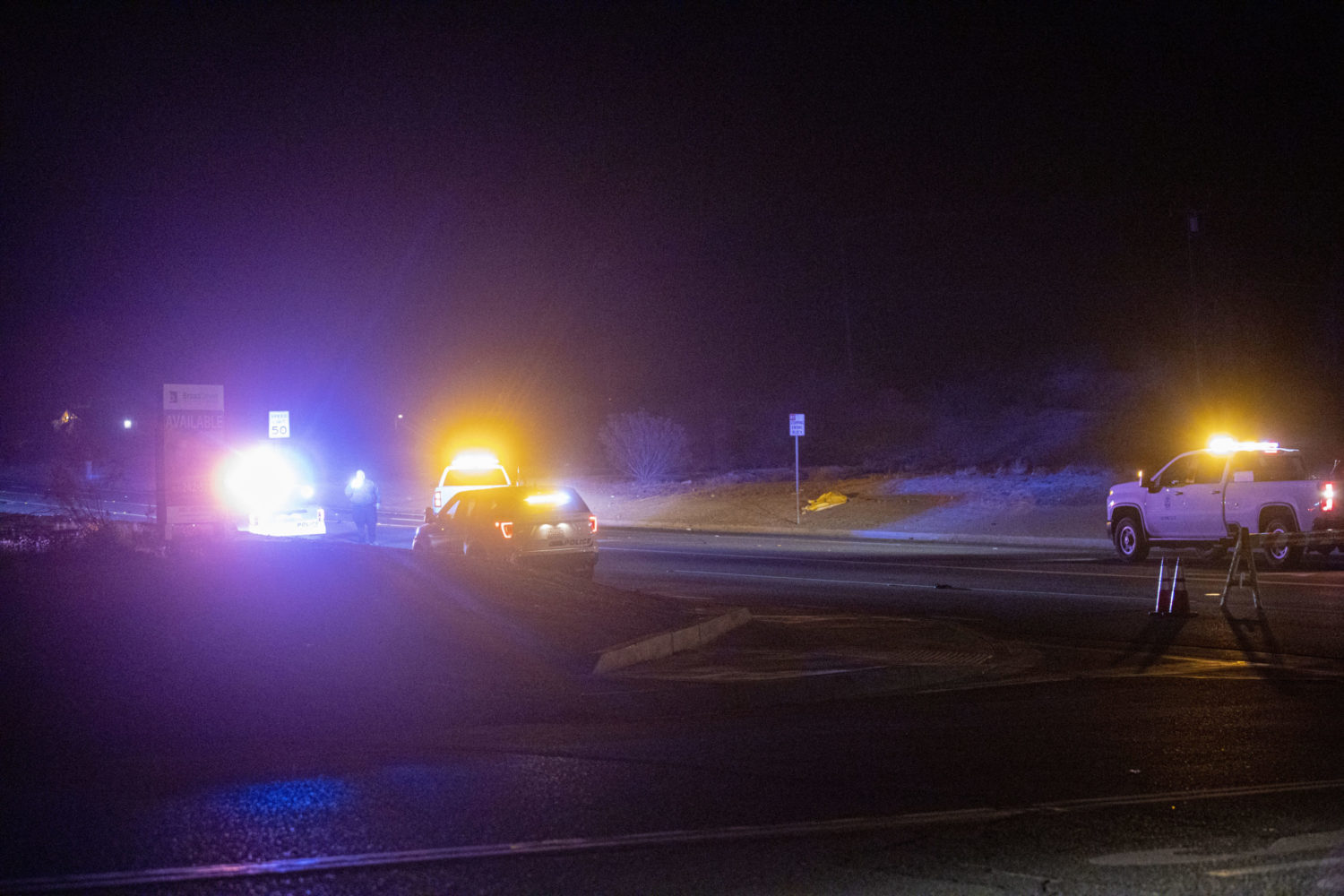 VICTORVILLE, Calif. (VVNG.com) — Two people were killed and a third was critically injured in a Monday night crash on Village Drive in Victorville.

Upon arrival, deputies located a motorcyclist and pedestrian down on the roadway. Despite life-saving measures, both succumbed to their injuries and were pronounced deceased at the scene.

The driver was identified as a 42-year-old male and the pedestrian as a 29-year-old male, both names are being withheld pending notification of next of kin.

A Mercy Air helicopter landed near the scene of the crash and airlifted a second pedestrian with critical injuries to Arrowhead Regional Medical Center.

Village Drive, between Amargosa Road and Vasquez Avenue, was closed for several hours during the investigation and re-opened around 4:00 a.m.

Sheriff’s officials said the cause for the collision is still under investigation and anyone with information about this investigation is asked to contact Deputy S. Lenihan or Deputy C. Bennington at (760) 241-2911 or Sheriff’s Dispatch at (760) 956-5001.