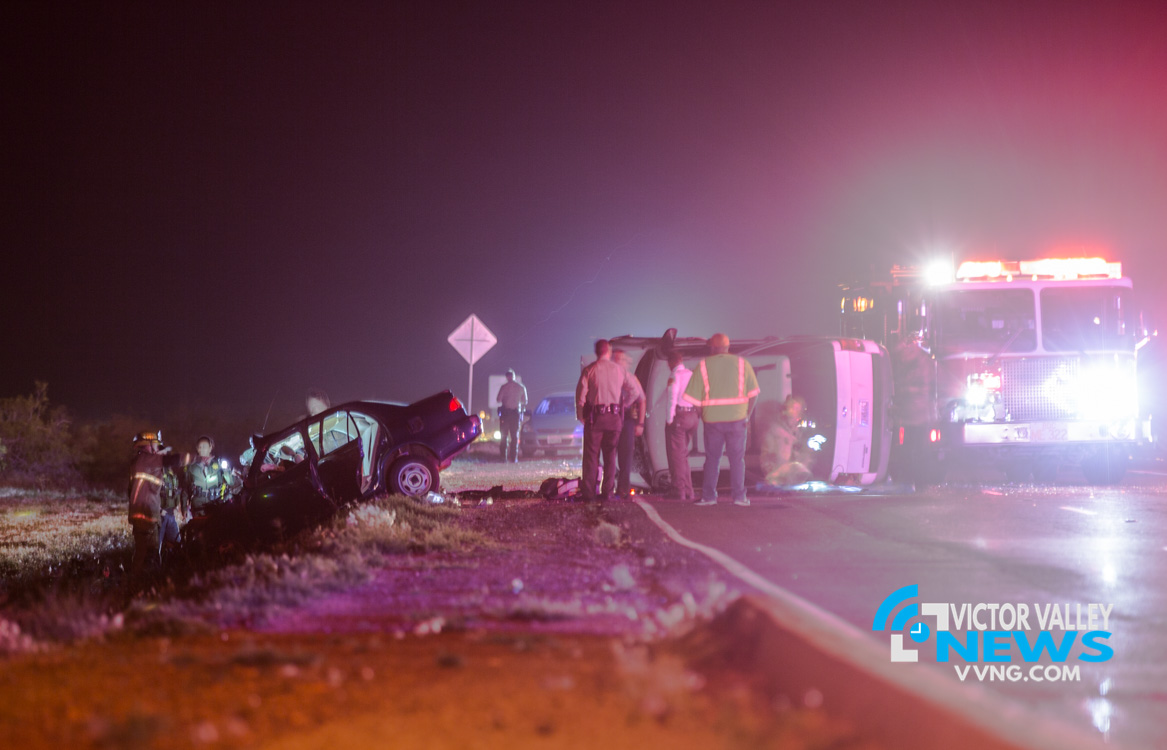 At about 8:10 p.m. on April 28, 2017, dispatch received reports of a rollover traffic collision on Air Express Way just west of Phantom West in Victorville.

A reporting party stated their vehicle was sideswiped and the vehicle kept going and collided head-on with another vehicle, per scanner reports.

When deputies arrived on scene they located a 1999 blue Toyota Corolla partially off the roadway and down an embankment with major front end damage. The second vehicle, a 2003 white Ford Explorer was on its side in the roadway and a silver Honda Accord with minimal damage.

The Toyota was carrying a family of five at the time of the crash, authorities said.

One child and two adults inside the Toyota were pronounced dead at the scene. A second child was rushed via ground ambulance to Victor Valley Global Medical Center where they later died. A female juvenile was airlifted to a trauma center with life-threatening injuries.

Deputy Adam Hylin, confirmed four occupants inside of the Toyota have been pronounced deceased.

The Major Accident Investigation Team will process the scene and handle the investigation. Air Express Way will remain closed between Emerald and Adelanto Roads for several hours.