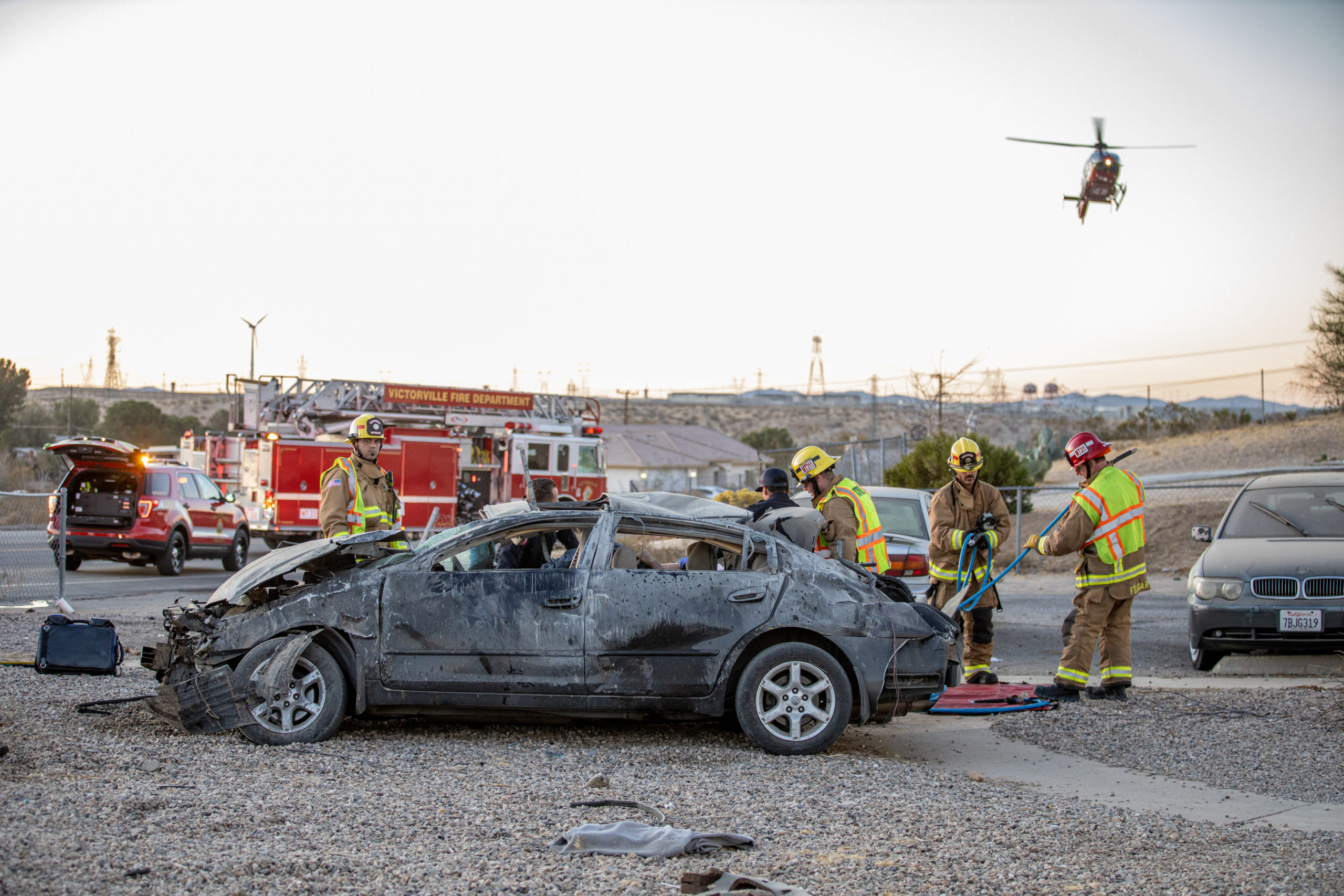 It happened at 4:22 p.m. on Village Drive near Vasquez Street.

One male occupant was able to exit the vehicle before emergency crews arrived, and a second person, reported to be a 17-year-old male, had to be extricated from the wreck.

The teenager was airlifted to a trauma center with unknown injuries. The second person was transported to a hospital as a precaution.

Johanna Espinosa told VVNG that she was driving home when she witnessed the crash.

“As I drove on Village Drive toward Vasquez Street, I noticed a white van that was pulled over to the right, but not all the way over,” Espinosa said. “As I passed van, I noticed the van making a U-turn in my rearview, and the next thing I saw was the black car flipping.”

Espinosa said the driver who made the U-turn had briefly stopped for a few seconds before driving off.

“He stopped because he knew what happened, but he left,” Espinosa said ok disbelief.

Another witness followed the white van into Adelanto until deputies made contact with the driver.

It’s unknown if the driver of the white van received a citation, as the sheriff’s department was not immediately available for comment at the time of publishing this article.

Pedestrian struck and killed on I-15 Saturday night in Hesperia