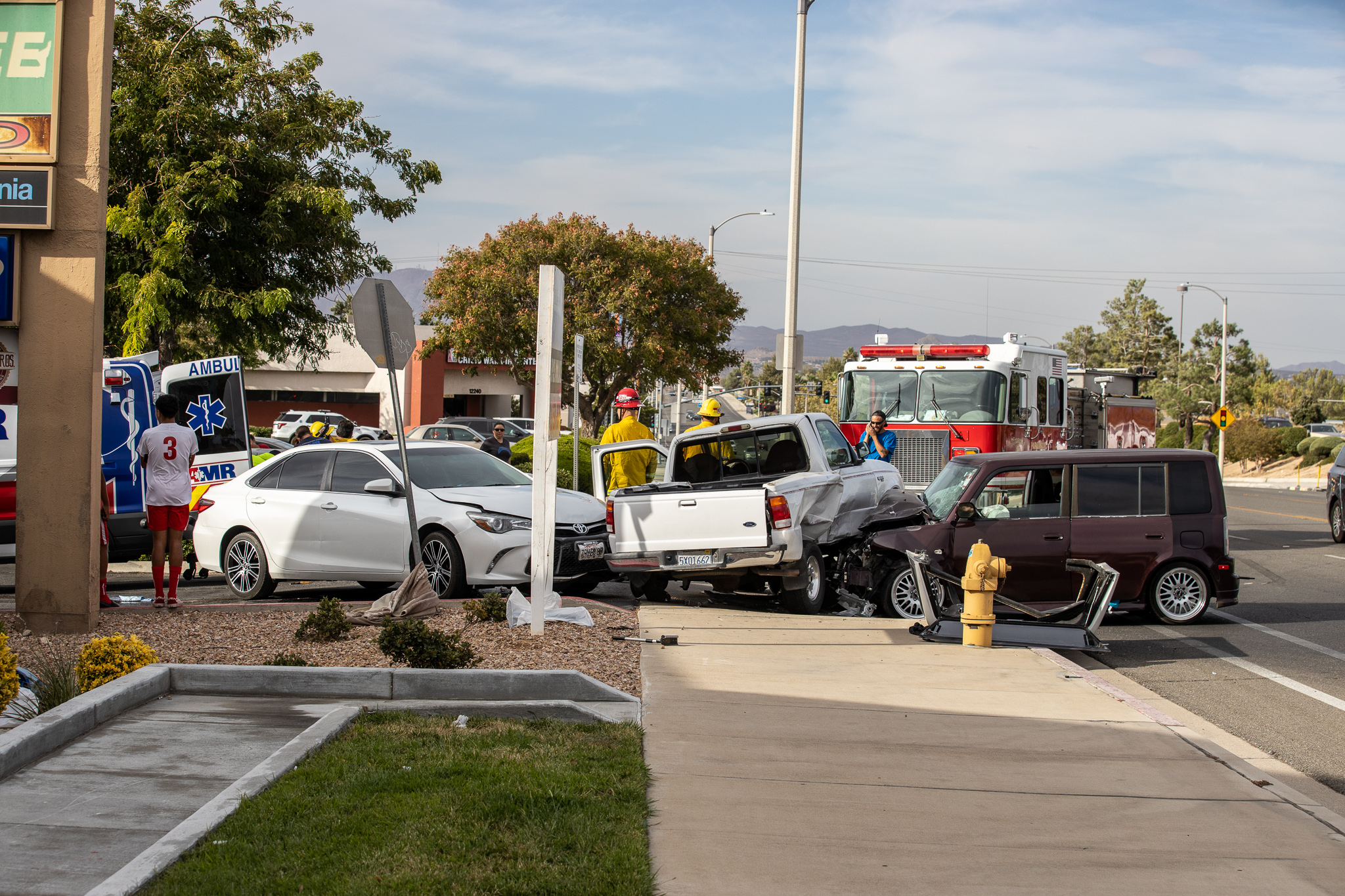 It happened at about 4:09 pm on September 15th in the 12200 block of Hesperia Road, just north of Bear Valley Road.

“We were waiting at the stop sign to turn onto Bear Valley Road from the parking lot where the Dollar Tree is, the truck was across the street in the Von’s parking lot and went across traffic to come into this parking lot,” stated an occupant in the white Toyota.

According to the occupant of the Toyota, the truck was t-boned by a purple Scion that was traveling south on Hesperia Road. The impact of the collision sent both vehicles into the white Toyota that was stopped and attempting to exit the shopping center.

Two occupants, a female from the Toyota, and the male driver of the Ford were taken to a local hospital with non-life threatening injuries.

A female from the white vehicle was transported to a local hospital.