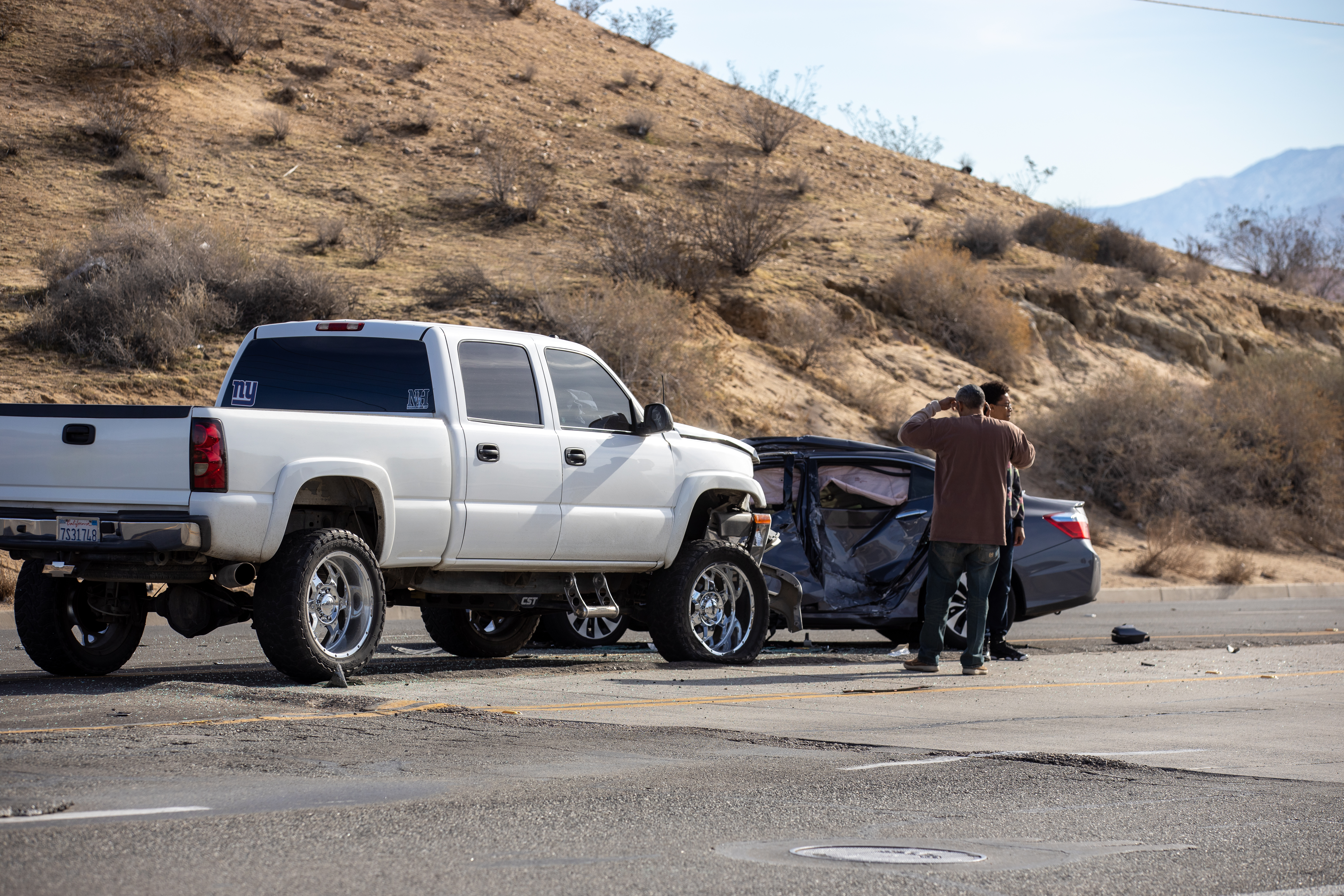 VICTORVILLE, Calif. (VVNG.com) — Two people were transported to a hospital following a Friday morning crash on Hesperia Road in Victorville.

The two-vehicle crash involved a white 2005 Chevrolet Silverado and a gray 2015 Honda Accord.

The lifted pickup truck sustained front-end damage and the Honda had major damage to the driver side.

Victorville Fire responded to the call and determined extrication would be required for the driver of the Honda.

Firefighters initially requested an airship, however, the request was later canceled and the critical patient was transported by ground ambulance to Arrowhead Regional Medical Center.

An additional ambulance was requested for a second patient with less critical injuries.