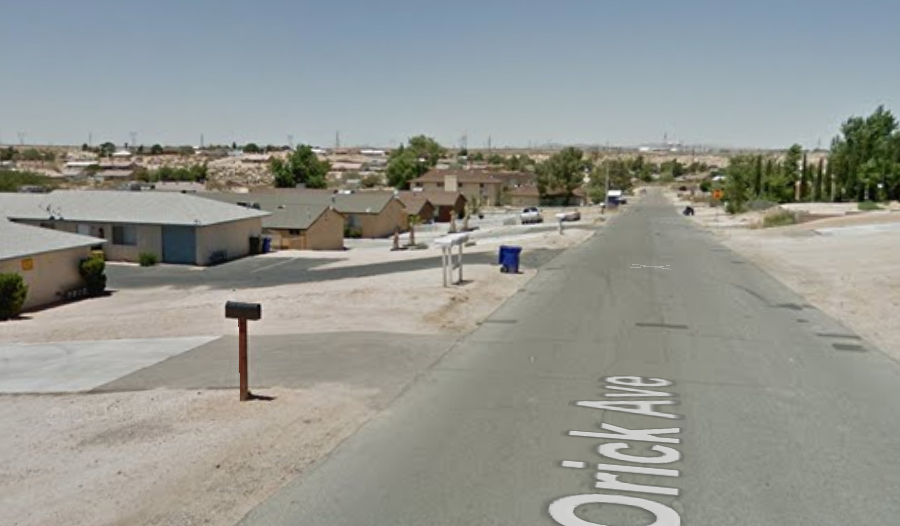 VICTORVILLE, Calif. (VVNG.com) — Two people were struck by gunfire during a drive-by shooting in a residential neighborhood Thursday night.

Sheriff’s spokeswoman Cindy Bachman said deputies responded to a shooting and found that unknown suspects drove by the apartment complex and shot at people who were in front of the apartments.

“Two people suffered wounds to their legs and were transported to the hospital for treatment,” stated Bachman.

Neighbors reported hearing between 6-8 gunshots followed by the sound of a vehicle speeding off. Bachman said she had no update on the condition of the victims and suspect information was not available.

Anyone with information about the shooting or has surveillance video of the suspect vehicle is asked to call the Victorville Police Department at 760-241-2911.

Man hit with hammer and hatchet during attempted robbery