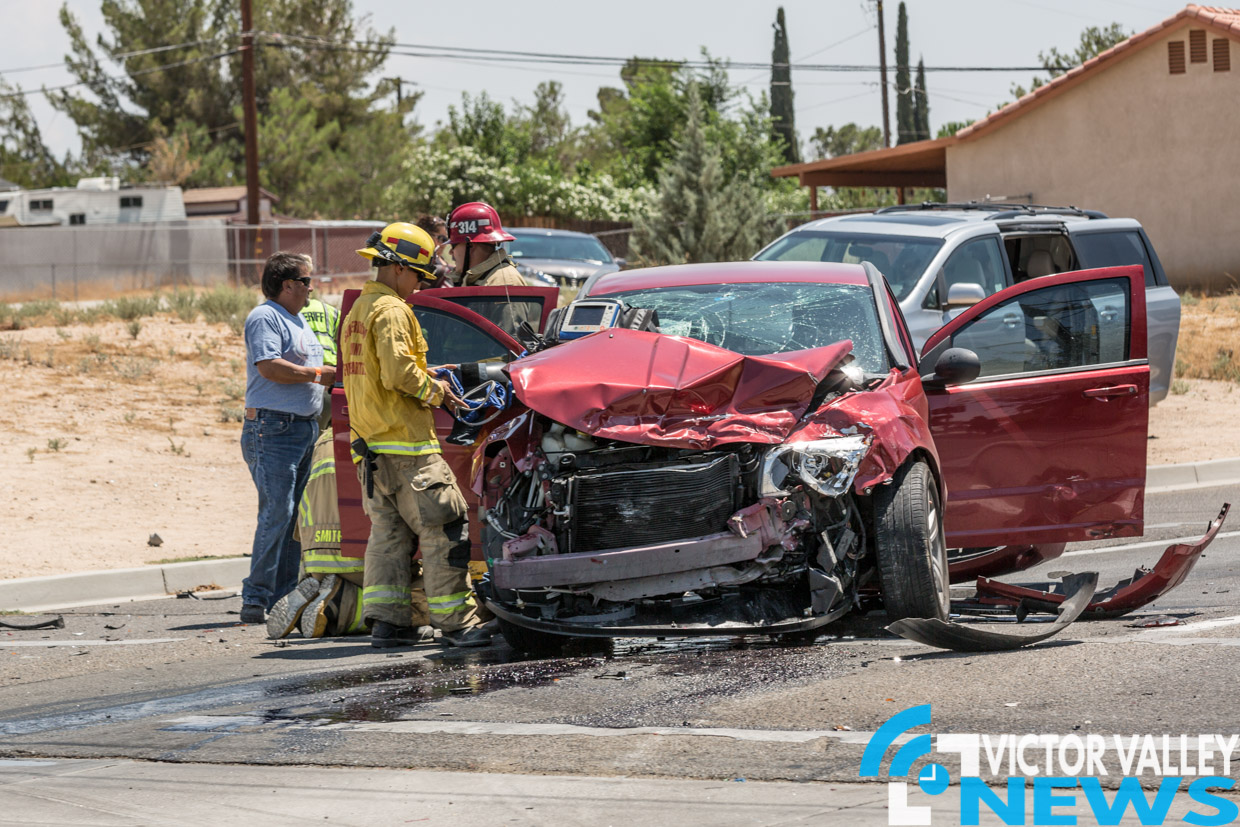 The crash occurred at the corner of Green Tree Boulevard and Third Avenue at around 1:12 p.m. Sunday involving a red Dodge Caliber and a white Toyota Scion.

According to Sheriff’s officials at the scene, the Caliber was traveling eastbound on Green Tree Blvd when it failed to yield for the red light and collided with the Scion that was traveling southbound through the intersection.

Two passengers, one passenger from each vehicle, suffered moderate injuries and were transported to various hospitals.

Officials said did not suspect drugs or alcohol were contributing factors in the crash.