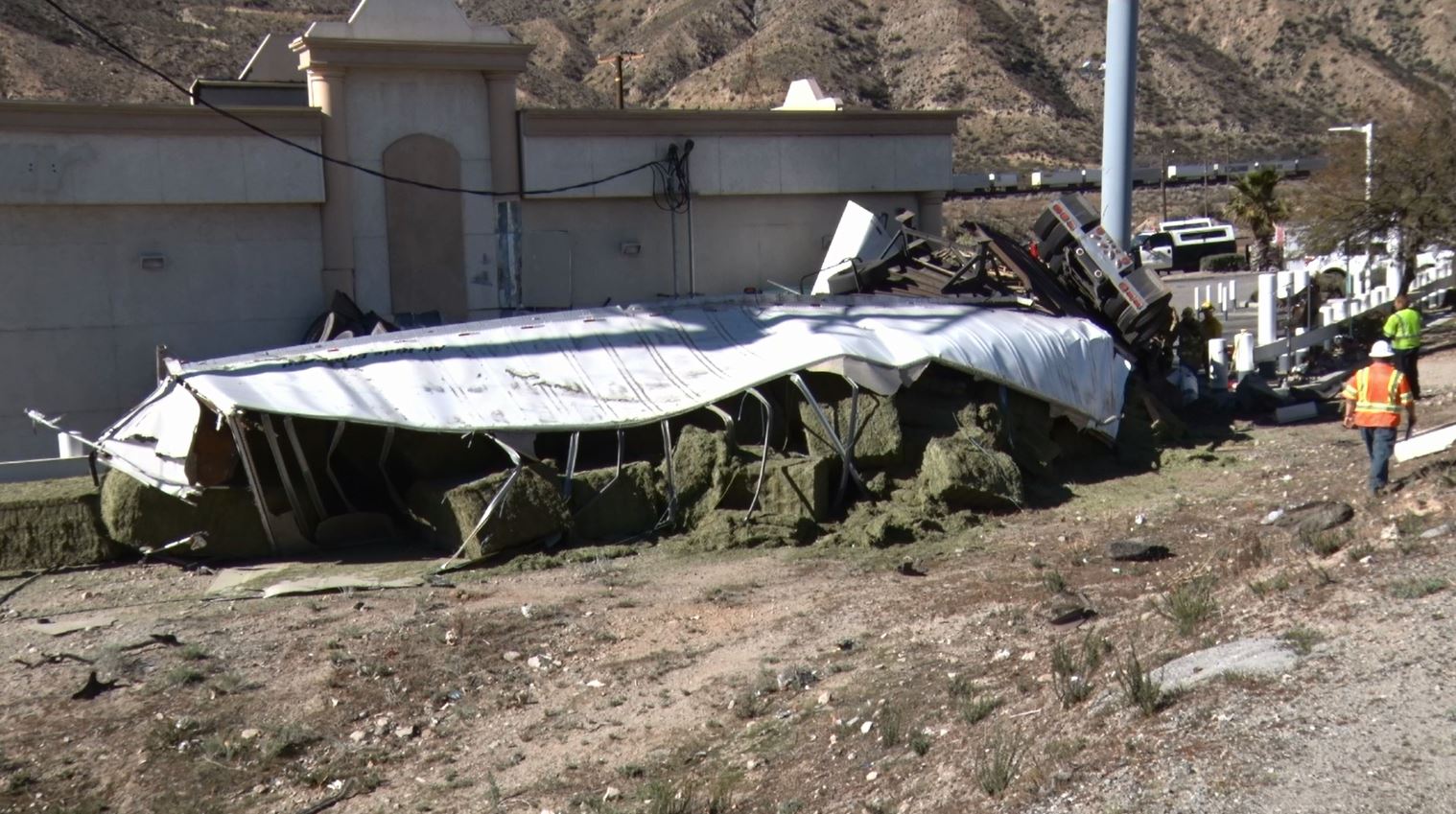 At aproximately 8:02 am, a crash involving a tractor-trailer was reported as it exited from the southbound I-15 onto the SR-138 off-ramp in the Cajon Pass.

Victor Valley News Member Cathy Hernandez said her husband witnessed the crash. “He said the rig was driving really fast passing up other cars. He thinks the rig lost his brakes and was unable to stop.”

Surveillance video of the crash shows the tractor-trailer exiting the 15 freeway off-ramp at a high rate speed nearly clipping a small white car, also exiting. Unable to stop, the semi continued across east and westbound lanes of Highway 138 and struck an SUV traveling east on SR-138.  The semi eventually came to a stop after crashing down an embankment and into the Shell Gas Station. 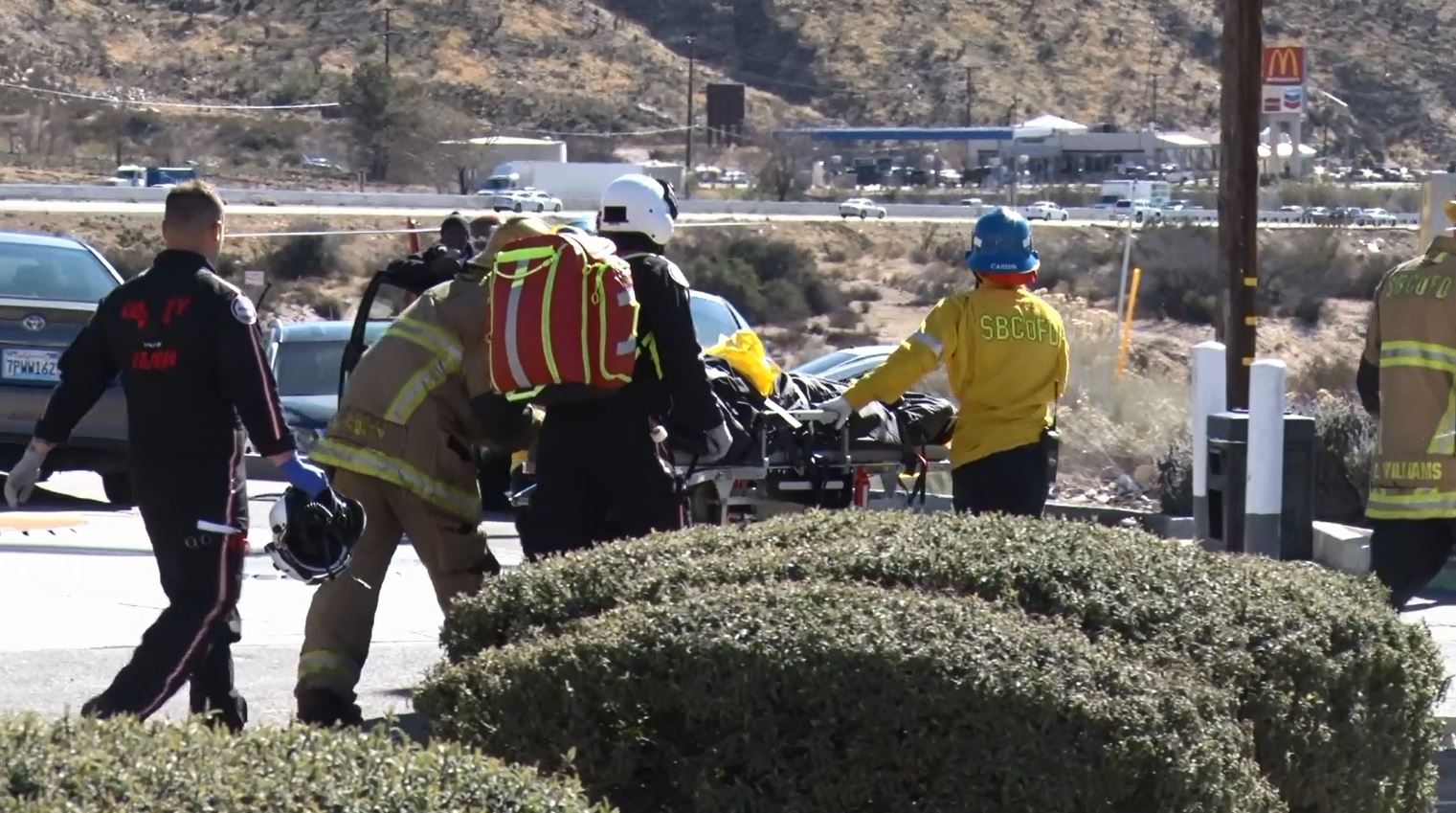 A witness at the scene said the occupants of the SUV were alert and complaining of whiplash after the crash. 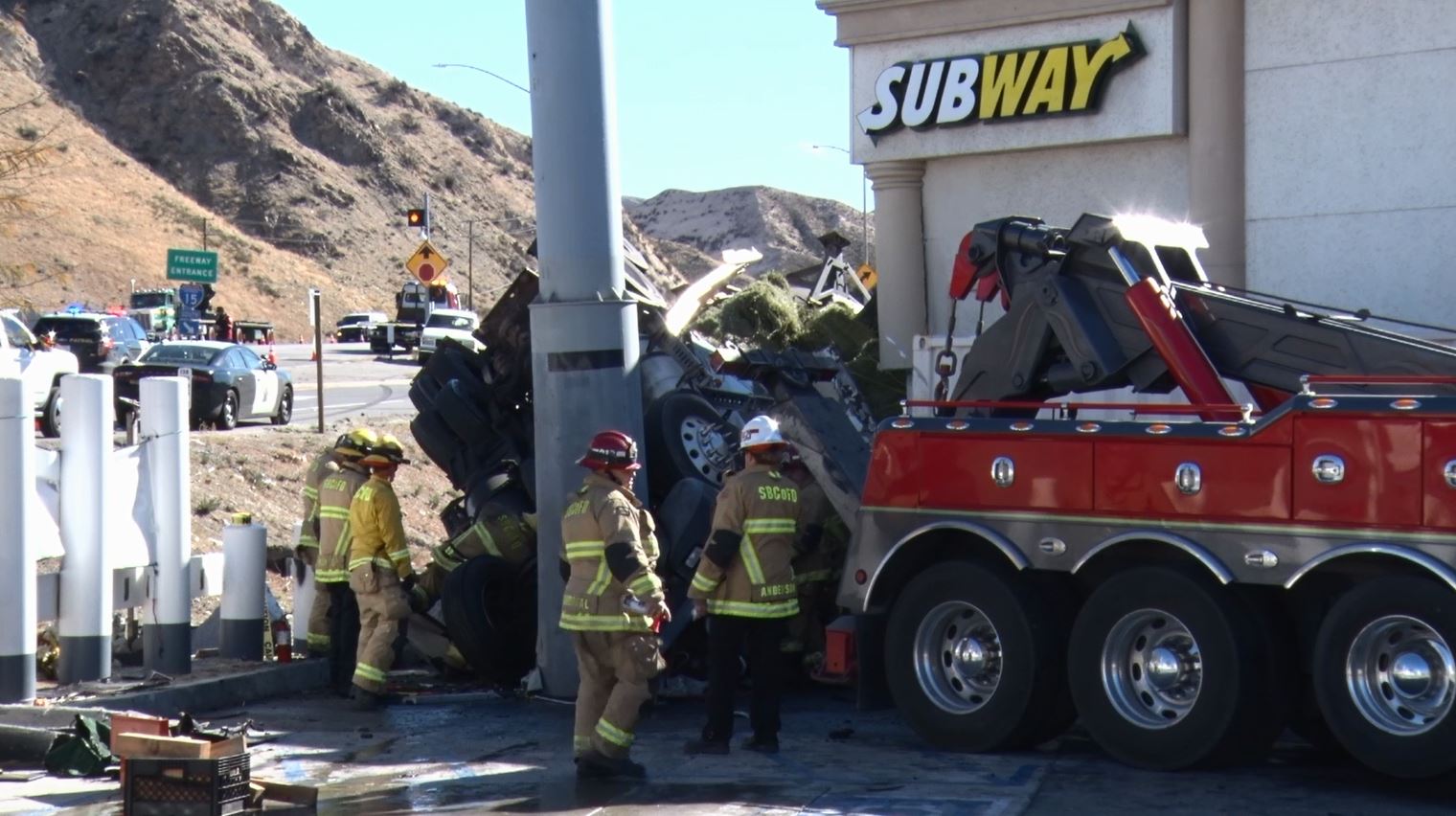 CHP has issued a hard road closure on the eastbound 138 from the southbound 15. The SIGALERT was issued at 8:12 am, and it’s unknown how long it will remain in effect for.

The story is continuing to develop and information will be updated as it becomes available. 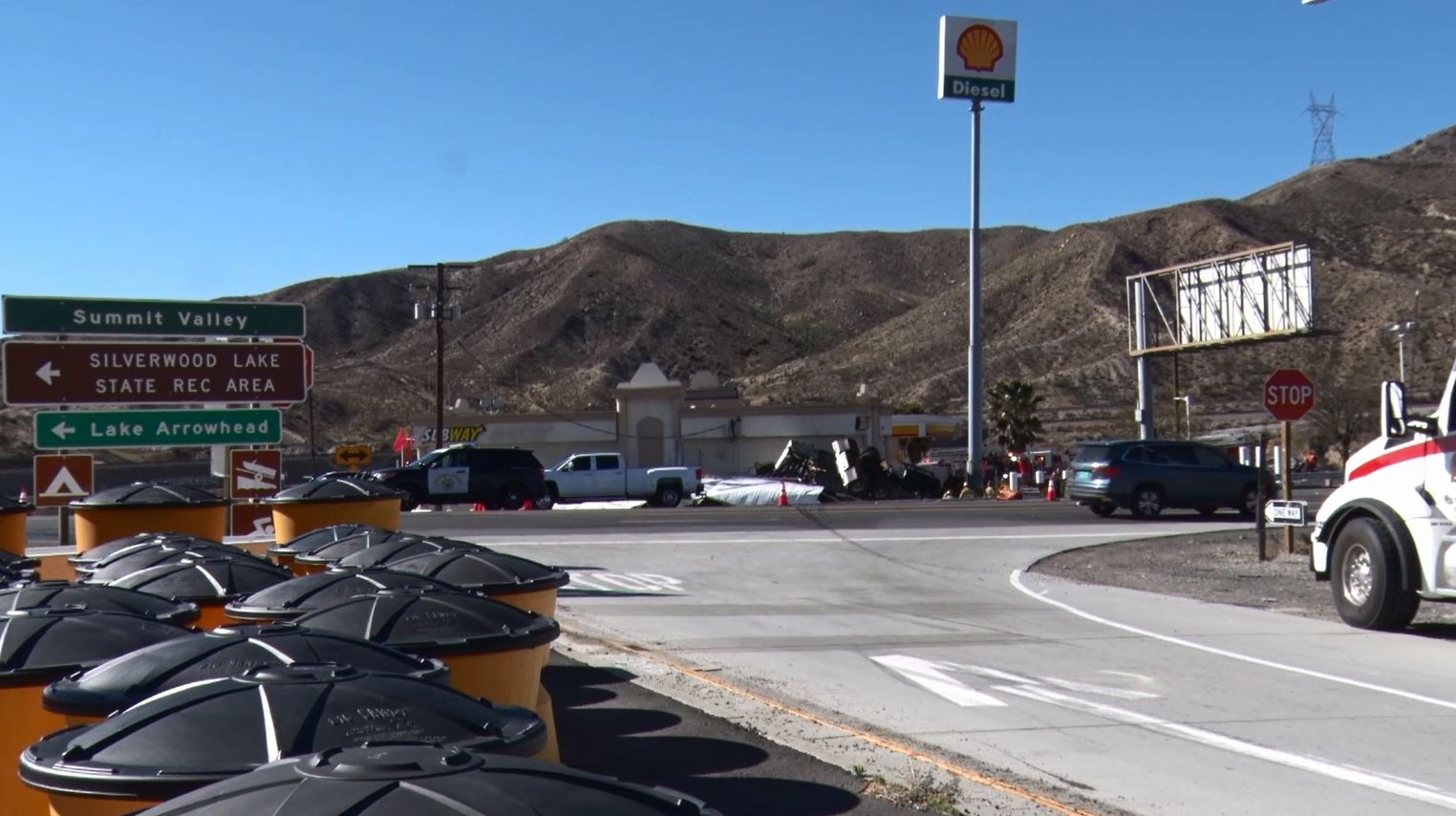