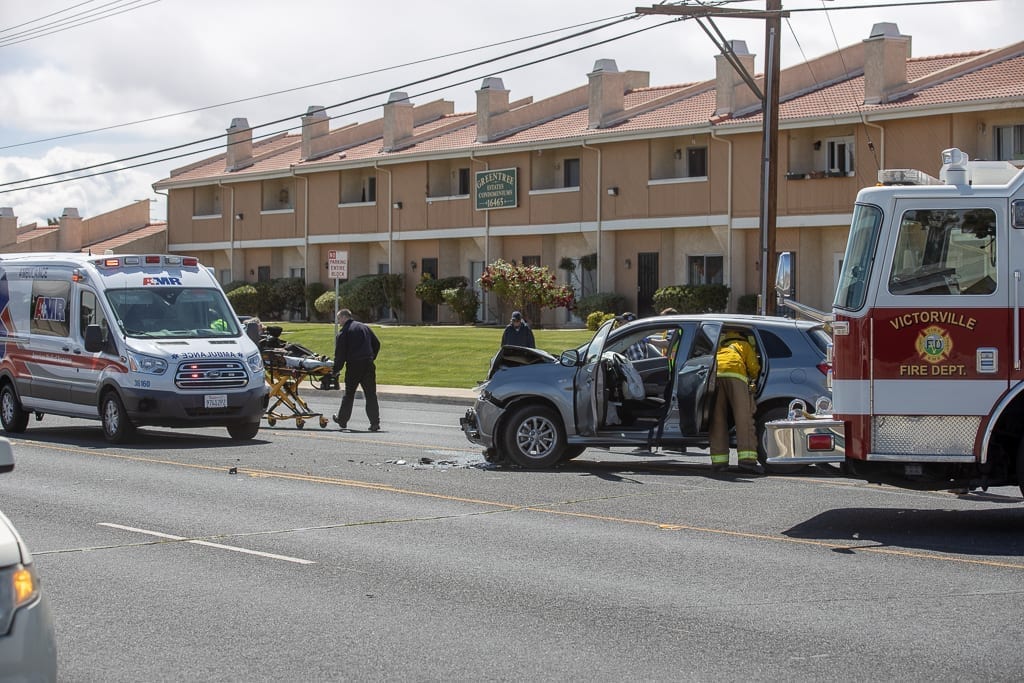 It involved a white Ford Edge SUV and and a silver Mitsubishi SUV.

The driver of the white Ford SUV told Victor Valley News that she was exiting the Green Tree Estates Condominium when the crash occurred.

“When I tried to turn onto Green Tree Boulevard there was a line of cars that stopped to let me go, and when I went to make my turn, I was hit,” stated the driver.

A male driver and female passenger from the Mitsubishi were transported with unknown injuries to a hospital.

The driver of the Ford was not injured. The Victorville Police Department is investigating the crash.