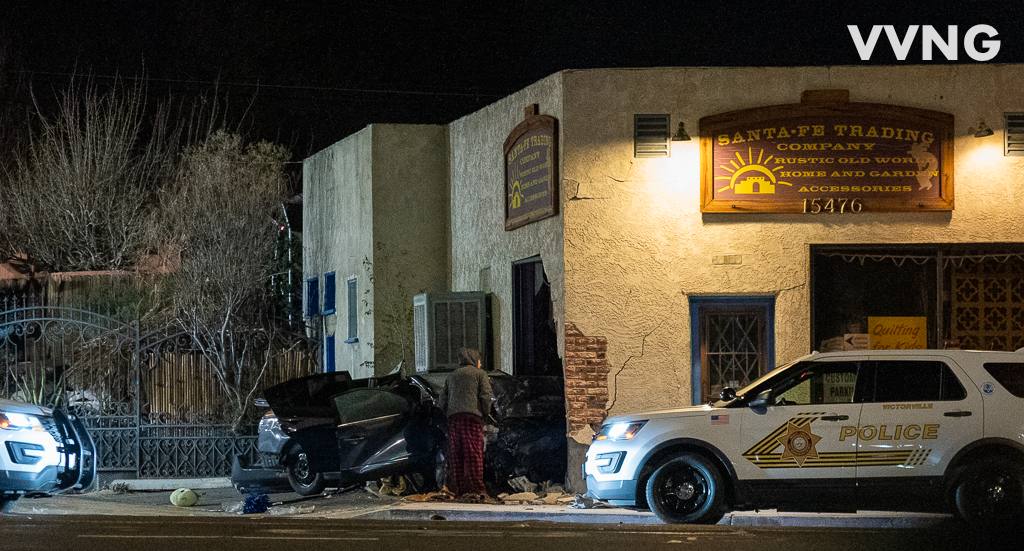 VICTORVILLE, Calif. (VVNG.com) — Two people were injured after a car traveling at a high rate of speed crashed into the Santa Fe Trading Company building in Victorville.

Firefighters from the Victorville City Fire arrived on scene and located a 2009 Nissan Altima lodged inside the building and confirmed extrication would be required. A medical helicopter was requested to respond.

Sheriff’s spokeswoman Mara Rodriguez told VVNG that two occupants in the vehicle were injured and both were transported to nearby trauma centers.

“The last update on the female passenger was she is in critical condition. The male driver was listed in stable condition,” stated Rodriguez.

Rodriguez said there was currently no information available, indicating if drugs or alcohol were a factor. “Investigators are investigating the possibility excessive speed may have been a factor,” stated Rodriguez.

Anyone with information about the investigation is asked to call the Victorville Police Department at 760-241-2911.