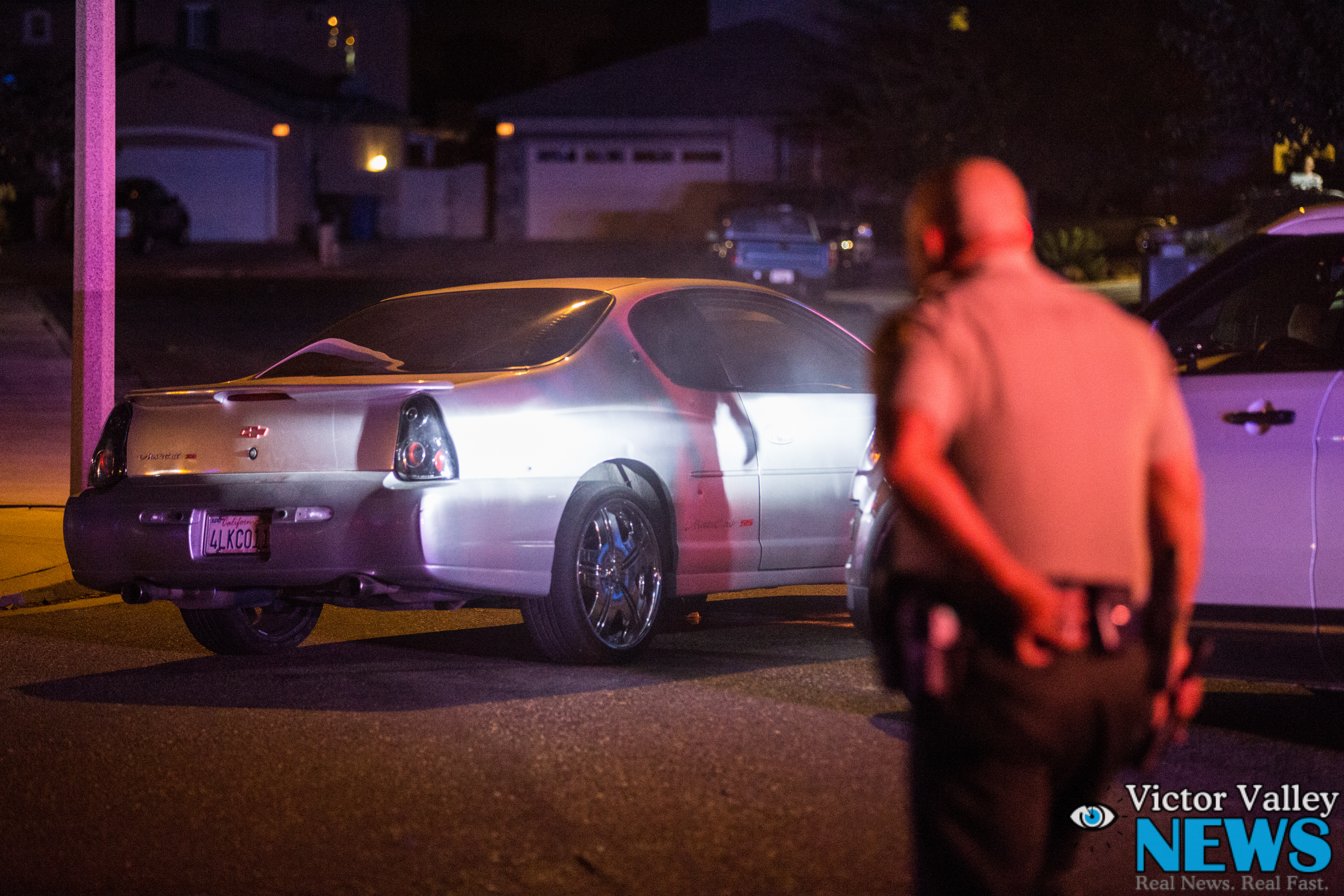 At about 10:15 p.m. on August 4th, a deputy called out a failure to yield on the I-15 freeway involving a silver Chevy Monte Carlo.

Per scanner traffic, the driver of the vehicle was on probation and the passenger a known career criminal for drug sales.

The vehicle was reportedly traveling in excess of 100 mph and eventually exited the freeway. The driver continued driving erratically at a high rate of speed through surface streets, blowing through stop signs and driving on the shoulder.

From Pacoima the vehicle turned north onto Amethyst Road and made a right onto Allegro Lane. The pursuit terminated on the 13700 block of Linda Street and Angelica Way. One of the occupants attempted to foot bail but was quickly apprehended by deputies. Both suspects were taken into custody without further incident.

After the pursuit ended the Monte Carlo started to catch on fire and San Bernardino County Firefighters responded to assist.