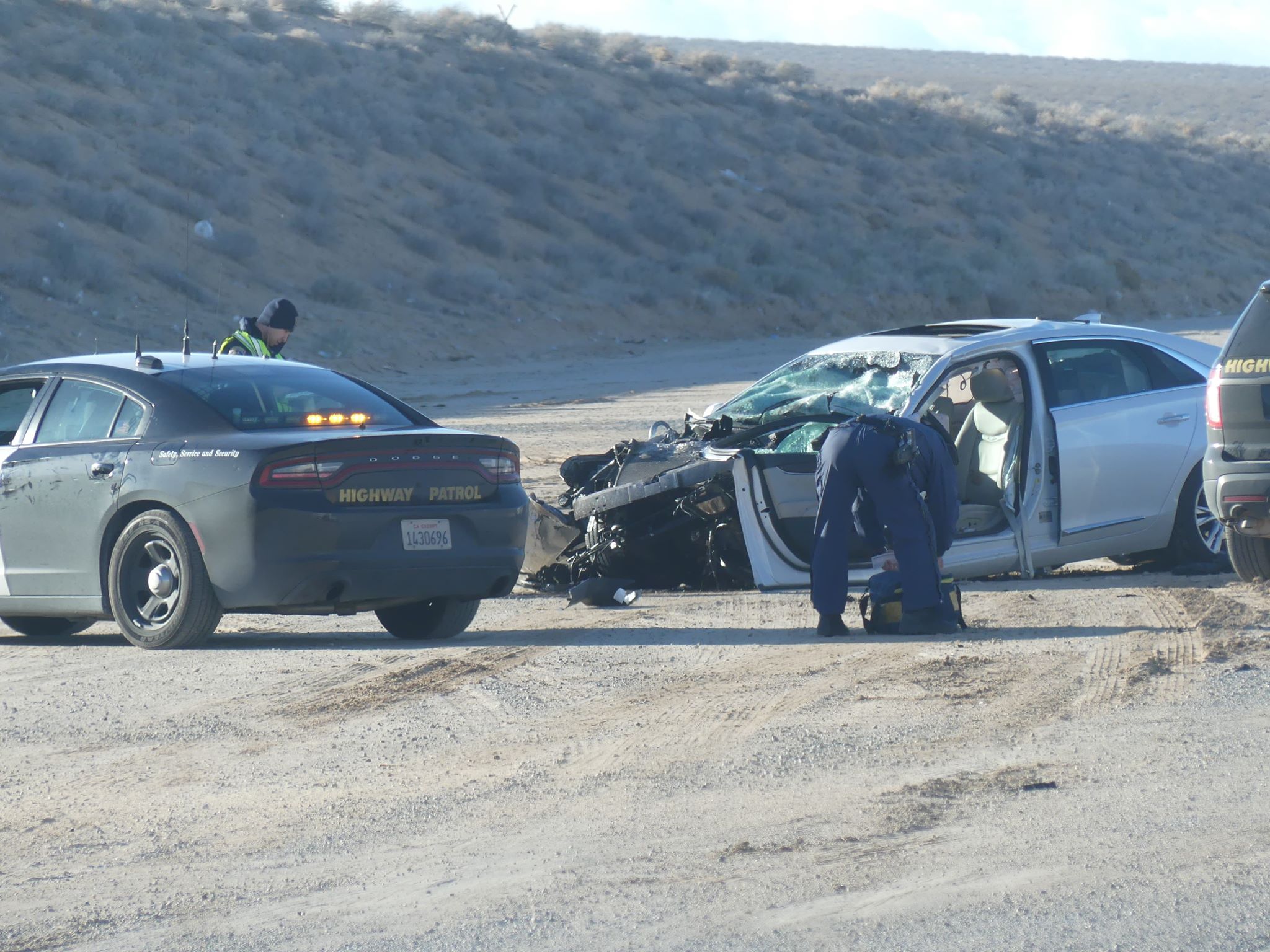 It happened at about 12:45 pm, when a 2012 Freightliner Cascadia towing a trailer was traveling eastbound on State Route 58, just west of Mile Marker 12.

According to CHP Officer Jacob Wheeler, the Freightliner was approaching a 2017 Ford F-250 towing a horse trailer and 2018 Cadillac XTS behind the Ford.

The 52-year-old male driver from Lancaster sustained major injuries and was airlifted from the scene to Arrowhead Regional Medical Center. The passenger, a 69-year-old woman, sustained moderate injuries and also taken to ARMC.

The Freightliner came to rest partially on the K-rail and partially within the lanes of SR-58. The Ford and the Cadillac came to rest on the shoulder of the roadway.

The driver of the Freightliner and Ford were not injured.

CHP officials said drugs or alcohol were not suspected and the cause of the crash remains under investigation.

Related Topics:airliftCrashhighway 58kramer junction
Up Next