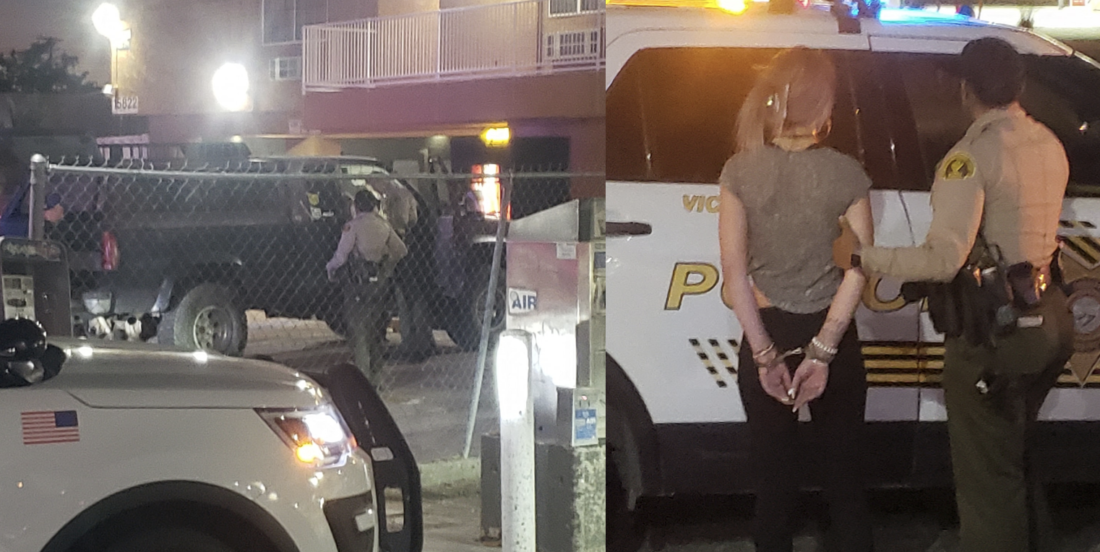 VICTORVILLE, Calif. (VVNG.com) — Two homeless women were taken into custody after they were caught in a reported stolen vehicle Tuesday night.

At about 8:00 PM on Tuesday, August 4, 2020, a resident of Oak Hills was driving in the area of Mariposa Road and Monarch Blvd when he recognized an SUV recently posted across Facebook as stolen.

The Good Samaritan turned around to confirm the plate # and contact the owner via social media who verified the truck was missing since August 1st. As the Good Samaritan waited for police, the stolen 1994 Chevy Silverado left the location, entered the southbound I-15 freeway, and eventually exited at Mojave Drive.

Deputies caught up with the stolen SUV and deputies pulled the truck over in the parking lot of the Economy Inn Motel near Mojave and Village Drives.

The driver, Yvonne Lugo, 40, and the passenger Renee Jasmine Walker, 20, were detained without incident. The women were arrested and booked at HDDC for PC496D(A) Possession of a Stolen Vehicle.

According to booking logs, Lugo is being held on a $50,000 bail and is scheduled for arraignment on August 6th. Walker was released from custody the following day and has no court appearance scheduled.