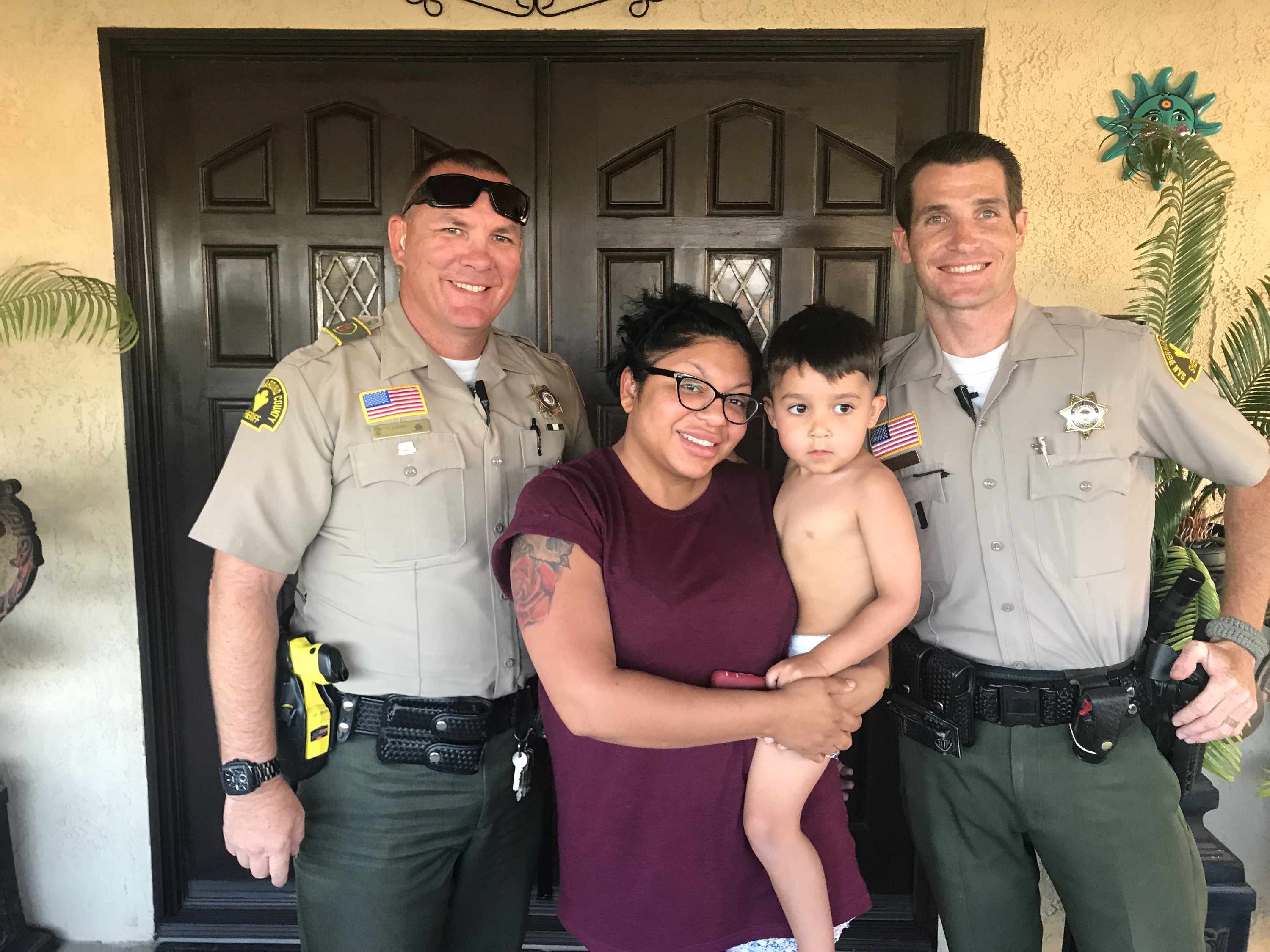 HESPERIA, Calif. (VVNG.com) A mother calls two deputies “heroes in uniforms” and credits them for saving her son’s life after a near-drowning.

After pulling her son’s limp body out, she called 911 while administering CPR.

The mother said Deputy Scott LaFond and Deputy Dustin Caudle — both of the Hesperia Station — arrived in less than two minutes and were able to revive her son, whose name is Major.

The two deputies immediately began CPR, breathing life-giving air into Major and pumping his chest to get his blood going, again.

“I don’t know what they did, but they got him to start coughing up all of the water. This one officer did two compressions and the water just starting coming out of him,” the boy’s mother said.

Knowing every second meant life or death, the deputies picked up the boy and rushed him to the awaiting ambulance.

The mother was able to breathe a sigh of relief when she heard her son begin to cry.

At the hospital, Major underwent several tests and x-rays, and to the doctor’s surprise, there was no sign of fluid or inflammation in his lungs.

“Those deputies saved my son’s life; it was so unreal. My family will forever be grateful for them. They even comforted me while I was terrified in the hospital room sitting in drenched clothing” Hadfield said.

“My son is autistic, and he doesn’t talk, but when he saw the two deputies he started talking and giving them ‘high fives,’ and that was another miracle in itself,” the mother said.

Hadfield lives in Texas and is visiting her mother who lives in Hesperia. She and her family had just arrived into town the day before the near-drowning.

“We were finishing up dinner, and I was putting things away, and I didn’t realize he had gotten out through the sliding glass door,” she said.

Nikia Hadfield said it took just minutes of her son being out of her view for this to happen.

“Me and my son have never really been in such a convenient area to a pool, and so I never had to think about that… but I would recommend to every parent who takes their kids around a pool to practice safety first. Talk to them about the dangers and always use fences and locks around a pool,” the mother said.