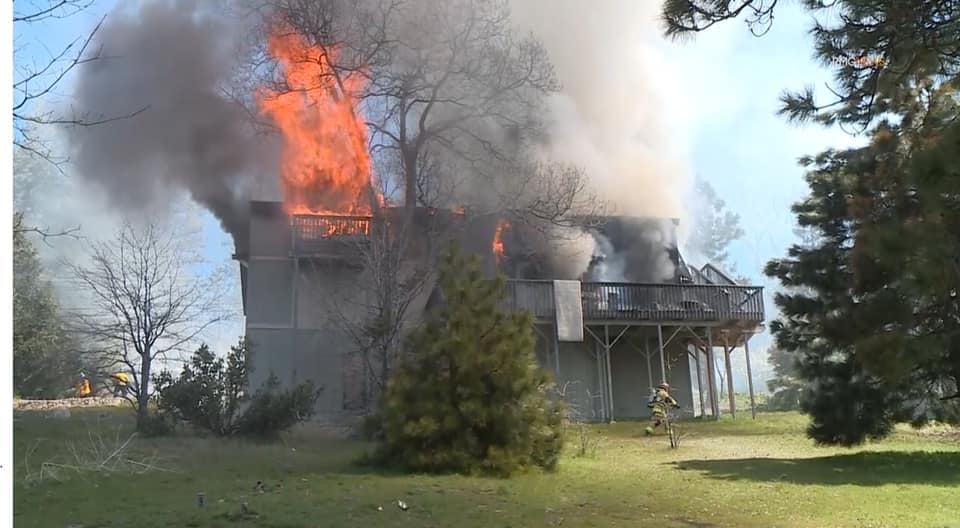 The first unit arrived within 3 minutes of dispatch to find smoke and fire showing from the front of the multi-story home.

“Once crews transitioned inside to extinguish the remainder of the fire and complete a search, a SBCoFD firefighter fell through a compromised section of floor to the basement area below,” stated McClintock. “A second firefighter nearby also partially fell through, but was able to self rescue.”

McClintock said both the firefighters quickly self extricated and were treated by an awaiting ambulance. Both injured firefighters received minor injuries and were transported to a local hospital for evaluation. Both have been released.

The fire was out in approximately 50 minutes and a search of the home came up negative. One occupant of the home was displaced by the fire.

A fire investigator was requested to determine cause and origin.