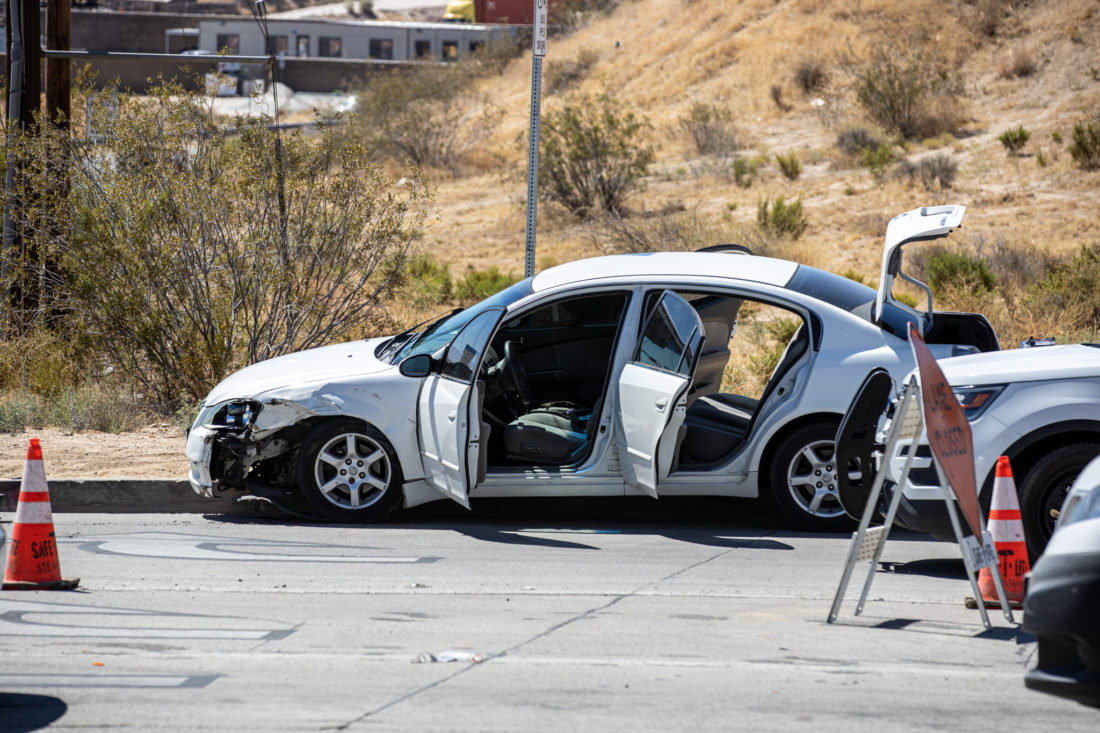 VICTORVILLE, Calif. (VVNG.com) — An adult male and a juvenile were detained following a hit-and-run crash Wednesday morning in Victorville.

At about 10:00 AM on July 29th a Victorville deputy was at a red light on Hesperia Road and Green Tree Blvd. when she witnessed a white Nissan sedan rear-end a black Chevy Silverado pickup truck.

Sheriff’s spokeswoman Mara Rodriguez said the Silverado was waiting in the turn lane, attempting to turn onto Hesperia Road when the collision occurred.

Both suspects ran across the desert and up a dirt hill before they were apprehended in the 13600 block of Dean Place, approximately 1,000 feet away from the scene of the crash.

Rodriguez said both suspects were taken to the Victorville station for an interview.

None of the involved parties sustained injuries in the hit and run. The Victorville Police Department is handling the investigation.