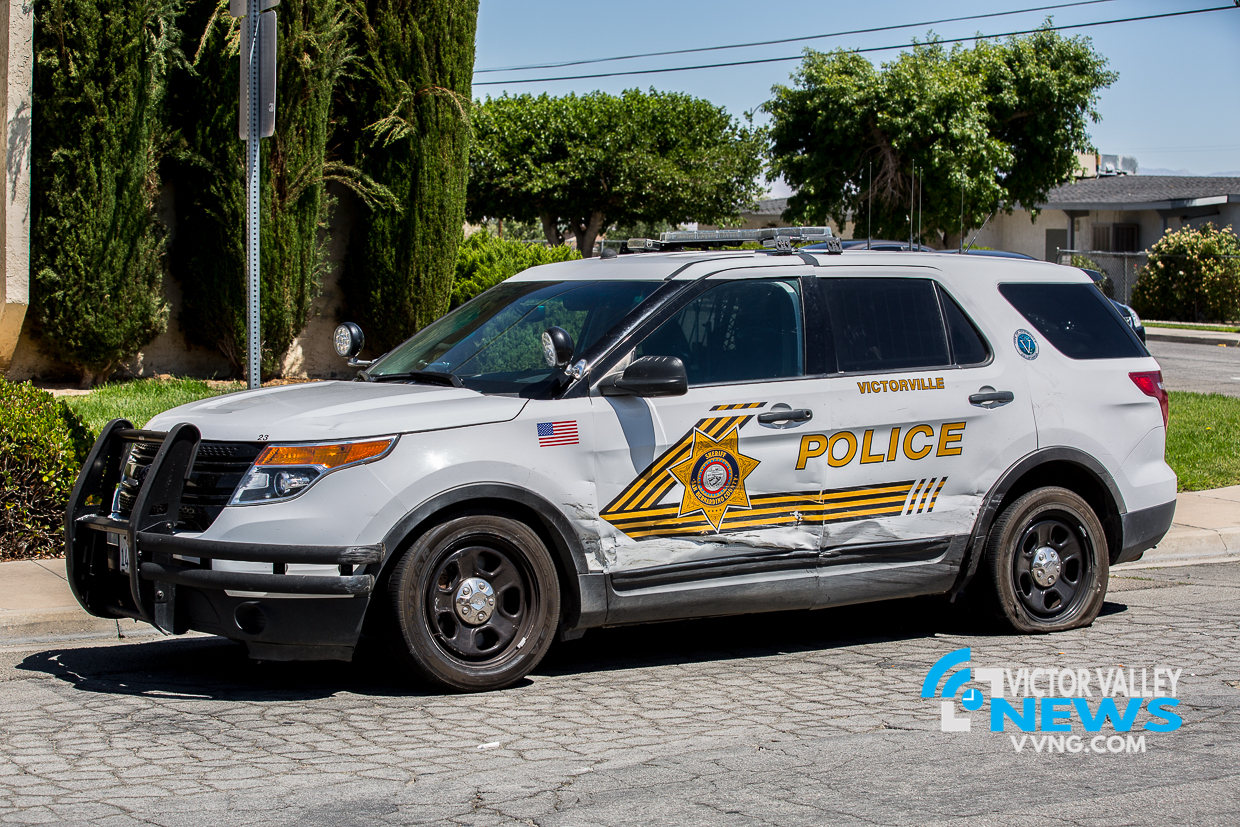 VICTORVILLE, Calif. (VVNG.com) Two San Bernardino County Sheriff’s deputies involved in a crash were transported to a local hospital as a precaution.

On Friday, May 26, 2017, at about 3:10 p.m. dispatch received reports of a traffic collision involving a Sheriff’s patrol vehicle at the intersection of La Paz and Lorene Drive in Victorville.

Sergeant Pennington said the Sheriff’s patrol SUV was traveling northbound on La Paz Drive and the Nissan sedan was facing eastbound at the stop sign on Lorene Drive.

“The vehicle didn’t see our unit coming and pulled out into the intersection, striking the driver side door of the unit,” stated Sergeant Pennington.

Pennington told Victor Valley News, the deputy driving was transported just for precautionary measures, and she appears to be fine. The passenger of the patrol unit, the second deputy as a precaution was driven to a hospital to be checked out.

The female driver of the vehicle declined medical transportation and drove her vehicle home.