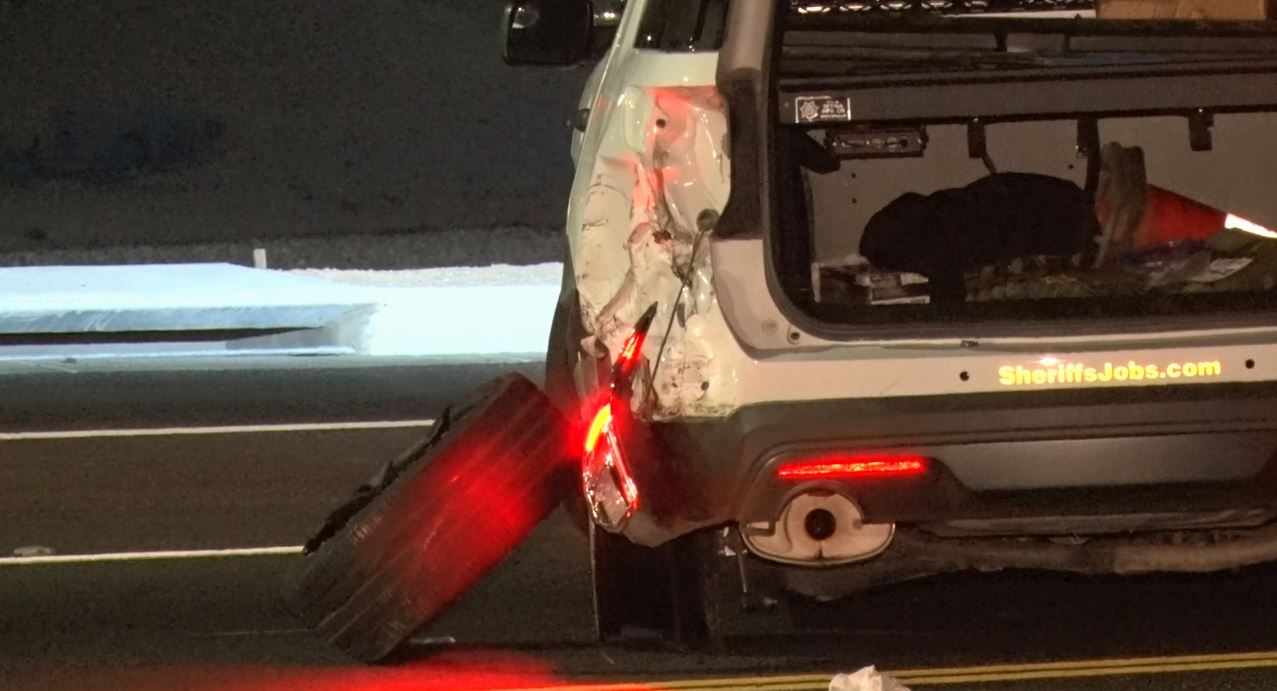 According to officials, the incident began earlier in the evening when multiple suspects attempted a ‘grab and run’ robbery at the Mall of Victor Valley at 14400 Bear Valley Road.

Officials said, mall security wrote down the plate number on the suspect vehicle and reported it to sheriff’s. A short time later, deputies spotted the suspect vehicle, a black Jeep on the southbound I-15 and attempted a traffic stop near Palmdale Road.

According to Sergeant Steve Pennington, the two deputies were injured when the suspect vehicle side swiped/rear ended their patrol vehicle on the freeway.

At about 5:15 pm, the deputies involved in the hit-and-run continued to pursue the vehicle until they exited onto La Mesa Road.

One suspect fled on foot and three additional occupants remained inside the vehicle. Authorities confirmed all four were taken into custody.

Stolen merchandise was recovered inside of the Jeep which was reported stolen out of Hesperia.

Both deputies were treated at the scene by San Bernardino County Fire Paramedics, however, no major injuries were reported.

Additional information will be updated as it becomes available. Check back for updates. 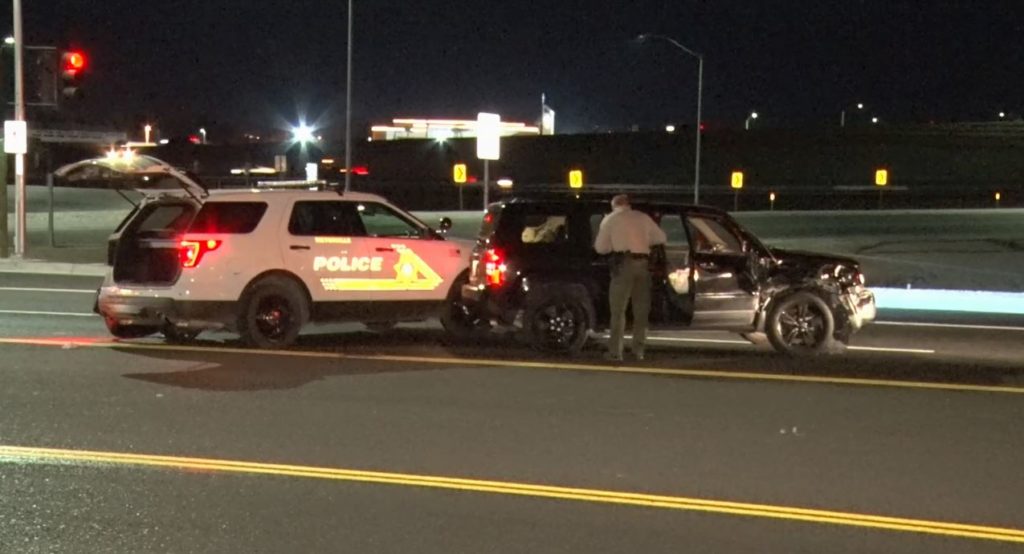