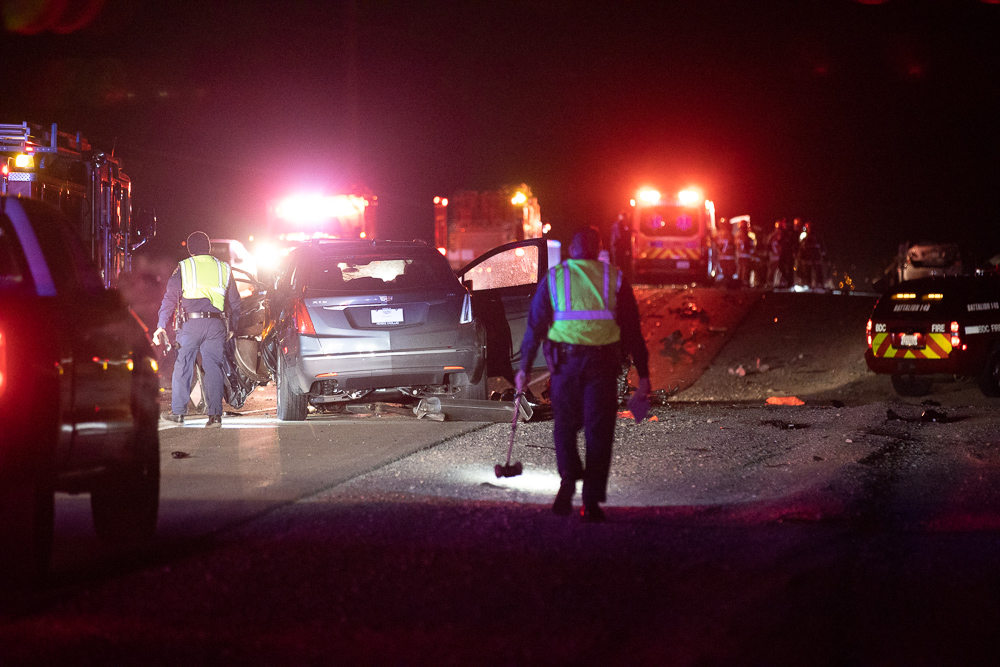 San Bernardino County Fire, AMR, and the California Highway Patrol responded to the crash where they found two vehicles with major front-damage and debris scattered on the roadway.

CHP officials told Victor Valley News that one person from each vehicle was pronounced deceased, and another person was airlifted to a trauma center.

The vehicles, a Cadillac Xt5 SUV and a white Toyota Corolla, had collided head-on.

According to the CHP incident logs, a caller reported that one of the involved drivers was driving reckless prior to the crash and was passing over double solid yellow lines.

Highway 395 in the immediate area will be close for several while the California Highway Patrol Investigate.