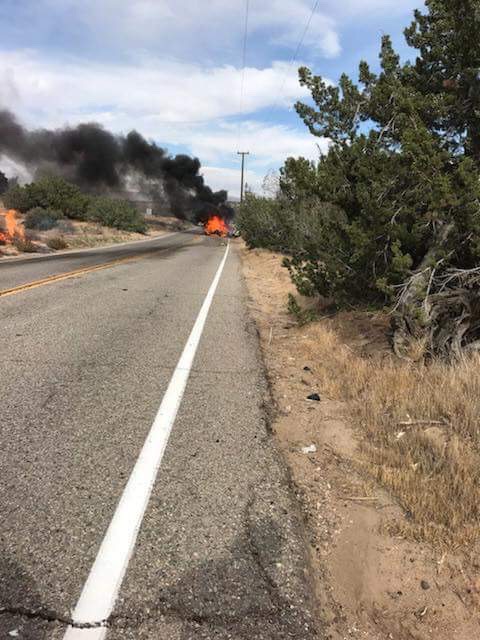 Firefighters with San Bernardino County Fire arrived on scene and located the small aircraft down in the roadway fully engulfed. Fire had also spread to a 10×10 spot of vegetation on fire, scanner traffic reported.

According to a tweet from SBC Fire, two occupants were located inside the plane and pronounced deceased. Power lines are also reported to be down near the area.

A witness said the airplane was attempting to take flight from the Hesperia Airport when it crashed seconds later.

The FAA and NTSB have been notified and will respond to the scene and handle the investigation. 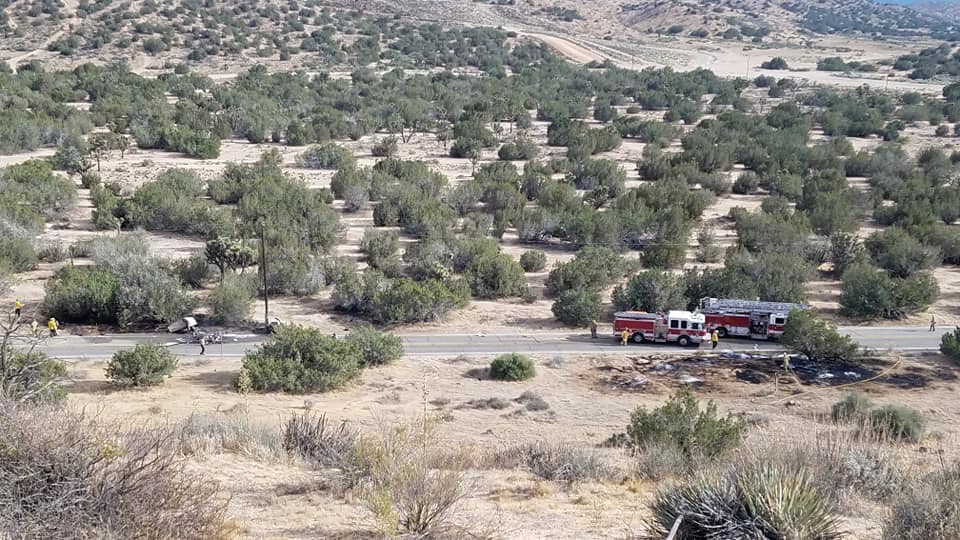 Man shot in Victorville rushed to hospital in grave condition