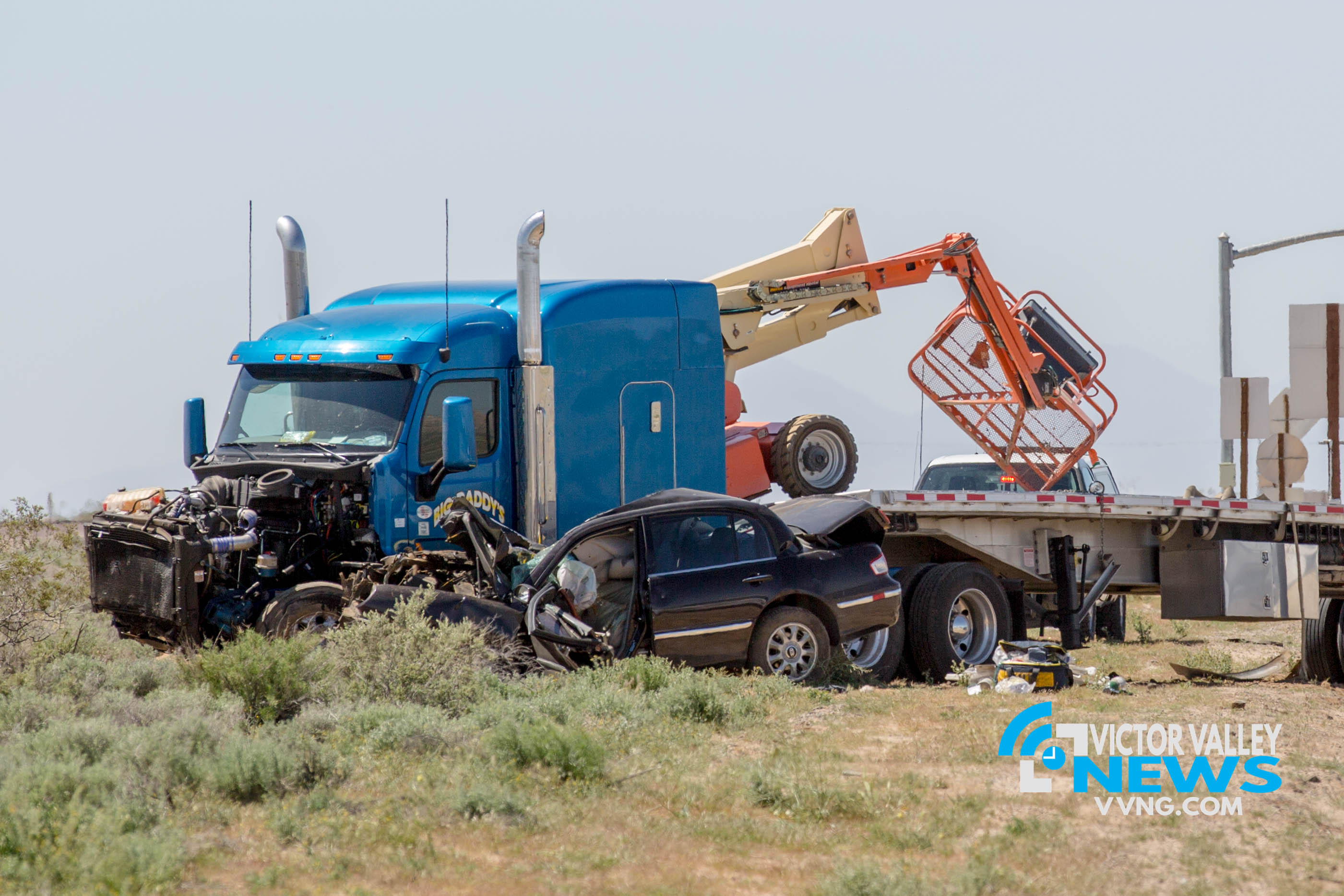 KRAMER JUNCTION, Calif. (VVNG.com) Two people were killed as a result of a traffic collision that temporarily closed State Route Highway 58 for over an hour.

The accident was reported at 11:34 a.m Tuesday morning just west of Kramer Junction. The accident involved a black four-door sedan and a blue tractor-trailer.

The California Highway Patrol responded and located two deceased subjects and another person with major injuries.

Officer Roberts with the California Highway Patrol Barstow station said three people were in the sedan. Two of those occupants died, and the third person was airlifted to a trauma center.

Eastbound and westbound traffic on SR 58 was closed in both directions for over an hour while authorities investigated. The highway was re-opened to traffic at 1:30 p.m.

The official cause of the collision remains under investigation by the Barstow CHP division.