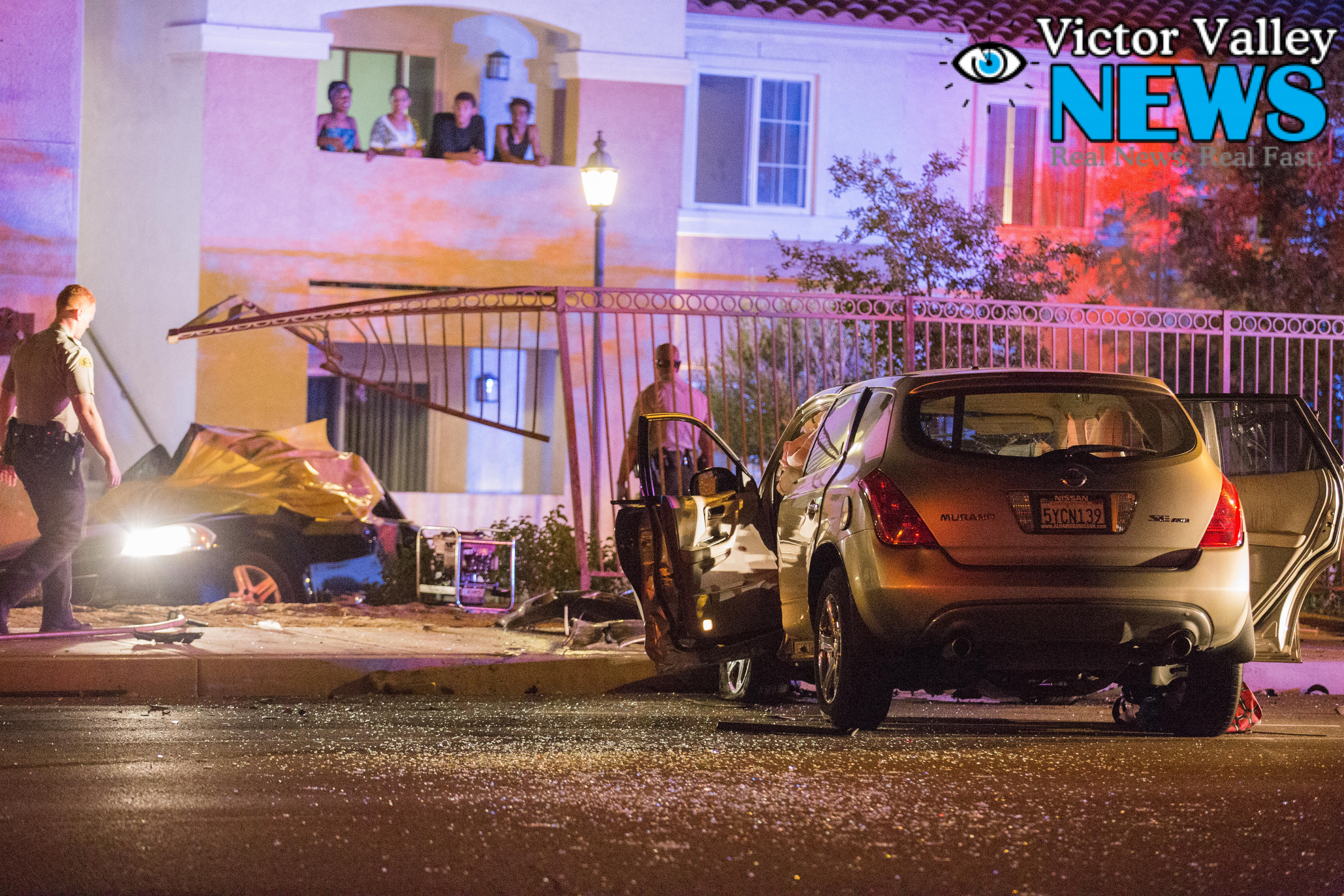 VICTORVILLE:(VVNG.com)- Two people have been killed, and two children injured in a major traffic collision on the 16900 block of Nisqualli Road.

The crash happened about 9:45 P.M., Sunday August 30th between First Avenue and Hesperia Road, sending one vehicle through the fence of the Casa Bella apartments.

“I heard a loud boom and ran outside and immediately ran to the blue car and tried to help the two male adults. They weren’t breathing and I didn’t feel a pulse,” stated Joanne Rodriguez who is a resident of the apartments.

The two vehicles involved in the collision sustained major damage. The Nissan Murano, driven by an adult female sustained major front end damage which was also carrying two small children. The female driver was treated on scene for a visible knee injury and requested to accompany her children during air flight to Loma Linda University Medical Center.

The second vehicle, a blue Impala, sustained major damage to the passenger side, as well as top frontal damage. The two male occupants of the vehicle were confirmed deceased upon arrival by medical personal.

Deputies were actively searching for a possible third vehicle that may have been involved and possibly fled the scene. The car was described by witnesses as an early 1990’s white Impala, however it has not been confirmed by authorities if the vehicle was actually involved.

The Major Accident Investigation Team (MAIT) will remain on scene until early Monday morning while they try to determine the exact cause of the tragedy. 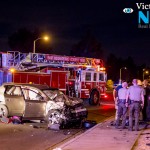 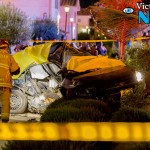 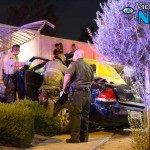 Victorville Pursuit Causes Deputy to Crash into a Home