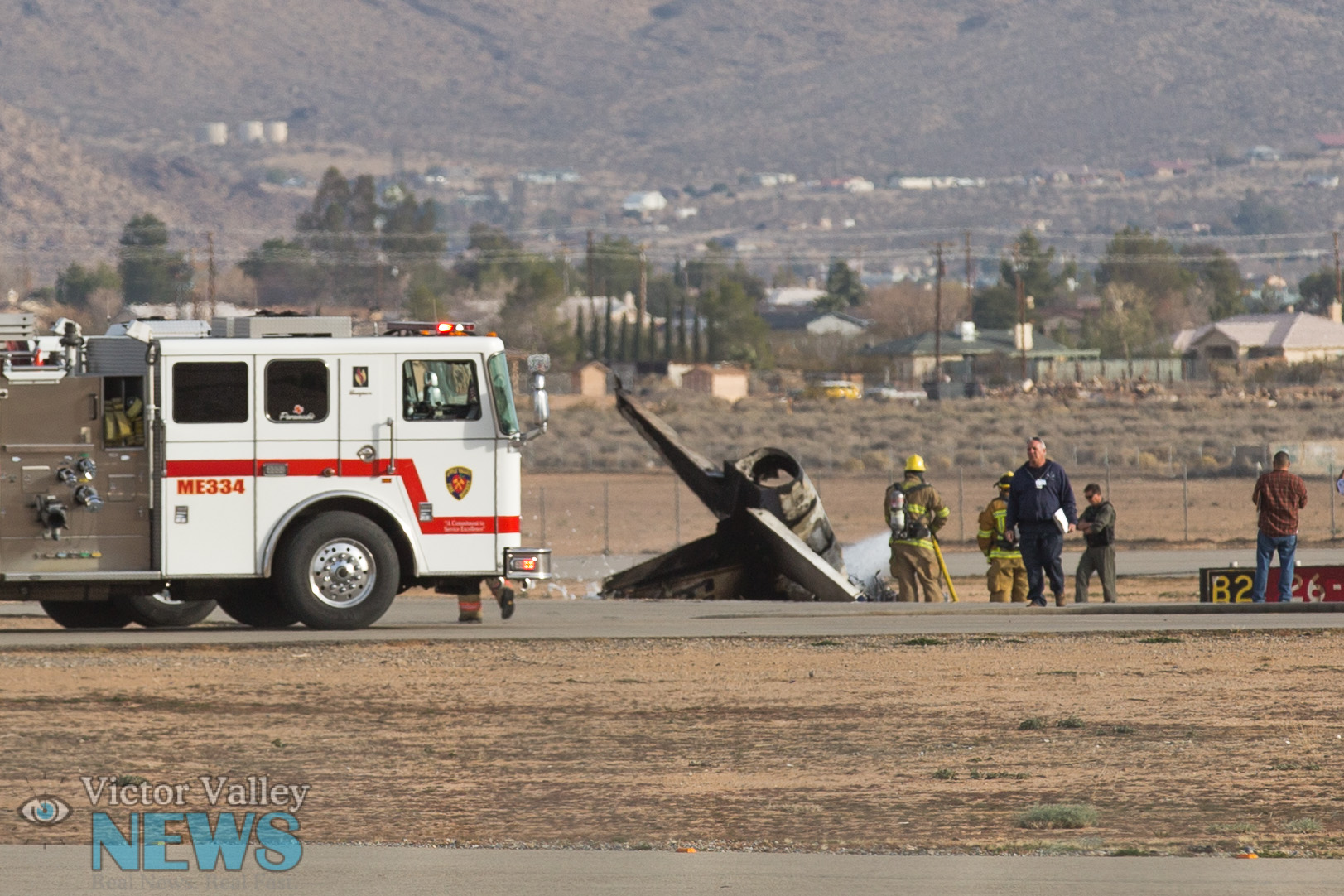 APPLE VALLEY: (VVNG.COM) All flights in and out of Apple Valley have been halted after a small aircraft crashed and claimed two lives early Sunday afternoon.

The aircraft is described as an L39 Jet that was attempting to take off at the airport located at 21600 Corwin Road.

“Just witnessed a plane taking off from the airport, flames were coming out of the end and suddenly it banked to the left and crashed,” stated Ryan Morgan Hofkens stated.