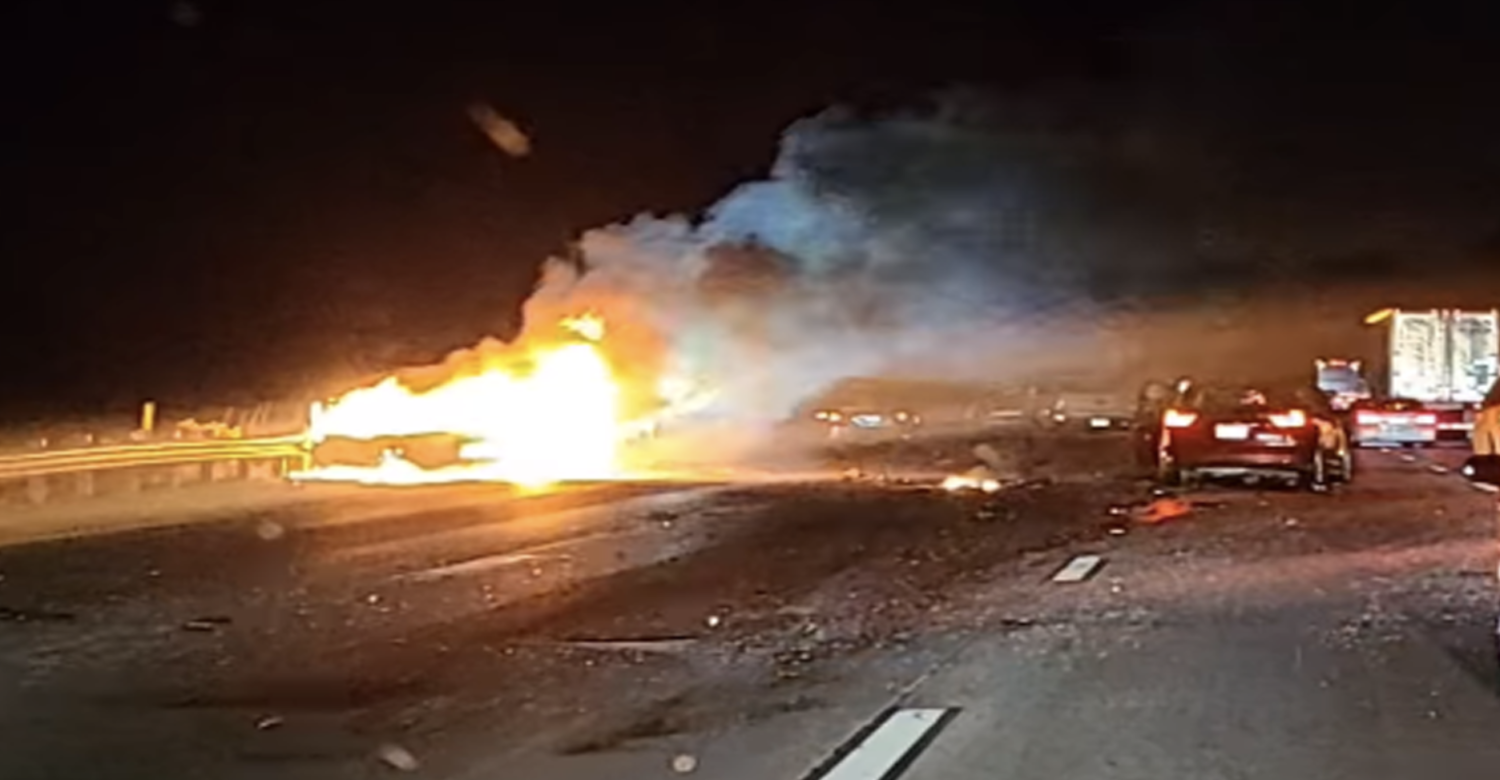 CAJON PASS, Calif. (VVNG.com) — Two people are dead following an early morning traffic collision with fire on the northbound I-15 freeway in the Cajon Pass.

VVNG first reported the incident when it happened at about 4:04 am, on Wednesday, December 1, 2021, approximately two miles south of Oak Hill Road.

For reasons still under investigation, the driver of a Mitsubishi, unknown year and model, came to a stop in the no. 2 lane. A 47-year-old male driver from Apple Valley was also in the no. 2 lane and did not see the stopped vehicle and collided into the rear of the Mitsubishi, officials said.

California Highway Patrol Officer Ivan Sandoval told VVNG the Mitsubishi caught fire and became fully engulfed. “The unidentified driver of the Mitsubishi remained in the vehicle and sustained fatal injuries and succumbed to their injuries on scene,” stated Sandoval.

The passenger of the Mitsubishi, a 60-year-old male resident of Los Angeles, sustained major injuries and succumbed to his injuries at a local hospital, officials confirmed. No other injuries were reported.

Northbound traffic on the I-15 was jammed for many miles prompting a Sig-Alert for the no. 1-2 lanes that lasted until 7:36 am.

The names of the deceased are being withheld pending the notification of next of kin. The California Highway Patrol San Bernardino Station is handling the investigation and anyone with additional information about this crash is asked to call 909-383-4247.