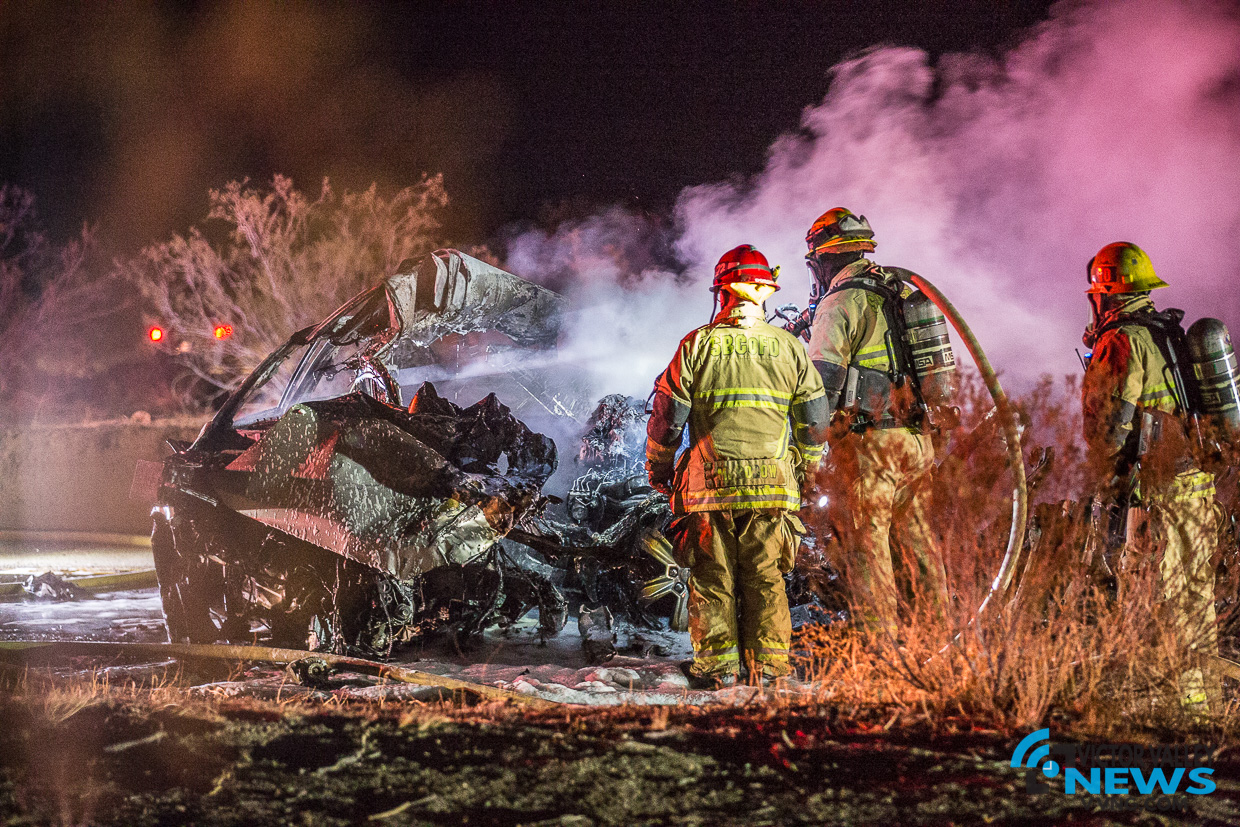 PHELAN, Calif. (VVNG.com) — Two people were killed and three others were injured in a fiery multi-vehicle crash on State Route 18 Sunday night.

California Highway Patrol Officers along with deputies from the Victor Valley Sheriff’s Station and firefighters from San Bernardino County Fire responded to crash that was fully engulfed in fire at about 10:04 pm, on State Route 18 (Palmdale Road), west of Wilson Ranch Road.

“Upon arrival on scene we made the determination that there were two fatalities involved as well as some major injuries to some other parties,” CHP Officer Travis Chapman told Victor Valley News in a video interview.

After striking the Hyundai Elantra, the Lexus spun 180 degrees and got hit by the second vehicle which was a 2018 black F150, Chapman confirmed.

Three occupants from the F-150 were transported to various hospitals with unknown injuries.

Linda Brodie Manning told Victor Valley News that several Good Samaritans, including herself and her friend Michael Estrella, assisted the injured occupants of the crash and controlled traffic until First Responders arrived.

“Everyone came together and offered a hand and did what they could do, it was just a sad and horrible situation for those involved.” Brodie Manning said.

State Route 18 was closed between Monte Vista and Johnson Roads as officials investigated.

The crash remains under investigation by the Victorville California Highway Patrol. 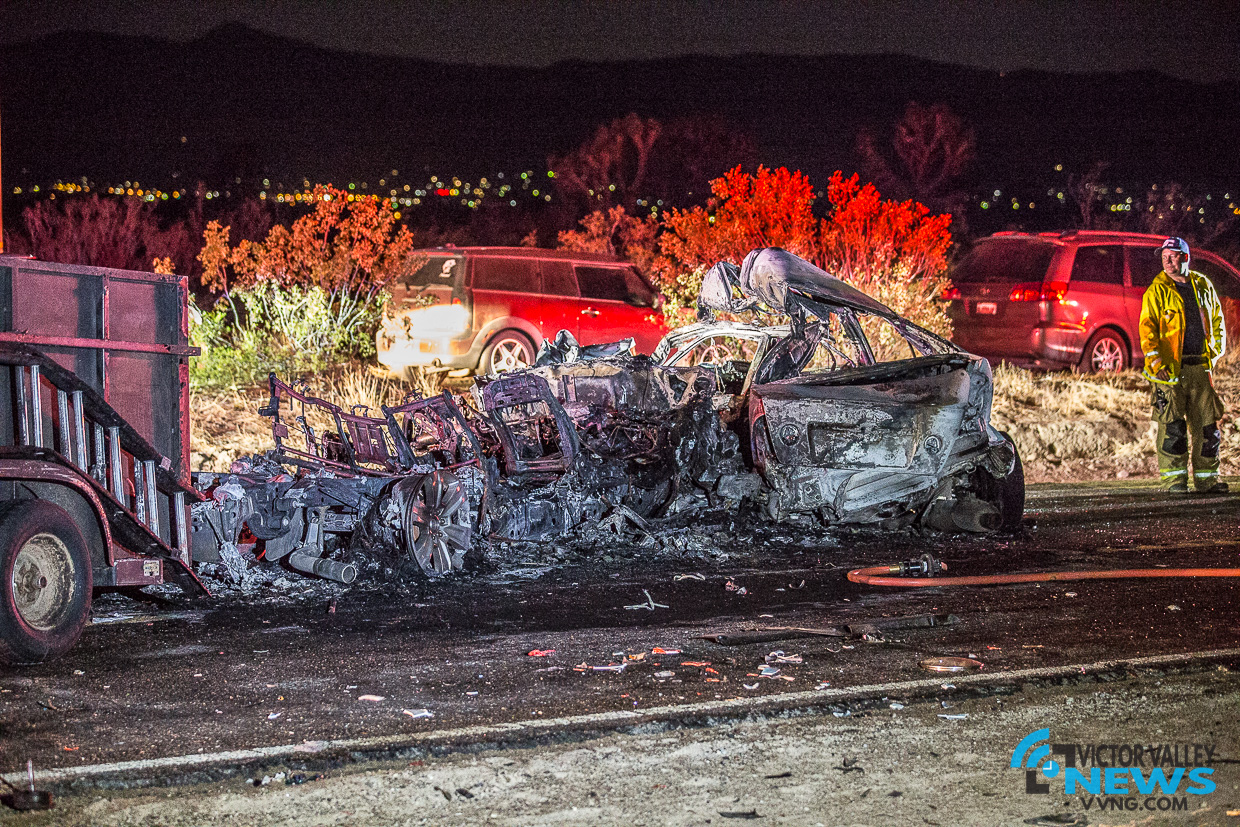 A Lexus and an F-150 were fully engulfed in flames when firefighters arrived. (Gabriel D. Espinoza, VVNG.com)