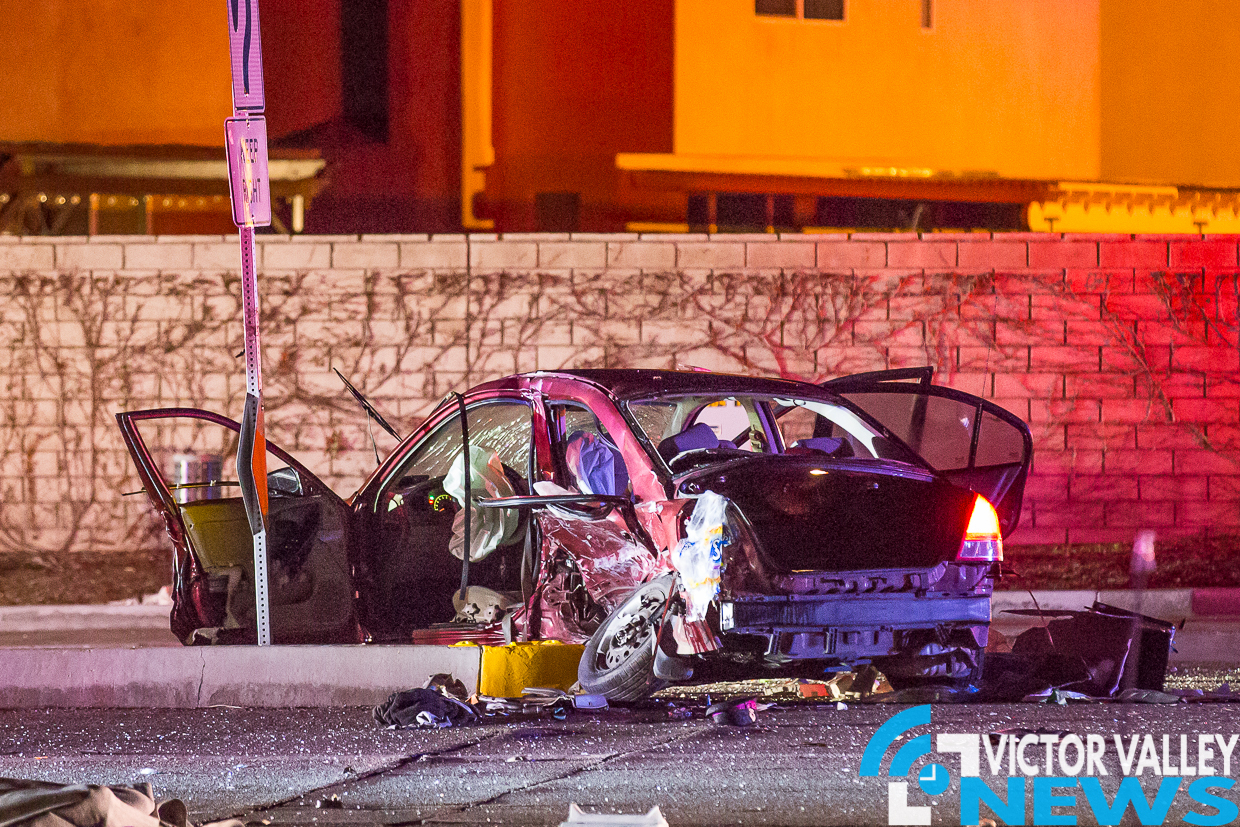 VICTORVILLE, Calif. (VVNG.com)– Two children were killed in a traffic collision Saturday night that shut down portions of Mojave Drive.

At about 8:30 p.m. San Bernardino County Sheriff’s Deputies and emergency personnel responded to a two-vehicle traffic collision at the intersection of Mojave Drive and Amethyst Road.

Deputies arrived and located a Ford Taurus and a red Hyundai sedan with major damage.

A total of five occupants were in the Hyundai, which two children were pronounced deceased on scene and a third child was airlifted in critical condition.

The mother and father were also transported by ground ambulance to a medical center with non-life threatening injuries.

The Ford was carrying three occupants that were all transported to various hospitals with unknown injuries.

Based on witness statements, the Hyundai was traveling northbound on Amethyst Road and the Ford was traveling eastbound on Mojave Drive when the two collided at the intersection, causing the Hyundai to be T-boned.

The Major Accident Investigation Team is conducting an investigation and the roadway is expected to remain closed all night between West Trail and Brucite Road.

This is the same intersection where a man and his unborn child were killed by a drunk driver.

Drugs or alcohol do not appear to be a contributing factor. The official cause of the crash remains under investigation.