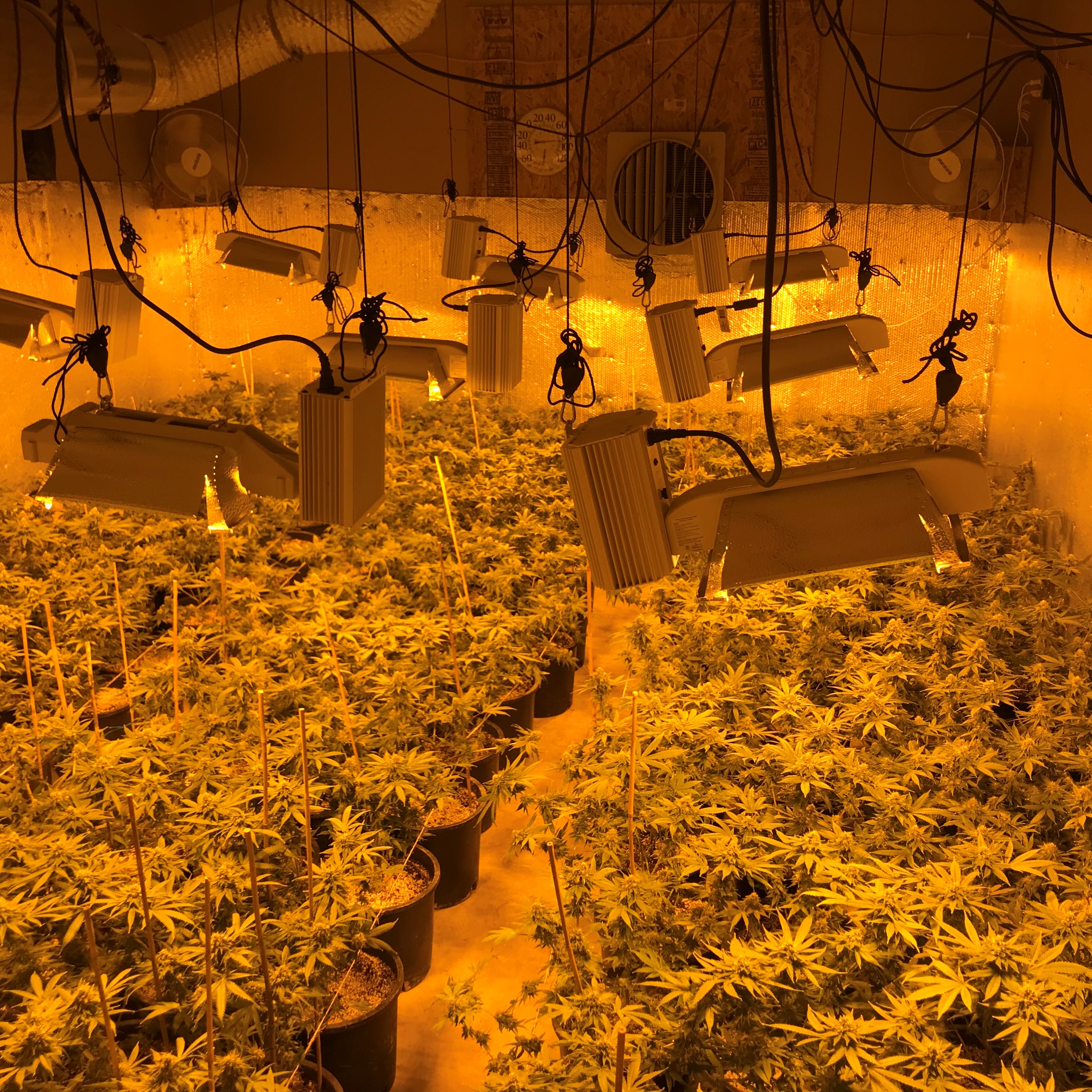 On Thursday, May 10th, at approximately 11:30 a.m., investigators from the Sheriff’s Gangs/Narcotics Division – Marijuana Enforcement Team (MET) served a search warrant at a residence in the 14500 block of Keota Road in Apple Valley.

Yu Chin Lin, 41, and Jinwu Wang, 47, both Apple Valley residents were both located inside the residence with over 1550 marijuana plants, in various stages of growth.

The grow operation used advanced lighting, air conditioning, fans, exhaust blowers and air filtering systems to control the climate inside the residence, as well as the odor of marijuana coming from it.

Investigators discovered electricity at the location was being stolen. Personnel from Southern California Edison (SCE) assisted in the electrical theft investigation. Suspects who grow marijuana illicitly will commonly bypass the electrical meter installed by the electrical company. This is done due to the high amount and cost of electricity needed to operate the marijuana growing equipment.

The extreme measures used to illegally grow marijuana endangers the public living nearby. An electrical short caused by the unpermitted electrical wiring most likely would have resulted in an explosion or fire in the residential community, causing possible injuries. The electrical power to the residence will be disconnected so the faulty wiring and electrical bypass will not create a hazard for the public. The loss from the theft of electricity at the location will be several thousands of dollars.

The suspects were booked at the High Desert Detention Center on charges of Utility Theft and cultivation of Cannabis; over six plants.

Anyone with information regarding this investigation is urged to contact the Sheriff’s Gangs/Narcotics Division at (909)387-8400 or [email protected]. Callers wishing to remain anonymous are urged to call the We-tip Hotline at 1-800-78-CRIME (27463) or you may leave information on the We-Tip Hotline at www.wetip.com.