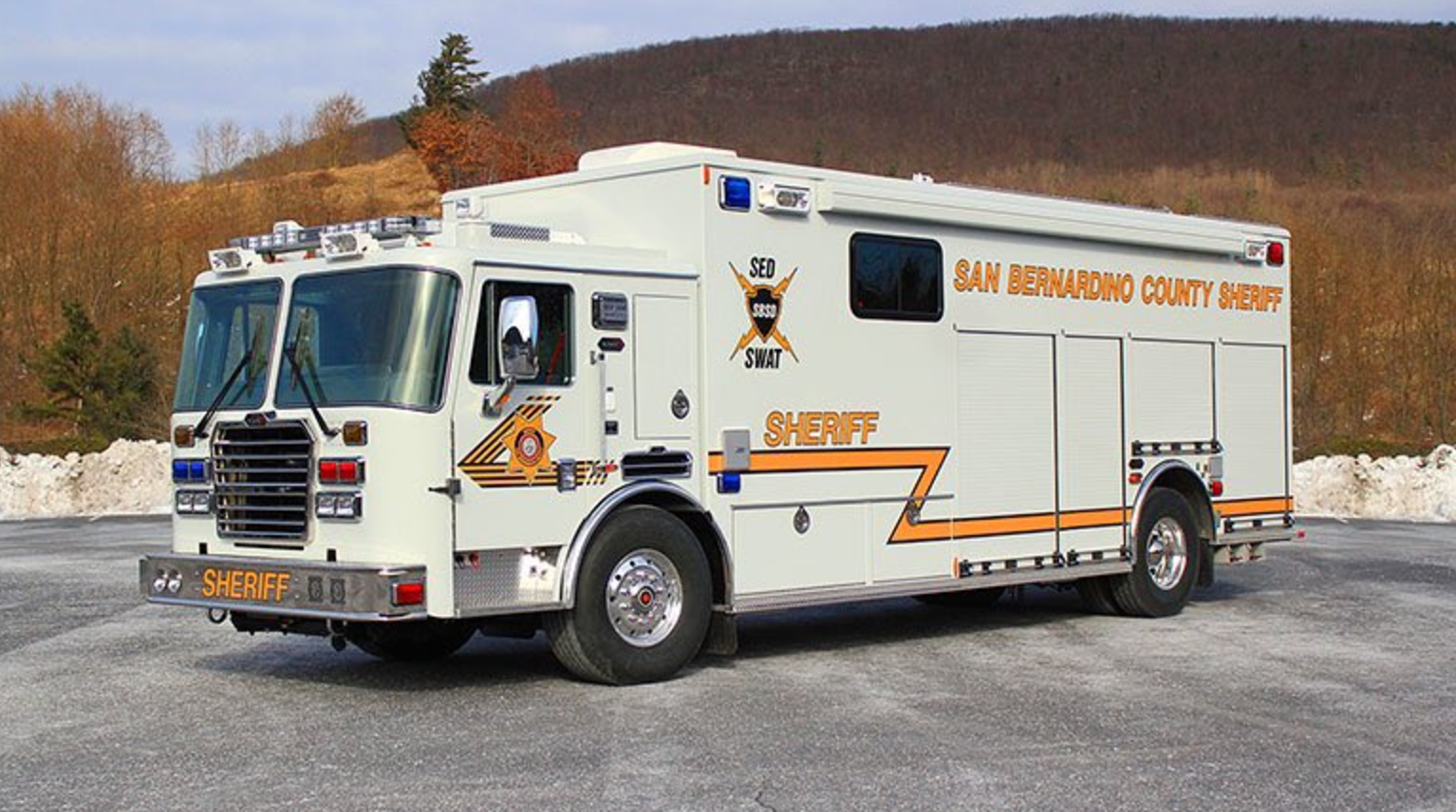 BAKER – Two armed suspects related to yesterday’s pursuit that shut down the 15 freeway for many hours are in custody, authorities said.

On January 6, 2017 at approximately 11:15 p.m. the Barstow Dispatch Center received a call of a man and woman trespassing on a property east of Interstate 15 near Cima Road

The description of the trespassers matched the description of suspects in an earlier shooting against two California Highway Patrol (CHP) Officers, based on evidence gathered at the scene. Numerous CHP Officers immediately responded to the area of the reported trespassing.

The San Bernardino County Sheriffs Department SWAT Team was dispatched and arrived on scene in the early morning hours on January 7th.

The search began in darkness and at daybreak, the two suspects, a man and a woman, were located in an abandoned vehicle along with 6 fire arms. The suspects and firearms are believed to be involved in the shooting against two California Highway Patrolmen in the early morning hours of January 6th which subsequently caused the shutdown of Interstate 15, near Hallaren Summit Road.

Once the two suspects were located they surrendered without incident and were taken into custody.

The two CHP Officers were not injured as a result of the shooting and Interstate 15 was completely re-opened around 1:15 p.m. on January 6th.