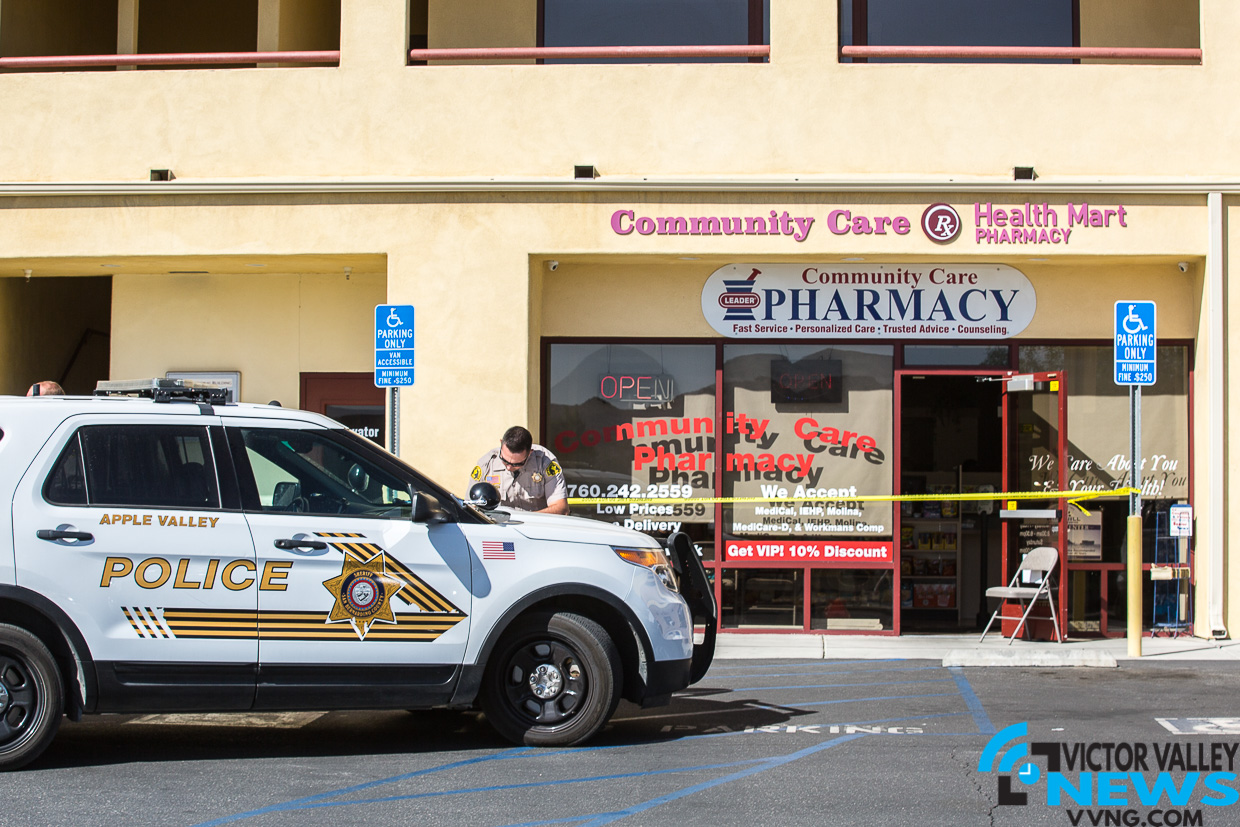 APPLE VALLEY, Calif. (VVNG.com) Police are searching for two armed men who used a wheelchair as a decoy to rob the Community Care Pharmacy located in the 16000 block of Tuscola Road, in Apple Valley.

“I had just received my prescription and noticed the two men entering, so I ran to open the door for them,” said a customer who was inside the business during the robbery.

“They took my phone and another lady’s phone and ordered us to the ground, we didn’t know what they were going to do,” said the customer, who wished to remain anonymous out of safety concerns.

The customer said the men were yelling that they wanted Norco, a highly addictive and one of the most abused painkillers in the US.

The two suspects fled the scene before deputies could arrive. No injuries were reported during the armed robbery.

To follow this story and more, join our newsgroup on Facebook with over 100,000 members: Victor Valley News. 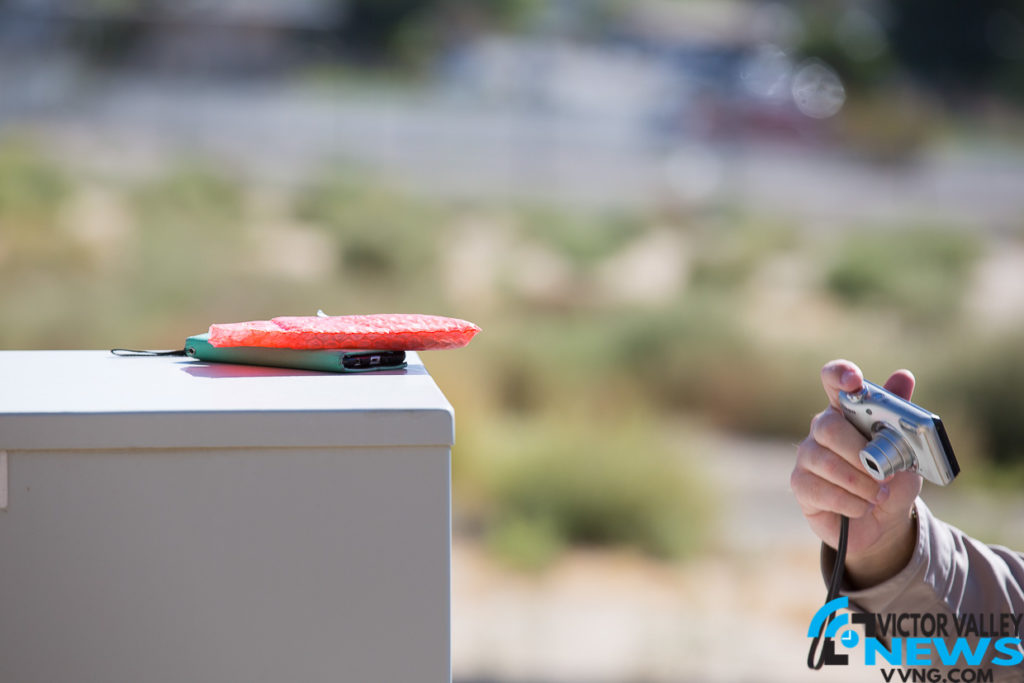 The victim’s phones were taken from them during the robbery and later left behind as the suspects fled from the scene. (Hugo C. Valdez, Victor Valley News)