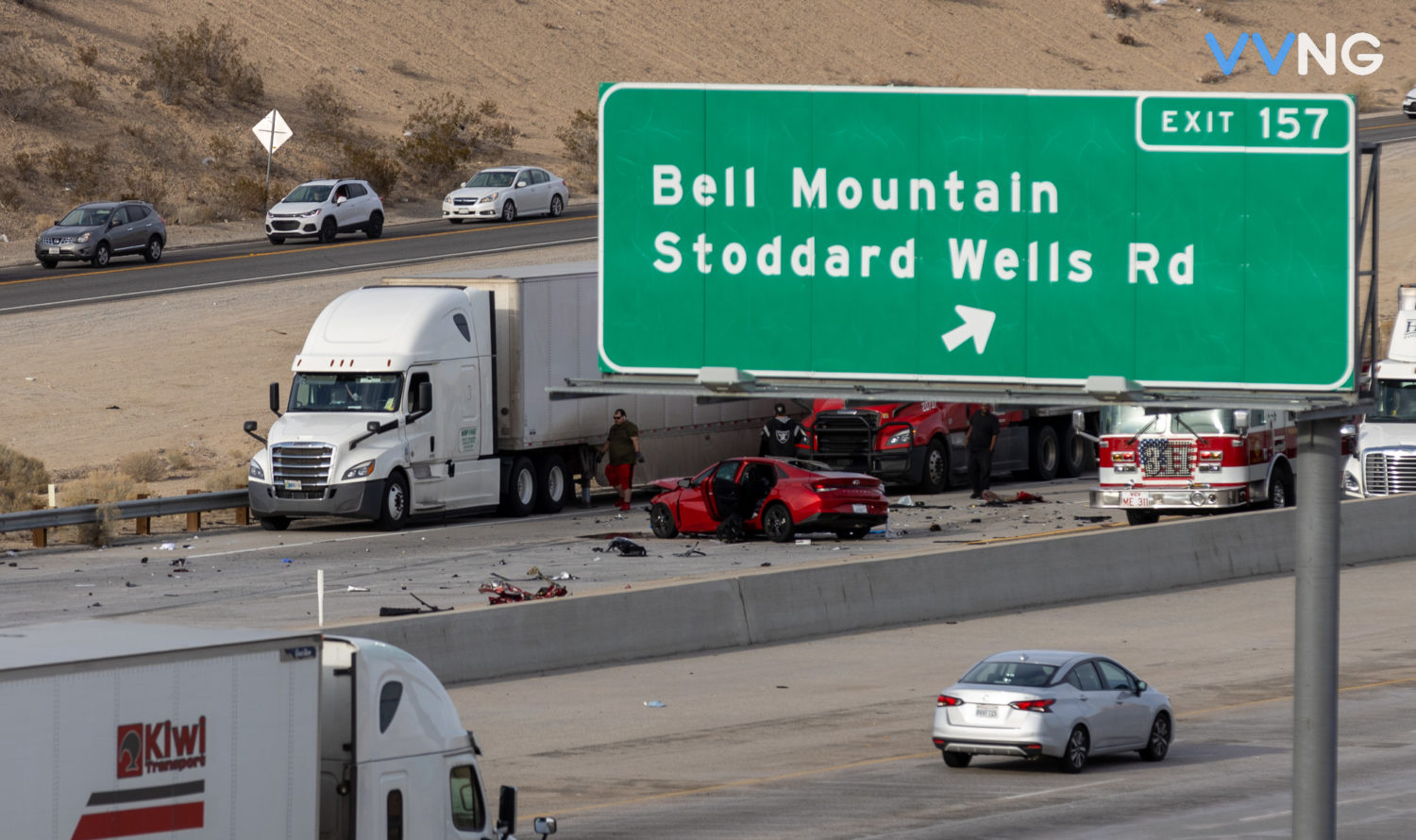 VICTORVILLE, Calif. (VVNG.com)— All lanes of the southbound Interstate 15 were closed for nearly an hour at Stoddard Wells Road Monday afternoon following a major traffic collision involving a tractor-trailer.

Scanner traffic reported that a red sedan occupied by a female and her baby had crashed into the back of a semi-truck.

The driver of the semi-truck stated he was rear-ended while he was parked on the right hand shoulder changing a tire.

American Medical Response, California Highway Patrol officers, and the Victorville Department responded to the crash and requested two helicopters to land on the freeway.

CHP shutdown southbound lanes in order to allow the helicopters to land at the scene and transport the patients. Amongst the injured was a small child.

According to the California Highway Patrol logs, at 2:27 p.m., a female from the location of the crash was detained. It’s unclear if the the person detained or was involved in the collision.

CHP is investigating the official cause of the accident and additional information will be updated as it becomes available.