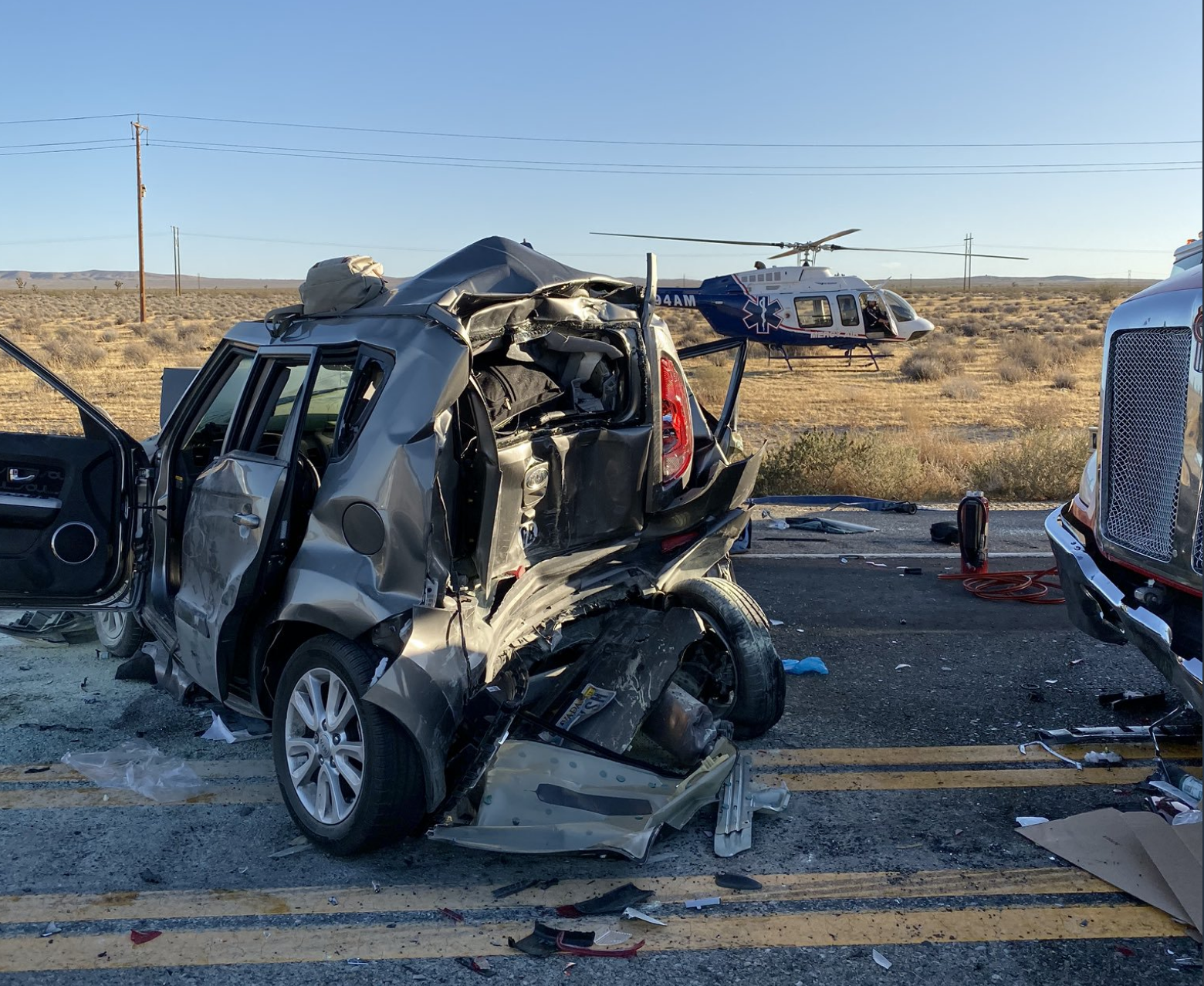 San Bernardino County Fire tweeted about the incident and said they responded to a traffic collision with extrication and had two immediate patients and four delayed.

Per the logs, the crash involved a semi and multiple vehicles. One of the vehicles was struck by the semi and pushed into another vehicle.

One caller reported his leg was pinned in the vehicle and bleeding from the head.

Two medical helicopters landed at the scene and airlifted two patients to out of area trauma centers.

The official cause of the crash is under investigation by CHP.