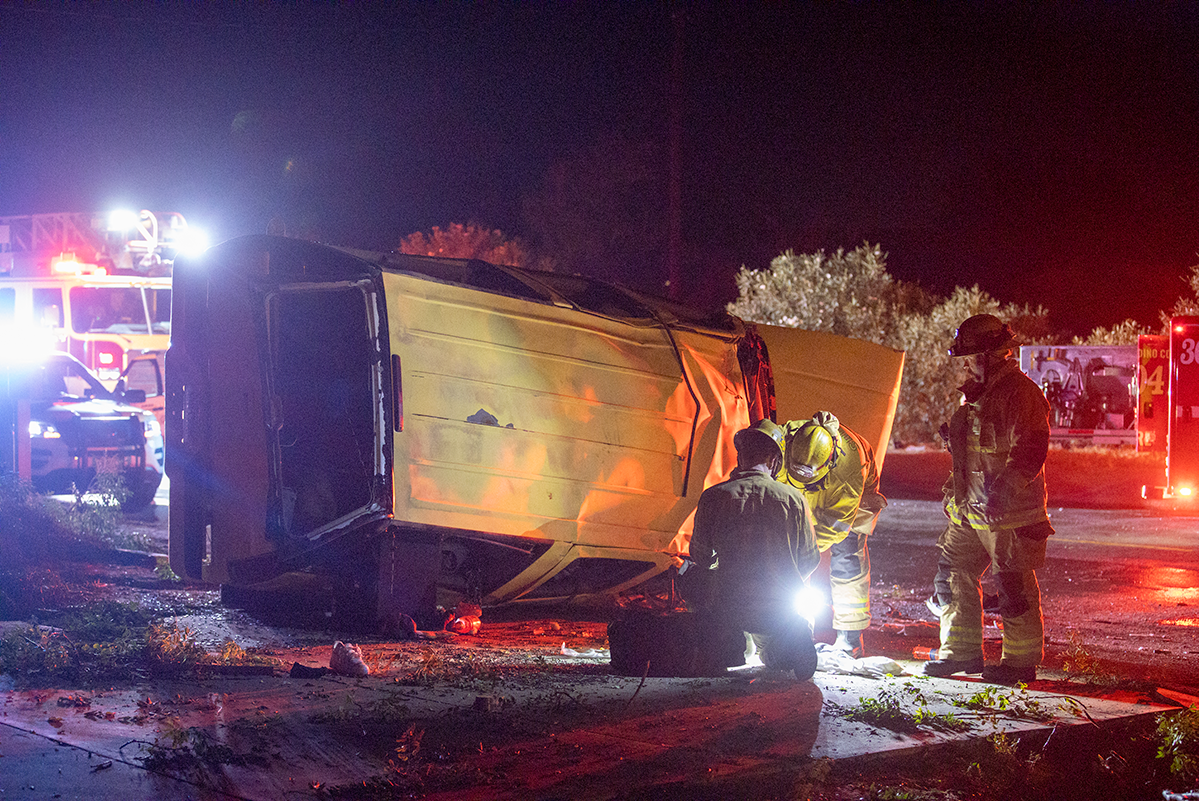 San Bernardino County Fire responded to the 9200 block of Cottonwood Avenue between Olive and Sultana Streets just before 9:00 p.m. on September 19, 2020.

According to scanner traffic, one of the critically injured occupants was trapped underneath an overturned white SUV, and it took firefighters about 15 minutes to free the person.

In total, six people were injured, two of them sustained critical injuries and four others sustained minor injuries. Amongst the injured was an elderly female driver of the Hyundai SUV.

The cause of the crash is under investigation by the Hesperia Police Department.

Related Topics:hesperia crash
Up Next