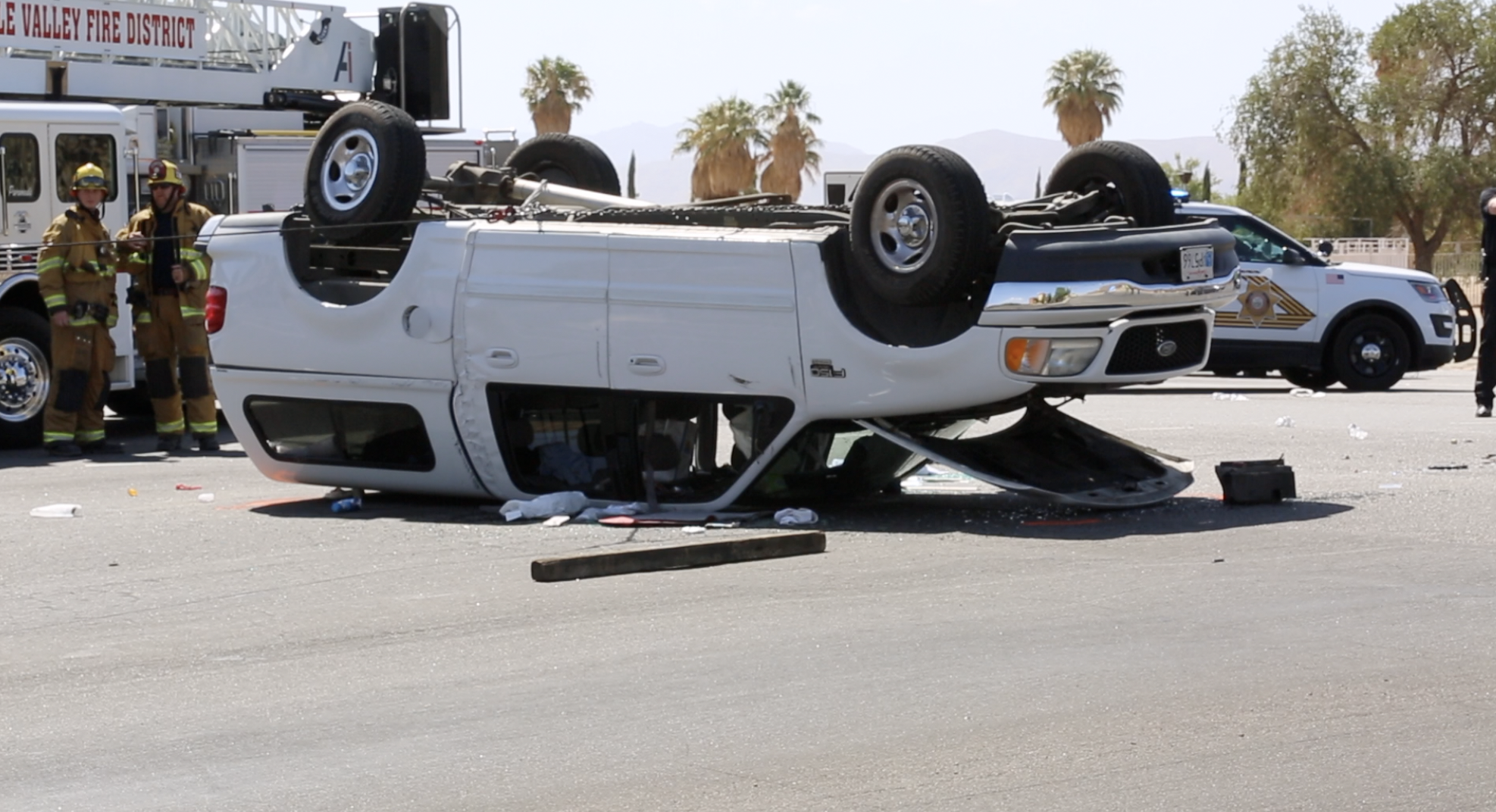 APPLE VALLEY, Calif. (VVNG.com) —Two people were flown to a trauma center after a traffic collision in Apple Valley on Labor Day Monday.

It happened at 10:21 a.m., at the intersection of Dale Evans Parkway and Highway 18 and involved a white Ford F-150 and a gray Toyota Camry.

A third patient from the Ford was transported by ground ambulance to a local hospital. Four other occupants did not require medical treatment.

The official cause of the crash remains under investigation by the Apple Valley Police Department.

3 arrested after stolen gun, narcotics and cash seized during traffic stop in Victorville