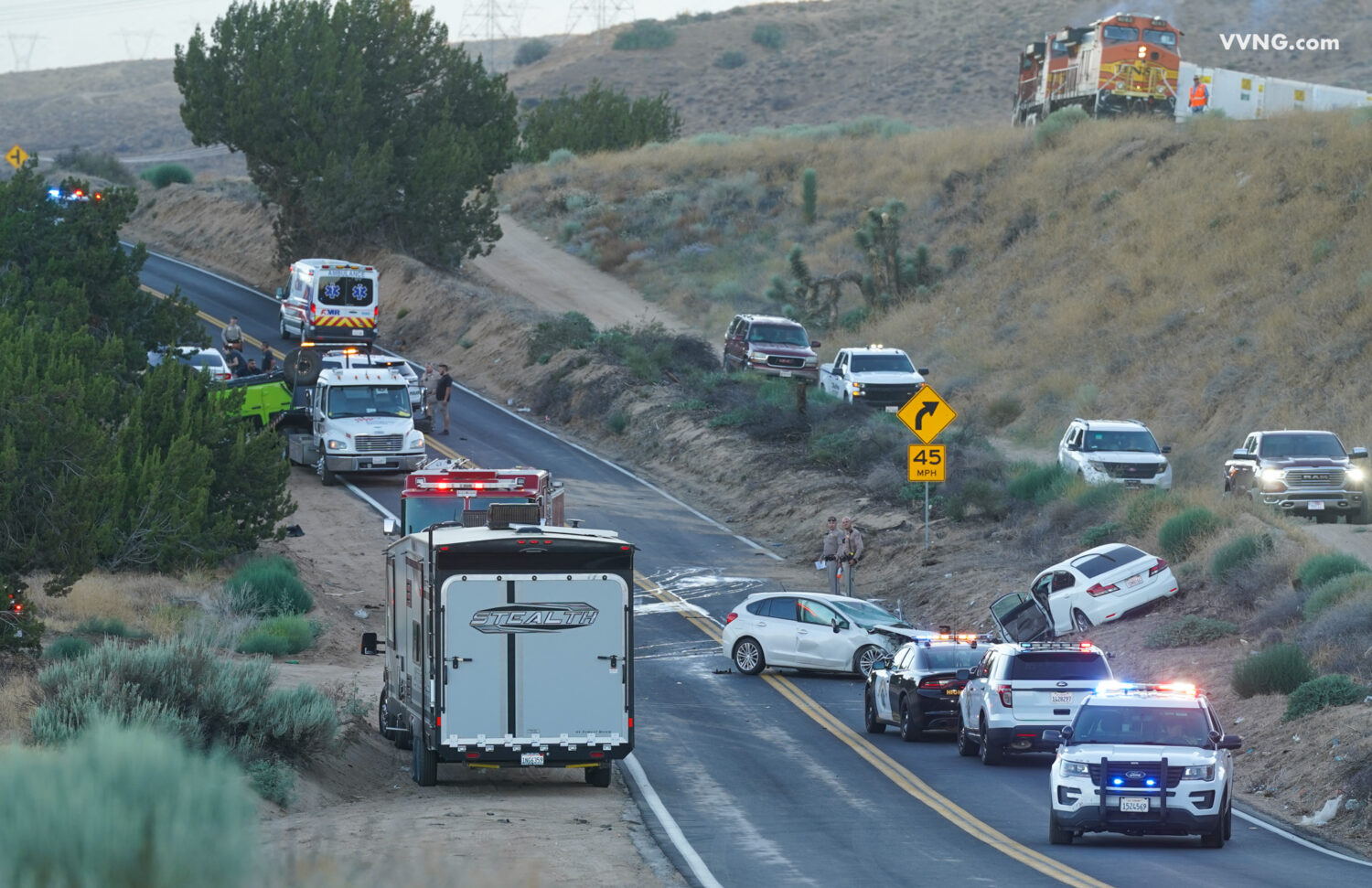 The crash involved a white Honda Civic, a white four-door Subaru, and a lime-green Jeep Rubicon.

Firefighters from San Bernardino County Fire arrived on scene and reported they had a total of four patients. Two of them were critical and the other two had less severe injuries. Among the injured was a pregnant woman.

Firefighters requested two helicopters to land at the Hesperia Airport. Reach 13 responded and airlifted one person to Loma Linda University Medical Center and a CHP helicopter airlifted the other patient to Arrowhead Regional Medical Center.

Summit Valley Road was closed in both directions for approximately two hours wile officers investigated and the vehicles were towed away.

The official cause of the accident is under investigation by the California Highway Patrol Victorville station.