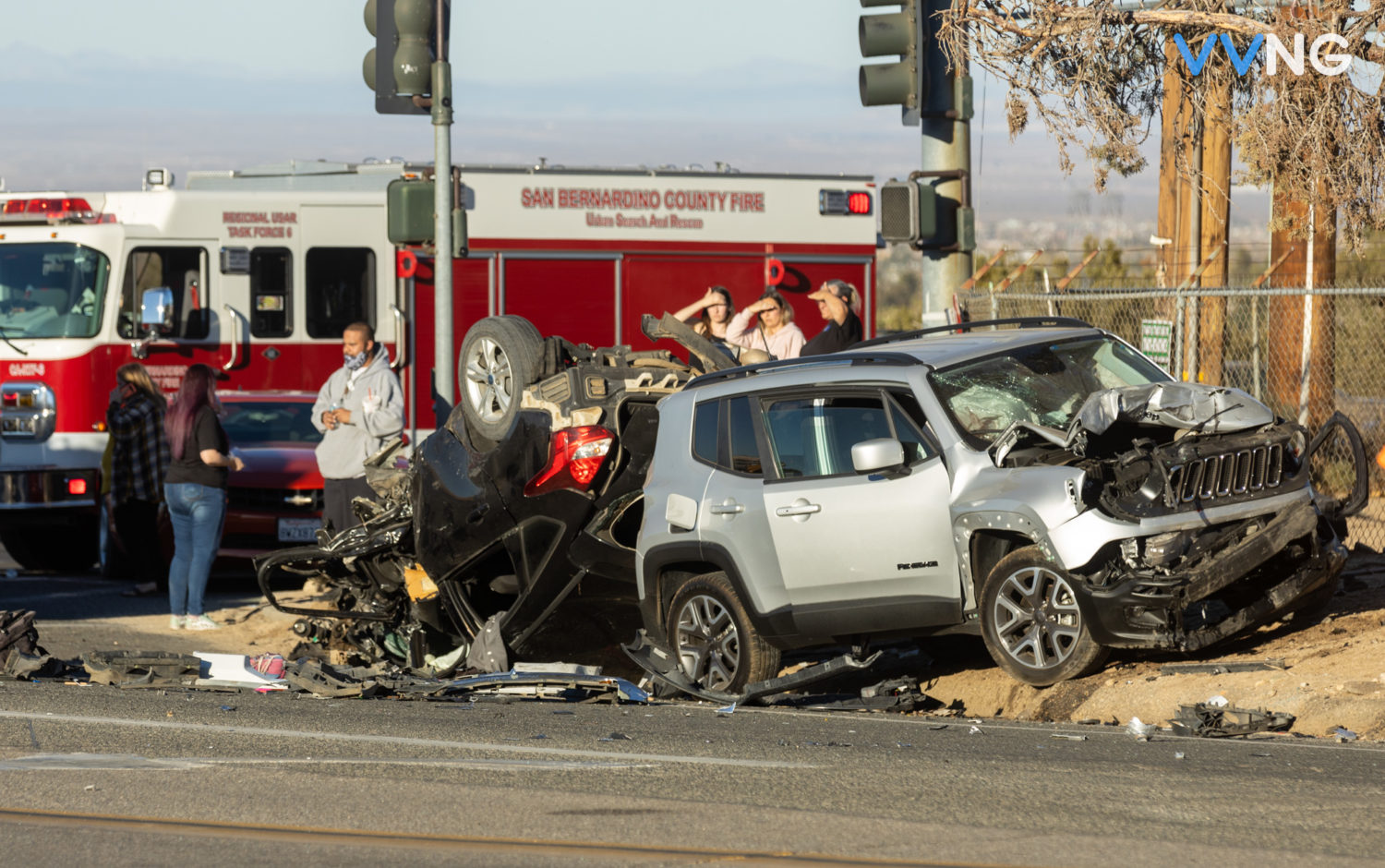 It happened at about 2:34 pm, on November 29, 2021, at the intersection of Phelan and Johnson Roads and involved a white Ford F-250, a black Nissan Altima, and a silver Jeep Renegade.

According to the California Highway Patrol incident logs, a small sedan ran the light and t-boned a truck, then flew into another vehicle that was waiting to make a right-hand turn onto Phelan Rd. The black sedan overturned and landed on its roof.

San Bernardino County Firefighters responded to the accident and reported they had a total of three patients with one person trapped and requiring extrication. Emergency personnel requested two helicopters to land behind the Stater Brothers shopping center to airlift two of the injured to trauma hospitals.

The driver of the black sedan, described as a male in his late 20’s, was reported to be unconscious. It took firefighters approximately 25 minutes to extricate him from the upside-down vehicle.

A female from the silver SUV was critically injured and airlifted to a trauma center. A male from the pickup truck sustained non-life-threatening injuries and was transported by ambulance to a local hospital.

Johnson Road was closed in both directions as authorities investigated the accident and tow company employees worked to clear the roadway.

The crash occurred approximately 4-5 miles away from where a Snowline Unified school bus, a tractor-trailer, and an SUV collided just several hours earlier.

The official cause of the accident remains under investigation by the California Highway Patrol Victorville station.