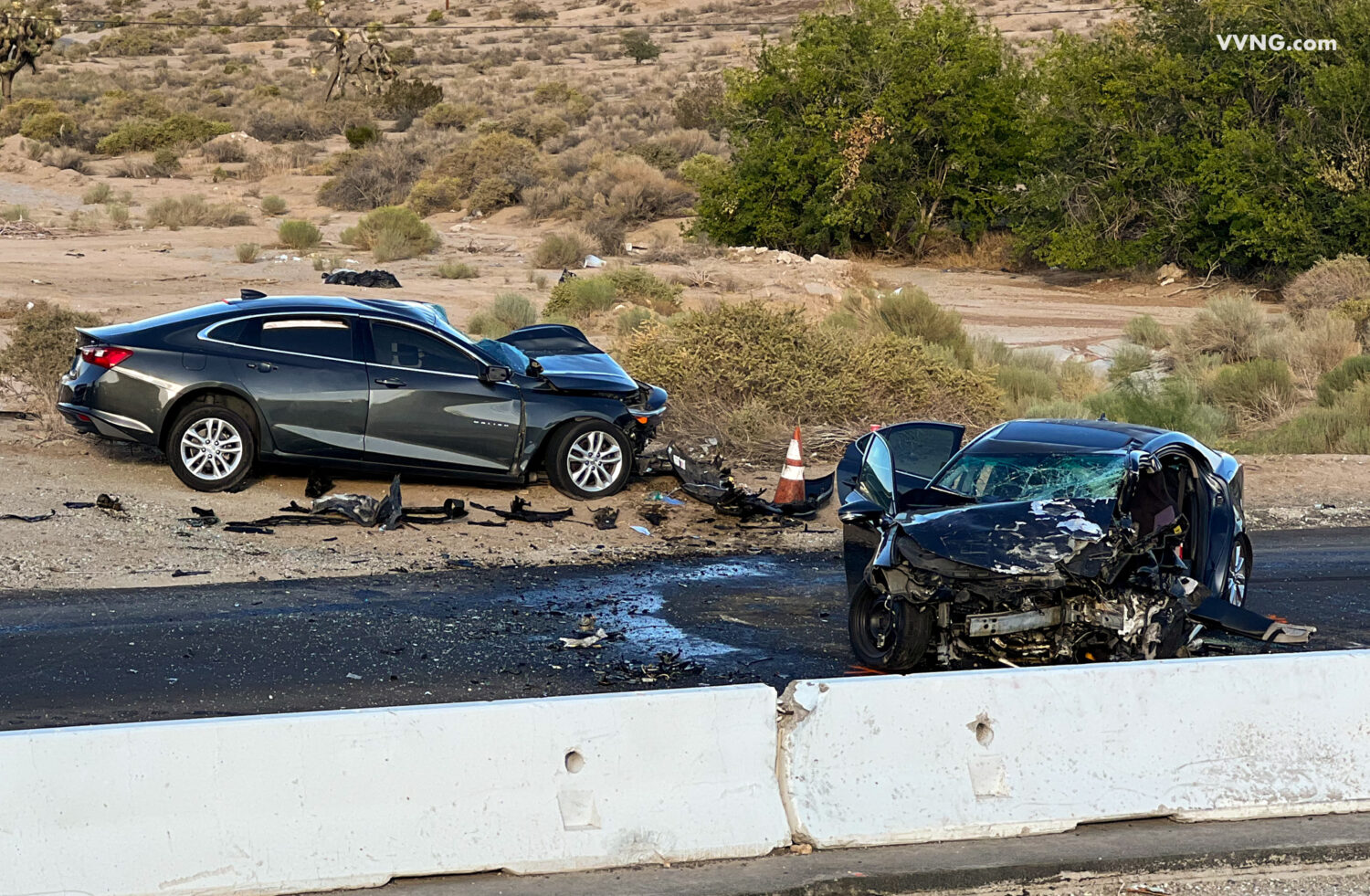 The two-vehicle collision was reported at 5:30 pm, on August 14, 2022, on Hesperia Road near Coad Road, south of Green Tree Blvd. The crash involved a Chevy Malibu and a Lexus sedan.

Victorville City Fire arrived on scene and firefighters confirmed they had a male and female trapped inside a vehicle and would require extrication.

Both occupants of the Chevy Malibu were critically injured and airlifted to Arrowhead Regional Medical Center and Loma Linda University.

Hesperia Road was closed between Cherry Hill Drive and Winona Road while the patients were transported and the scene was cleared. The stretch of roadway is currently reduced down to two lanes due to the Green Treen Inn extension project.