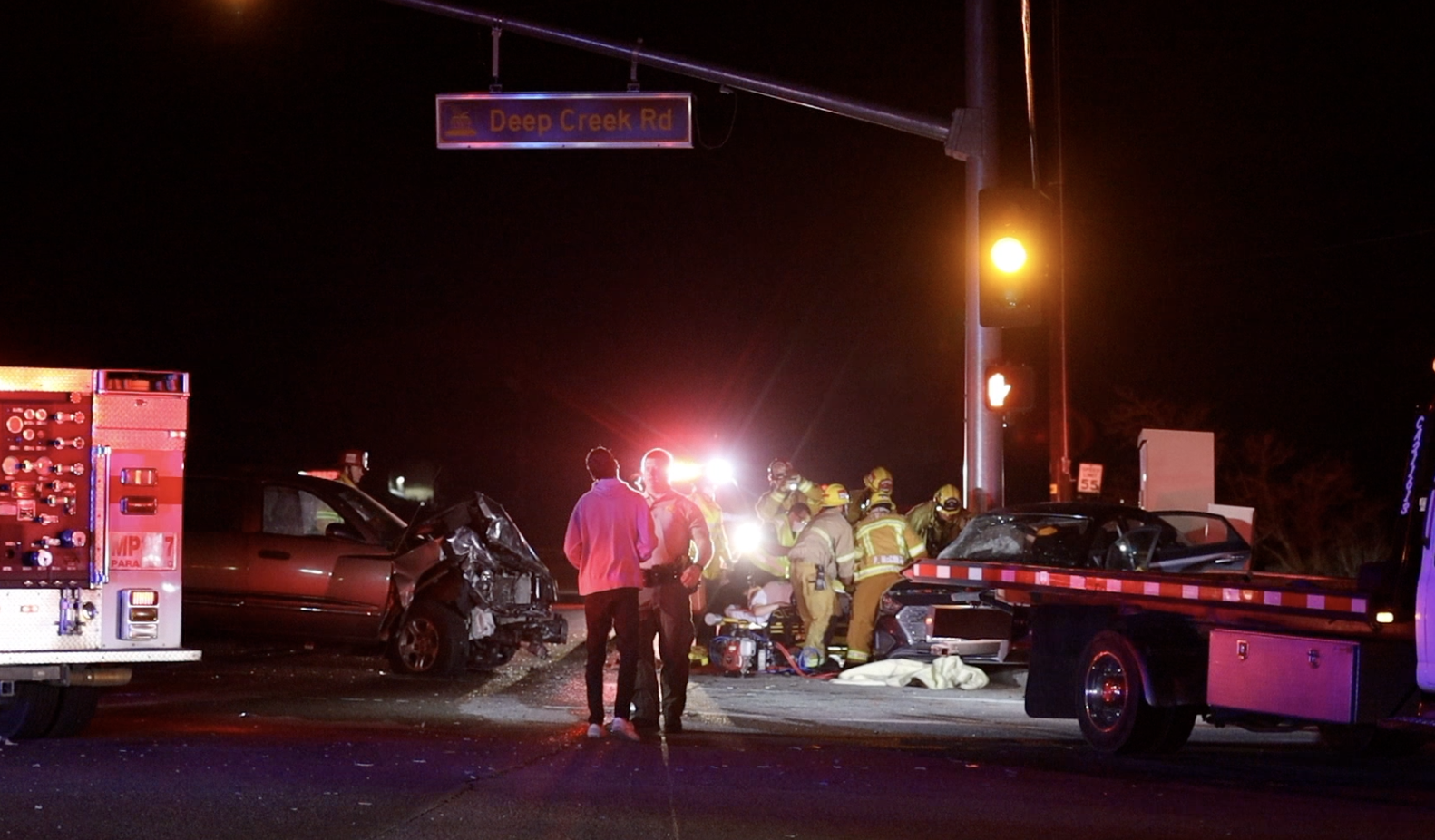 An AMR ambulance transported the first victim to St. Mary’s Hospital where they were then airlifted to Arrowhead Regional Medical Center.

A second helicopter landed at Desert Valley Hospital for the second victim, who was then flown to Loma Linda University Medical Center.

According to a witness who did not want to be named, the driver of the Hyundai was traveling westbound on Bear Valley Road and attempted to make a left turn onto southbound Deep Creek Road when the crash occurred.

An occupant from the Dodge Dakota truck told Victor Valley News that she, her husband, and their two dogs were heading to their cabin in Big Bear from their home in Thousand Oaks when the crash occurred.

“My husband was taken to the hospital, but I had to stay here with my dogs because they’re both scared and nobody can watch them right now,” the woman stated.