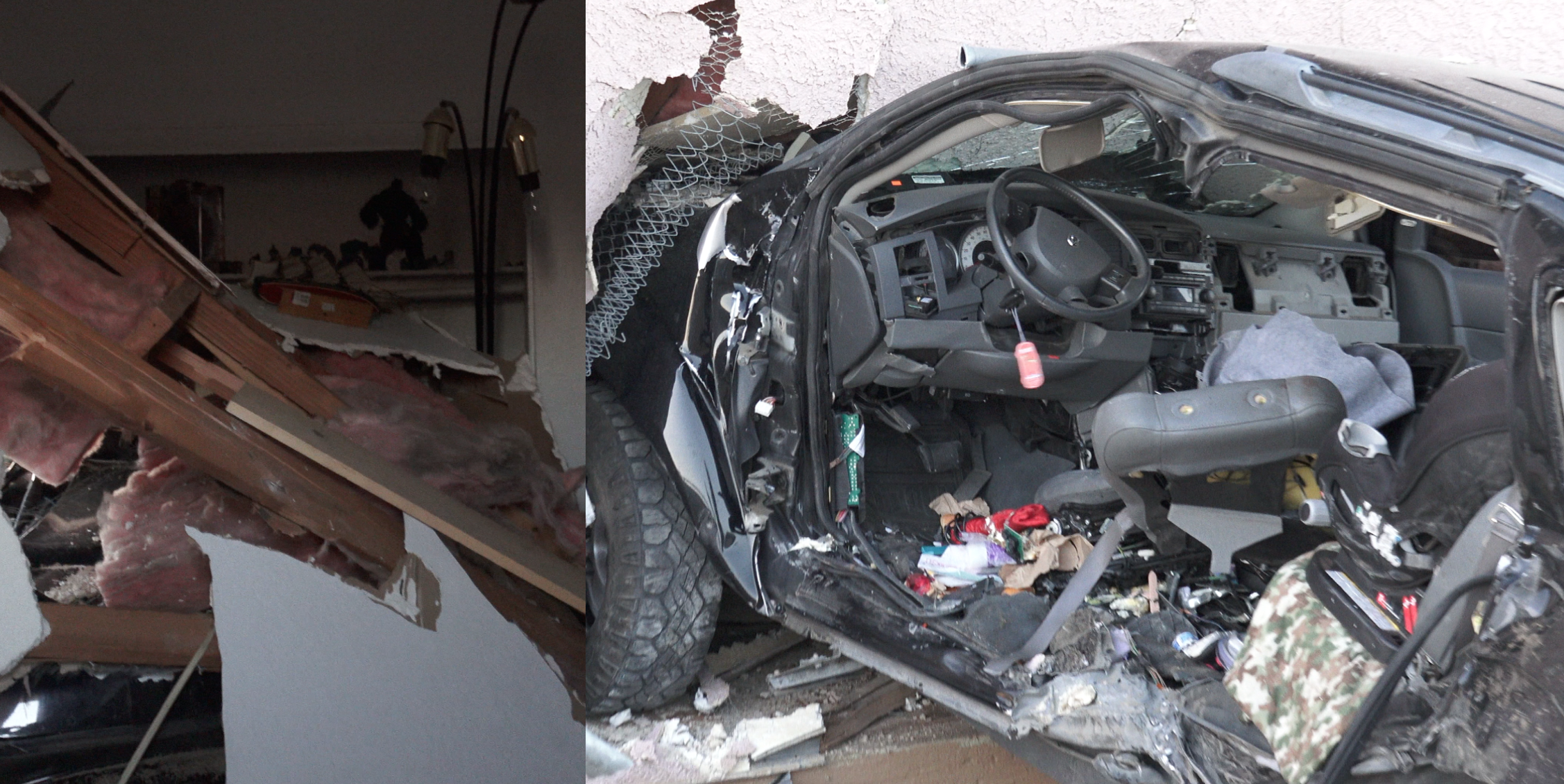 VICTORVILLE, Calif. (VVNG.com) — Two people were seriously injured and needed to be airlifted to trauma centers after a crash caused an SUV to slam into a house off Nisqualli Road in Victorville.

“Units arrived on scene to find a vehicle inside of a house with two serious, what we call immediate injuries, and three what we classify as delayed (minor injuries), basically it was a carload of adults and children” the battalion chief stated.

The new homeowner Guillermo Serratos just purchased his house two months ago. He said in a recorded interview,  “We were having dinner and we heard this roaring sound and then my kids were like ‘what’s going on,’ and it got louder and louder and then boom, the whole house shook and everybody just ran out.”

Victorville department of Building and Safety were requested to inspect the home, which sustained major damage.

Serratos said he was thankful his son was not inside his room at the time of the crash. ” I was concerned if the people were ok, then I started thinking about everything else and said wow,” he said in shock, “we can’t even open the door.”

The cause of the crash remains under investigation at this time. However, a Victor Valley News member posted a video of surveillance footage showing the older Ford Explorer running the red light and striking the Dodge Durango. The Ford ended up crashing into a fence.