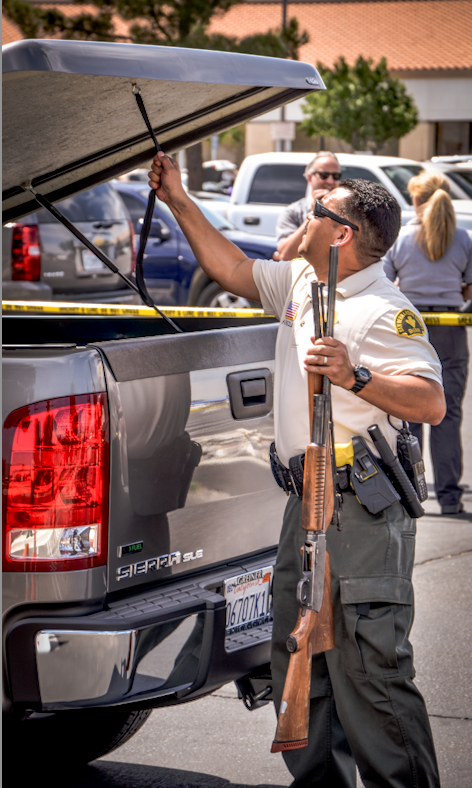 UPDATE: @ 4 p.m. – A total of 1,354 firearms have been surrendered as a result of this program and 23 assault rifles collected. An official press release is expected at around 5 p.m.

In an effort to curb gun violence, officials held the First Annual Gun Buy Back Program offered County wide on Saturday June 1st. Victorville is 1 of 6 locations participating in the program. Other participating cities are Redlands, San Bernardino, Rialto, Upland and Barstow. 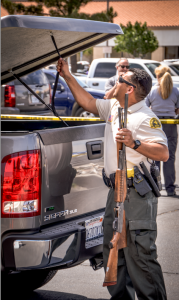 In order to receive a gift card, it was asked that you brought your guns unloaded and placed in the trunk of your vehicle.

In Victorville the event was scheduled to start at 10 a.m. but a number of people had already started to form a line at around 8 a.m. Sheriff’s employees were in place and prepared so the event kicked off earlier. As many as 60 guns were collected within the first eight minutes of the official 10 a.m. start time.

The countywide Gun Buyback Program rewarded those who voluntary surrendered firearms, while engaging our communities towards a common goal of reducing gun violence. It is an anonymous process in which individuals can surrender their weapons, no questions asked.

Once a firearm is surrendered to the Gun Buy Back Program it becomes property of the law enforcement agency and will not be returned. The funding for the gift cards initially was through prop 30 “The Safe Streets Acts” an initiative passed by the voters. 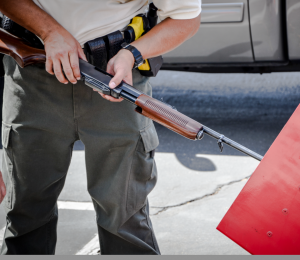 In a press release held by San Bernardino County sheriff-coroner John McMahon stated “We’ve had some interesting stories from folks that the say they’ve inherited guns, they’ve had guns for a number of years and looking for a way to get rid of them in a lawful manner so that they didn’t get stolen and get used against somebody else.”

Our local sheriff’s department collects many weapons throughout the year. Many are confiscated and others are willingly brought in by people to the police station. The need for a program like this is much-needed within our community. People are bringing in multiple weapons even a few modified assault rifles. LAPD has been running a similar successful program for many years.

When asked do you have a goal or an expectation you would like to see reached today? McMahon responded, “We had no idea what to expect today we purchased $100,000 worth in gift cards, and talking recently with the Redlands station their response is similar to the one here in Victorville. The response is overwhelming and we may end up buying more gift cards to get through the day. 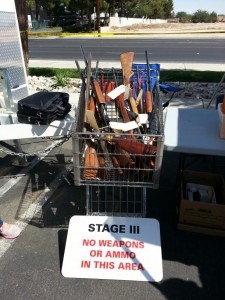 He was also asked what happens with the guns once you guys collect them all? “All the fire arms will be run through the stolen fire arm system to make sure that there not stolen. If any are stolen they will be returned to their rightful owner(s). If they are not stolen they will ultimately be melted down at Tamco Steel in Fontana. That company will work with us, and melt them from all 6 locations and then the guns will be used as reinforcement bars that will be used in construction projects throughout the county, through there project Isaiah program”, said McMahon.

Project Isaiah is one of the most unique recycling programs in the United States. Since 1993, several Southern California law

enforcement agencies have delivered confiscated firearms to TAMCO to be melted and recycled into steel reinforcing bar (rebar) for use in the construction industry.