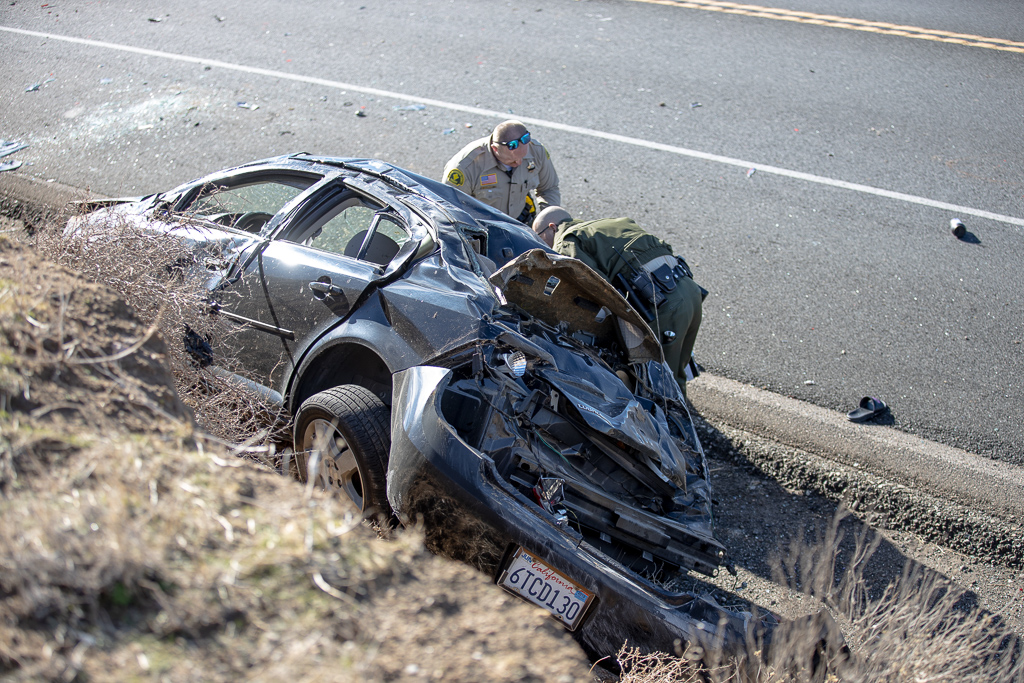 HESPERIA, Calif. (VVNG.com) — A 19-year-female was flown to a trauma center in critical condition after she was ejected during a crash Sunday.

Just before 10:30 am, on January 6, 2019, emergency crews were dispatched to a single-vehicle crash on Highway 395, south of Main Street.

First responders arrived on scene and located a black 2008 Chevy Cobalt with major damage crashed along the dirt shoulder of the northbound lane facing south.

San Bernardino County Firefighters responded and requested helicopter H325 to airlift a 19-year-old female that was ejected during the rollover crash.

The condition of the female is unknown at this time.

The cause of the crash is under investigation by the Hesperia Sheriff’s Station. Anyone with information is asked to call (760)947-1500.