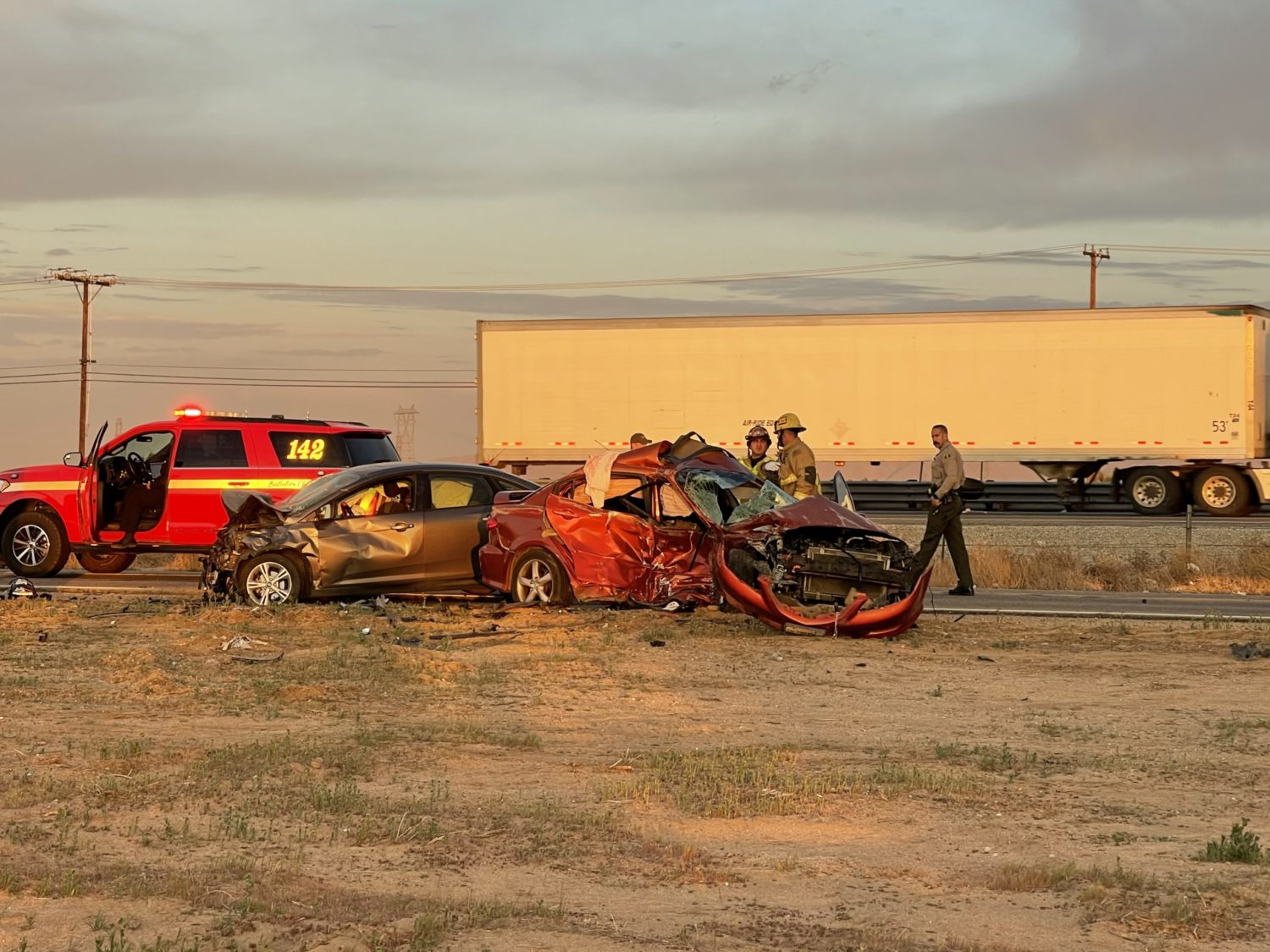 HESPERIA, Calif. (VVNG.com) — Authorities are continuing to investigate a head-on collision that claimed the life of a 19-year-old woman.

It happened at 6:45 PM., on April 1, 2021, on Amargosa Road between Palmetto Way and the California Aqueduct.

Through witness statements and other evidence at the scene, investigators determined the driver of the Mazda 6 lost control of the vehicle for unknown reasons, crossing over into oncoming traffic, and was struck by the Ford Focus.

Despite life-saving measures, the 19-year-old female driver (and sole occupant of the Mazda 6) was pronounced deceased on scene by fire department personnel.

The Ford Focus was occupied by the driver and two passengers, including a juvenile. An adult female passenger was transported to an area hospital for treatment of injuries. The exact cause of the collision remains under investigation.

The San Bernardino County Coroner’s office said the name of the deceased is being withheld pending the notification of next of kin.

Anyone with information, or anyone who may have witnessed the collision, is asked to contact Deputy F. Zavala or Deputy S. LoPiccolo at the Hesperia Station 760-947-1500.