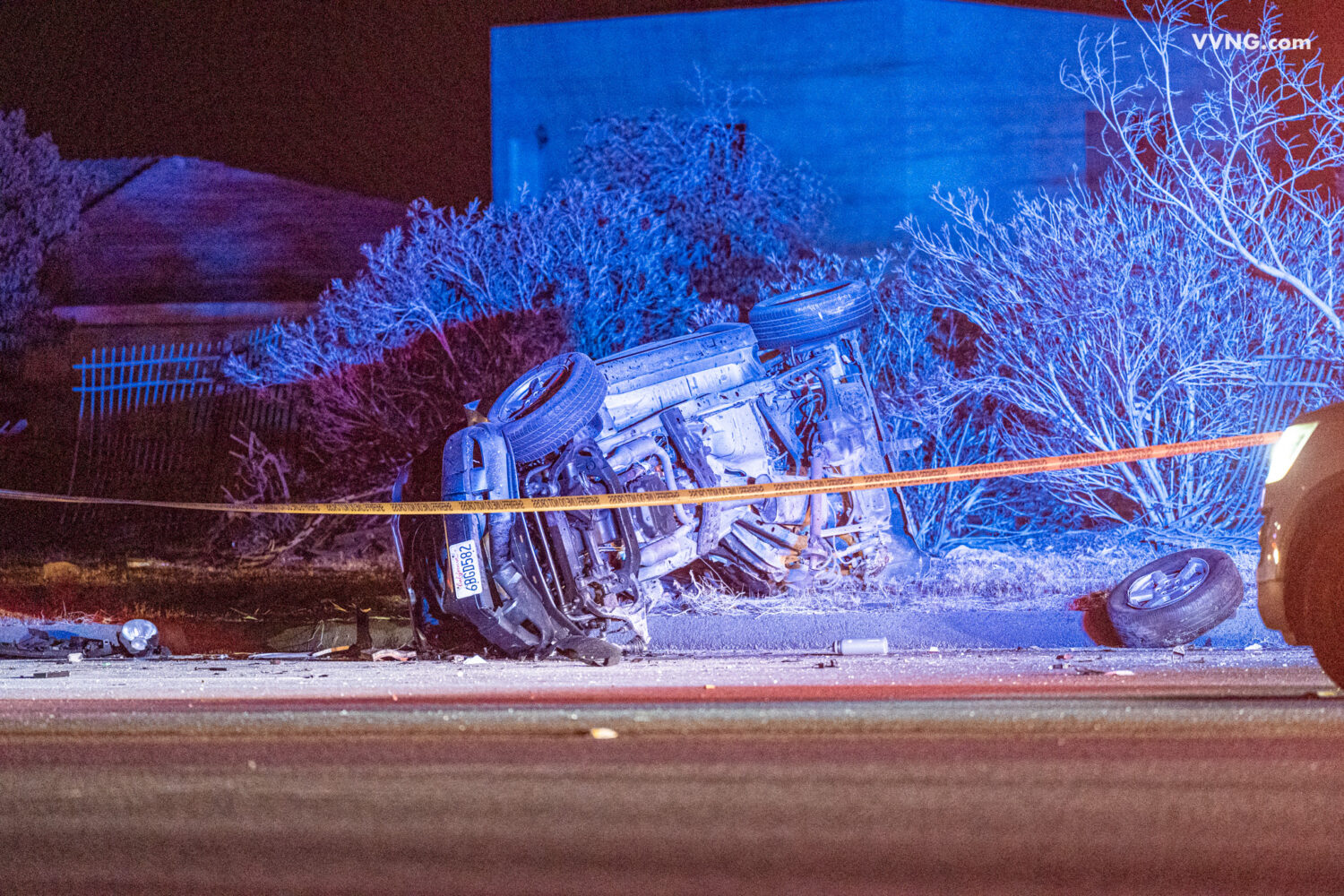 HESPERIA, Calif. (VVNG.com) — An 18-year-old from Hesperia was killed in a Monday night traffic collision and the 19-year-old driver of the other vehicle was arrested for gross vehicular manslaughter while intoxicated.

On Monday, April 25, 2022, at approximately 9:38 p.m., deputies from the Hesperia Sheriff’s Station and rescue personnel from the San Bernardino County Fire Department responded to a traffic collision at the intersection of Main Street and Walnut Street, in the city of Hesperia.

Upon arrival, deputies discovered a 2002 Dodge Ram, driven by Nicolas Farino, a resident of Arizona, traveled east on Main Street toward the intersection of Walnut Street.

“Farino crashed into the passenger side of the Jeep, causing the Jeep to rollover onto its side,” stated officials.

The driver of the Jeep Liberty was pronounced deceased at the scene. Her identity is being withheld pending notification of next of kin.

Farino, along with his 18 and 16-year-old passengers was transported to a local hospital for minor injuries.

According to a news release, “during the investigation, it was determined Farino was driving recklessly immediately prior to the crash and was also found to be driving under the influence.”

Farino was arrested after he was discharged from the hospital and was booked into the High Desert Detention Center for PC 191.5 – Gross vehicular manslaughter while intoxicated.

Main Street from Walnut Street to Rock Springs Road was closed for several hours while members of the Hesperia Major Accident Investigation Team processed the scene.

Anyone who has information or may have witnessed the collision is urged to contact Deputy T. Rogoff or Sergeant Brendan Motley at the Hesperia Station at (760) 947-1500.