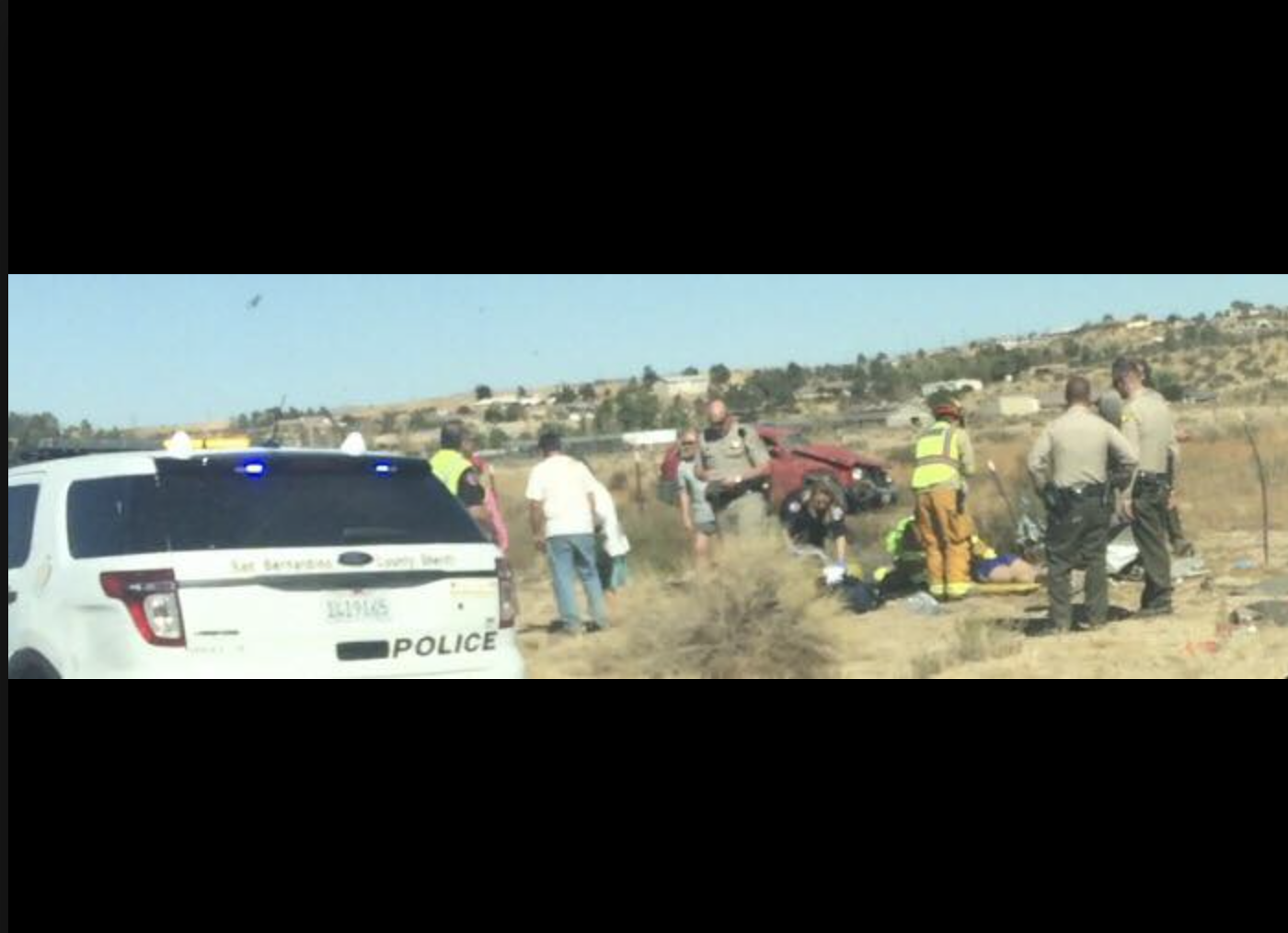 APPLE VALLEY, Calif. (VVNG.com) A 19-year-old Apple Valley woman was critically injured after she was ejected from her vehicle following a crash.

It happened at 1:20 pm., on Friday, near the intersection of Deep Creek Road, north of Ocotillo Way in Apple Valley.

Officials said a 2003 Jeep Liberty was traveling northbound on Deep Creek Road, approaching the rear of a vehicle stopped, waiting to make a left turn into their driveway.

While the Jeep was overturning, the driver was not wearing her seatbelt, and was ejected from the vehicle. The driver suffered major injuries and was transported by CHP Helicopter H-80 to Arrowhead Regional Medical Center for treatment.

Alcohol or drugs are not suspected to be a factor in this collision.