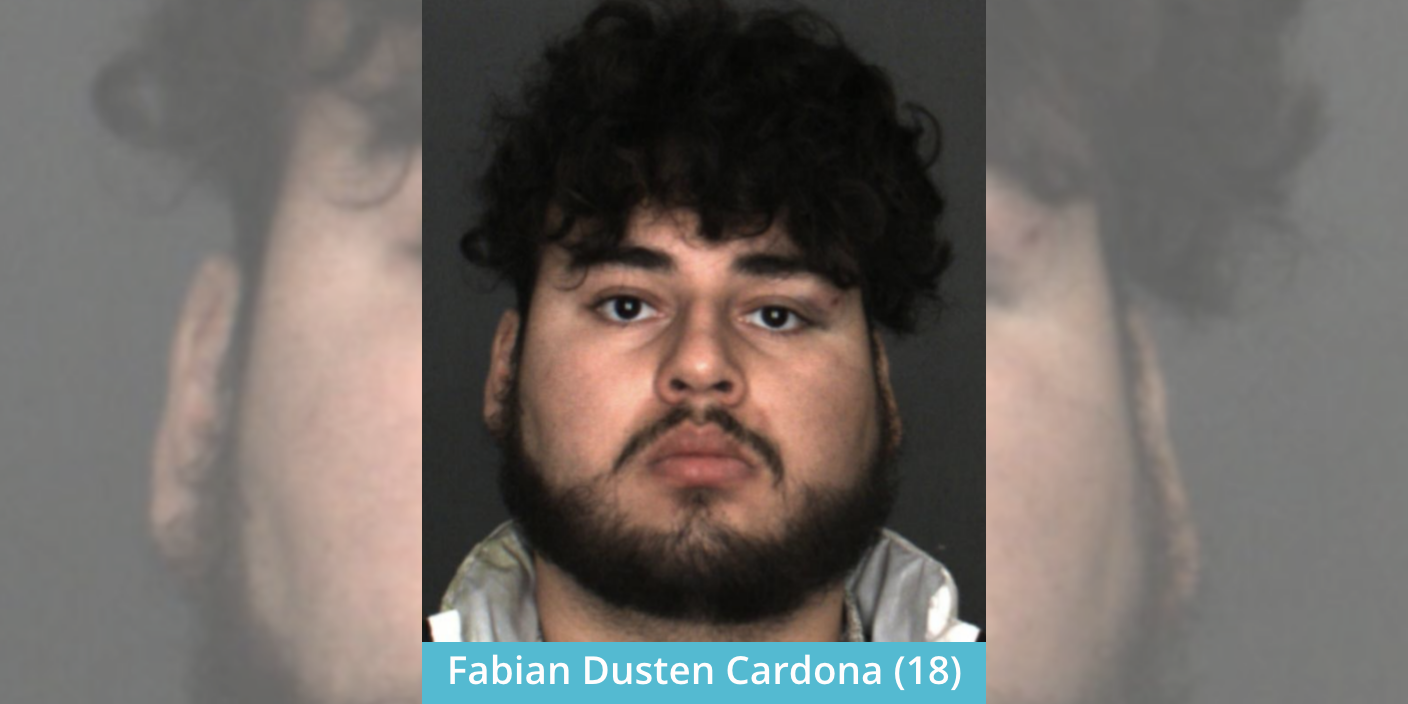 FONTANA, Calif. (VVNG.com) — Fabian Dusten Cardona, 18, of Fontana was arrested after police say he shot and killed his mom inside their home Thursday night.

At about 1:44 am, Fontana Police responded to reports of shots heard in the area.

Officials said while officers were responding to the area, they received additional calls of shots fired in the street and a report of a male seen holding a rifle outside.

According to a Fontana Police Department news release, “a 12-year-old child inside one of the residences phoned 911 to report her family member was shot inside the home.”

Officers arrived and found Cardona hiding near the passenger door of a white pickup truck.  “Cardona was armed with a scoped AR-15 style rifle and aimed the gun in their direction of the officers,” officials said.

An officer fired one round at Cardona missing him.  Cardona immediately dropped his rifle and surrendered to the officers.

Officers and medics went into the house and located a fifty-year-old female suffering from multiple gunshot wounds to her torso.  She was transported to an area hospital where she later succumbed to her injuries.

The area was cordoned off for hours while detectives completed their Investigation.

The investigation revealed Cardona is the victim’s son.  Both lived at the Fontana Home.

The preliminary investigation suggests Cardona had shot the victim, exited the residence and banged on at least two unrelated doors of homes.  He then fired his rifle at an unoccupied van parked in the street. Cardona then broke into a pickup truck where he appeared to be lying in wait for the officers.

Detectives are trying to determine a motive to the shooting.

Cardona will be booked into the West Valley Detention Center for homicide.