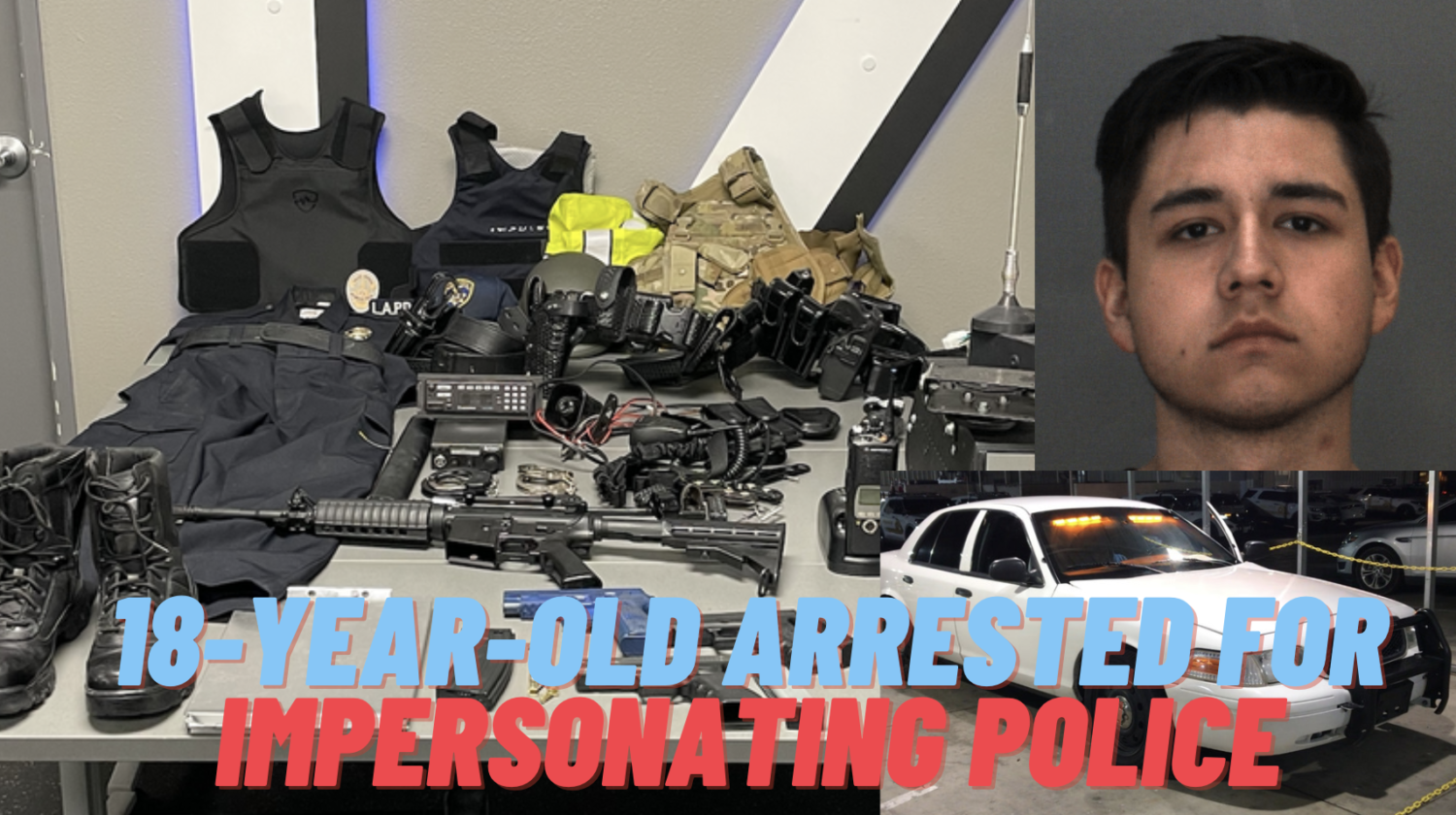 VICTORVILLE, Calif. (VVNG.com) — An 18-year-old from Toledo, Ohio was arrested in Victorville after allegedly impersonating a police officer, officials said.

On December 15, 2021, at about 11:12 am, deputies of the Victorville Gang Enforcement Team conducted a traffic stop on a white Ford Crown Victoria in the area of La Mesa Road and Petaluma Road.

“A search of the vehicle was conducted and ballistic armor, an imitation firearm, pepper spray, LAPD patches and other miscellaneous police gear were located,” stated a sheriff’s news release.

The driver of the vehicle was identified as Rudy Reed, a resident of Toledo, Ohio, who wore a “Toledo Police” hooded sweatshirt during the time of the initial contact.

Prior to the traffic stop, deputies observed Reed responding to traffic collisions and illegally positioning his Crown Victoria in the roadway in a manner law enforcement does to block traffic during collision investigations.

Reed was subsequently arrested and booked into the High Desert Detention Center for PC538D(a), False Impersonation of a Peace Officer.

Anyone with information about this investigation is asked to contact Deputy F. Demara at the Victorville Police Department at (760) 241-2911 or Sheriff’s Dispatch at (760) 956-5001. Callers wishing to remain anonymous are urged to call the We-Tip Hotline at 1-800-78CRIME (27463) or you may leave information on the We-Tip website at www.wetip.com.