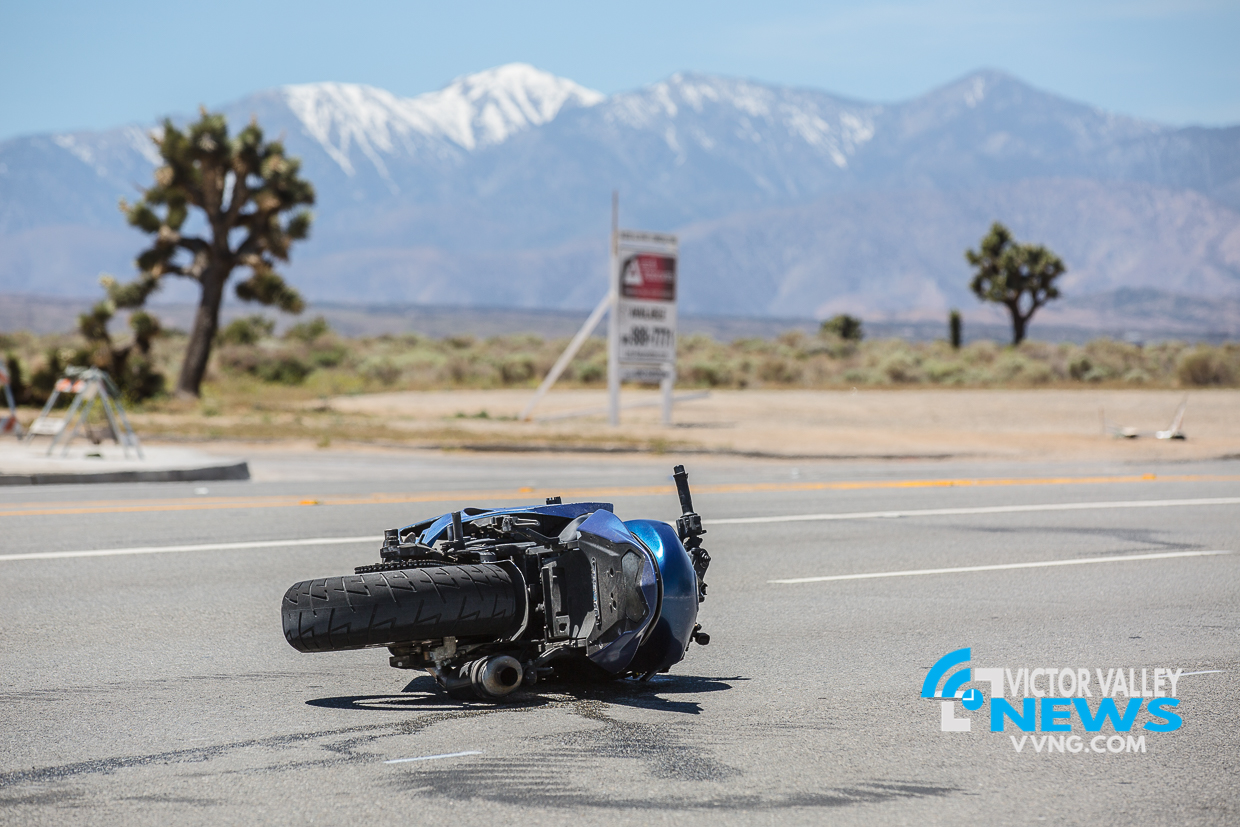 HESPERIA, Calif. (VVNG.com) An 18-year-old motorcyclist was airlifted to a trauma center following a solo motorcycle crash in Hesperia.

At 11:50 a.m. Wednesday, San Bernardino County Fire, along with deputies from the Hesperia Sheriff’s station responded to the area of Main Street and Mesa Linda for a report of a motorcycle crash.

Upon arrival, they located a male down in the roadway on the west side of Main Street. The rider’s motorcycle was several hundred feet away from the where he laid in the roadway.

Hesperia Sheriff’s spokeswoman Jaclyn Chambers said the male was awake and breathing. “His condition is critical and he is being flown to a local trauma center,” stated Chambers.

A witness at the scene told Victor Valley News, he was next to the rider waiting while waiting for the light at Cataba Road. “When the light changed and he just floored it. He lost control and hit the sidewalk,” stated the witness. “I saw his legs hit the metal utility pole and his bike just kept skidding.”

According to Chambers, the rider was traveling in the no. 3 westbound lane of Main Street when he lost control for an unknown reason and skidded to a stop.

No other vehicles were involved and no other injuries were reported. 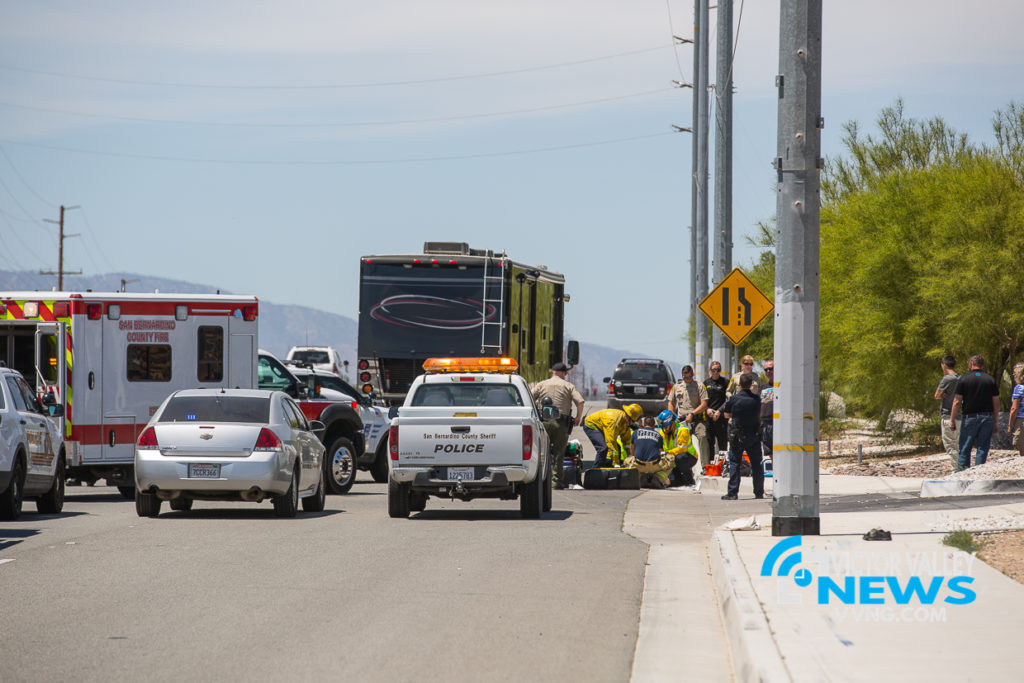