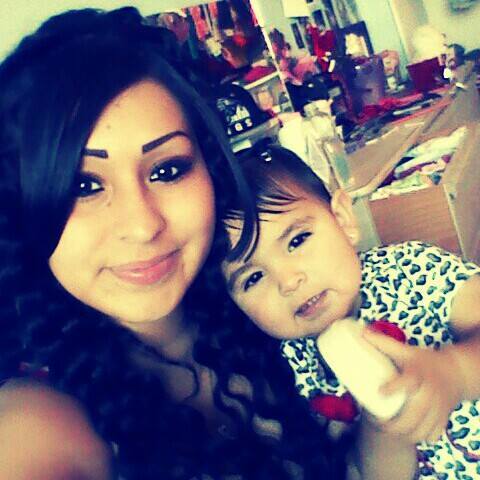 VICTORVILLE:(VVNG.com)- UPDATE: What began as a domestic disturbance between a boyfriend and girlfriend, unfortunately escalated into a shooting that lead to the death of a 17-year-old female identified by family as Gloria Guzman.

At about 12:30 p.m., on Wednesday, June 11th, San Bernardino County Sheriff’s responded to the scene of a disturbance call at the 16000 block of Desert Sand Road, just west of Hesperia Road in Victorville.

According to a family member, Gloria picked up the phone and called her brother, whose identity has not been released asking him to please go over because she and her boyfriend had gotten into a physical altercation. Upon the brother’s arrival, he was confronted by Gloria’s boyfriend and his father. A shouting match of words began and a fight broke out.

During the commotion guns were drawn and several shots fired. In what could only be described as a terrible tragedy Gloria was accidentally shot in the lower abdomen by her own brother. He panicked and he and his friends fled from the scene.

The brother shortly after, contacted a family member by phone and expressed deep sorrow, guilt, and regret over accidentally shooting his sister Gloria. He informed the cousin, he even contemplated taking his own life. The pain of knowing he shot his own sister was simply too much for him to handle. After he learned that Gloria died as a result of the gunshot wound. He decided to willingly turn himself in to police.

Upon Sheriff’s arrival, they located Gloria and her boyfriends father with gunshot wounds. Both patients were transported to Victor Valley Global Medical Center. Gloria unfortunately succumbs to her injuries while in route to the hospital and was declared dead at approximately 2 p.m. The adult male is expected to make a full recovery.

Family members say the shooting was in no way gang related or a retaliation of any kind. Gloria Guzman leaves behind two small children, 16-month-old Scarlett and 3-month-old Serenity. At this time family and friends are asking for prayer during this difficult time.