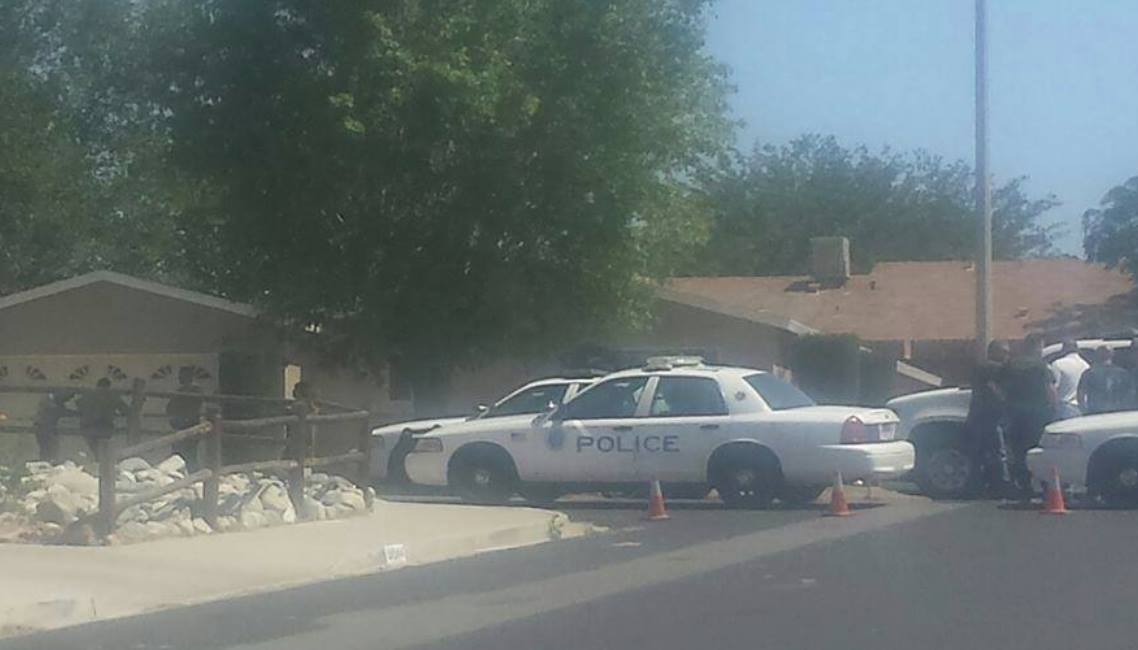 VICTORVILLE: (VVNG.com)- At approximately 12:30 p.m. on Wednesday, June 11th, San Bernardino County Sheriff’s responded to the scene of a disturbance call at the 1600 block of Desert Sand Road, just west of Hesperia Road in Victorville.

Neighbors said a domestic dispute occurred at the residence which subsequently lead to several shots being fired allegedly by other members of the family.

Upon arrival Sheriff’s found two individuals with gun shot wounds. The shooting victims, described as an unidentified adult male and the other a 17-year-old mother were transported to Victor Valley Global Medical Center. The young female victim unfortunately succumb to her injuries and was pronounced dead at approximately 2 p.m.

Four hispanic males were seeing leaving the scene at high speeds in a turquoise Honda Sedan that was said to be in rough condition according to a neighbor. Witnesses said, “The brother and sister had been arguing then the dad came out. A minute later the brother had friends come and a fight immediately broke out and the brother shot the sister and father. We feel that it was gang related”.

The shooting is now a murder investigation and being handled by the San Bernardino County Sheriff’s Homicide Department. Anyone with information is urged to contact Victorville Police at (760)241-2911.